First Labyrinth Festival to be held at Manchester Academy

The inaugural festival will take place this September.

The team behind the much loved Manchester nightclub Antwerp Mansion and promoter titan Worried About Henry have come together to bring a brand new freshers festival to the north west of England.

On Saturday 21st September, Labyrinth Festival will take over all four of the Manchester Academy's rooms, creating a maze of music and visuals for those in attendance.

Organisers have been busy putting together an impressive line up with the likes of global superstar Example, UK chart topper Becky Hill and BBC Radio 1 DJ host Mistajam all confirmed to perform at the event.

Other artists due to appear include jungle pioneer Congo Natty a.k.a Rebel MC, mixmaster extraordinaire Jaguar Skills, disco outfit Crazy P and funky house legends, Crazy Cousinz. Many more artists are yet to be announced.

The event will also consist of a dedicated jungle cave, a silent disco, an ABBA disco showdown and an immersive visual experience provided by light and sound detractors, Trippy Visions.

We Out Here - was Gilles Peterson's new festival project any good?

Our top five 'Must sees' at this year's Moovin Festival

Here are the next 3 upcoming events At Manchester Academy , Manchester 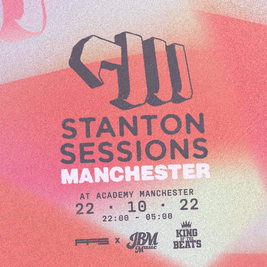 brother firetribe + one desire plus strale

brother firetribe + one desire plus strale

best known for their catchy, energetic, melodic and uplifting songs, brother firetribe and one desir...