Deep in the industrial docklands of Liverpool, on a dark and windy day, there was something other than the weather behaving like a force to be reckoned with on Saturday 3rd February. For weeks, the hype surrounding 303's fifth birthday celebrations had been cooking up a storm, leading us all to be super-charged with excitement. Now the date we had eagerly saved in our diaries was finally here.

Party legends 303 have firmly etched their name into the history of dominant underground dance parties in Liverpool over the last five years – with some phenomenal shows at the Williamson Tunnels under their belt seeing some heavyweight listings added to their resume, including Dave Clarke, Andrew Weatherall and James Zabiela to name a fraction of the DJ’s involved. This time, it felt as if they really were taking things up another level, with a line up and location that blew things right out of the water.

Obviously gaining the utmost respect by their associated artists – putting on the kind of night that attracts Henry Saiz, Nick Warren and Guy J to entertain behind the decks is an enviable feat that many a promoter across the land can only dream of pulling off.

Upon entry into the vast, breathtaking space that is the Invisible Wind Factory, we were instantly hit by the feeling that this was a real venue. It screamed warehouse parties and iconic raves from it’s rafters, with its industrial steel beams and original windows glistening as the striking light production flashed across the room.

As it stands, a dominant building full of character from the mighty ship building days, we found it’s unique construction of metal and wood to be a magnificent vessel for sound, assisting the impressive audio installation to deliver noise right into the beating heart of the venue.

Nick Warren was at the helm as we found a roomy spot to dance - emitting some hypnotic and obscure electro vibes before descending rather rapidly into something more dark and powerful. We were drawn in to the energy of this set from the off, with it soon becoming something we would never forget. Warren never disappoints, however this time it was like all our Christmases had come at once.

Powering out the mighty ‘Pusher’ by The Exorcist GBG, we felt the depth of the set enhancing one track at a time with the likes of Dionigi’s ‘Dancing’ (D.Y.O.R Remix) rattling out over the room before the clock struck 6:30pm.

Encountering some vibrating, ocean-like currents and mighty metallic crashes clouting us in the face during the early part of the set, we really enjoyed hearing Navar’s ‘You Find’ (Dmitry Molosh Remix) as things began to take a more uplifting, classically progressive turn. As a powerful, blue hue filled the room courtesy of the stage-front lasers, it felt as if Warren had a lot of magic tricks hidden up his sleeve.

And perform them he did - with meticulous skill and expert delivery, he drops ‘Challenger’ by Ben Bohmer which blew roof off and took the atmosphere up to a celestial level.

Feeling right at home surrounded by Nick Warren’s trademark prog sounds felt comforting, yet there was a freshness and a huge amount of vigour emitting out around us, confirming that more than ever, the producers and DJ’s dominating the scene at present must be influenced by this deep, addictive sound that never seems to be far away from the dancefloor in some form or other.

Hearing a myriad of sounds from soul-shaking Afro-style vocals with a tribal feel to powerful progressive uplifts and rupturing bass drops prove how versatile Nick Warren can be when it comes to delivering a set to a crowd of eager connoisseurs.

The highlight of his set for us was hearing Hannah Reid’s haunting vocals trickling out through the medium of Antrim’s remix of ‘Wasting My Young Years’ by London Grammar. There was a feeling of an immeasurable, glowing warmth engulfing the room as the xylophone hits echoed up high into the ceiling - it was a spine-tingling moment as we were swept away into another world for the remainder of this magnificent set.

Not believing for a second that anyone could bring us out of the trance caused by Vanita’s ‘Abba’, Guy J stepped right up to the mark, making his presence felt with an attention-grabbing performance. Mesmerising from the start, it was a typical, melodic affair from the Israelis DJ - with added sparkle.

As the night progressed, the space filled with friends sharing drinks and embracing as the sounds hit, taking them on an emotional journey. The crowd was diverse, energetic and passionate - a mixture of veterans and fresh faces, all fully engaged with what was going down. One of the things that contributed to the undeniable quality of the event was the enthusiasm of the crowd and their insatiable energy - it was all smiles to the soundtrack of prog house and techno.

With the sound and visual installation one of the finest we’ve encountered in an industrial set-up, it was a privilege to be placed in the middle of such a raw, historical setting that was once ingrained into the heartbeat of this city. We were now all moving to it’s beat, creating an abundance of warmth, emotion and power on the dance floor.

In typical Liverpool fashion - always the trendsetter - the crowd were breaking the boundaries of techno adorning themselves with glitter and colourful disco-style outfits, providing the unfolding scenes with a unique and cheeky flash of character.

A community vibe was unfolding, with small groups relaxing in hidden areas throughout the venue as others took in the stunning views from the balconies.

By the time Henry Saiz took command (watch his set above), powering through to the early hours with a three-hour set laden with delirious melodies and powerful grooves, 303 and Liverpool had once again showcased its tremendous ability to deliver the very best of parties. Already this is shaping up to be a fifth-year really worth celebrating.

For 303 V part two, they welcome John Digweed and Patrice Baumel to the Invisible Wind Factory on Saturday 31st March.

Skiddle to live stream Henry Saiz and Nick Warren from 303

Here are the next 4 upcoming events At Invisible Wind Factory, Liverpool 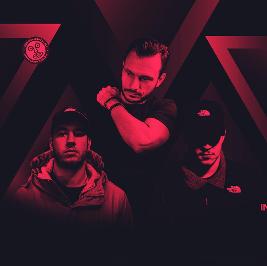 Join us as we welcome ANDY C + More to IWF, Liverpool 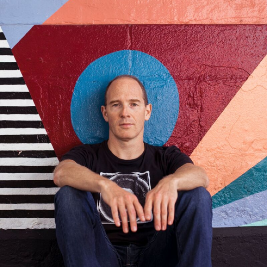 More than a decade of global touring has cemented Caribou’s reputation as much for being a liv... 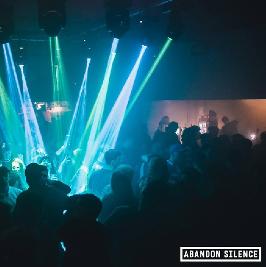 We are back, finally celebrating 10 years with Midland at Invisible Wind factory 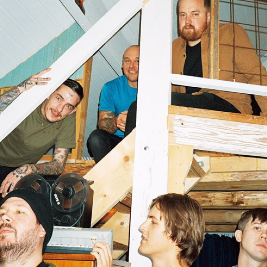