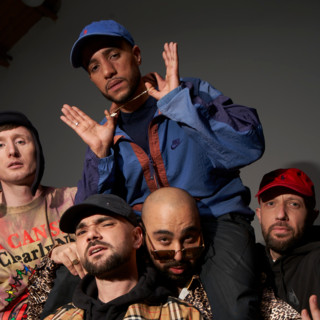 People Just Do Nothing is a BBC television sitcom that was first broadcast in the United Kingdom on BBC Three in July 2014.

The show follows a mockumentary format, and was the first BBC Three programme to premier exclusively on its iPlayer service.

The show started life in 2010 as a YouTube series that was filmed and edited by Asim Chaudhry (Chabuddy G) before the BBC commissioned a pilot in July 2012, which became the most shared iPlayer show for the month.

A four part series was eventually commissioned, which first aired on iPlayer in July 2014, then on terrestrial television the following month.

On 13 November 2014, it was announced that the BBC had commissioned a second series of five episodes, which will air in 2015

Kurupt FM has been mentioned in our news coverage

The Tuesday Club Summer Carnival Is Back!

Made Festival line up announced

Made Festival line up announced

Here are the latest Kurupt FM mixes uploaded to Soundcloud.

Do you promote/manage Kurupt FM? Login to our free Promotion Centre to update these details.