Sam Fawcett caught up with the Mancunian four piece to look back at their biggest year to date ahead of a headline show at the Ritz in November.

The Slow Readers Club have been steadily building a reputation as another top notch electro indie band to come from Manchester. Their eponymous debut album came out in 2011 and since their profile has heightened with each pace of the live circuit.

The release of long-awaited second album Cavalcade last year scribed them on the playlists of BBC Radio 6 Music and Radio X. Following a throughly gripping album, the group were invited to support Manchester icons James at the beginning of the year.

A headline show on their home-patch at O2 Ritz, props itself as an equally mouthwatering fixture. The Slow Readers Club have always wielded a sound that's honed for a larger space and they certainly have the capacity to cement themselves in the city's musical folklore.

Ahead of this huge show on Friday 18th November, Sam Fawcett spoke to the band about one of the most important years in their history.

As we sort of reach the culmination of 2016, you guys have been exceptionally busy. It must have been a crazy year for you all. How would you describe 2016 in a word?

What have been the highlights? You must have a fair few.

Our St Phillips Church gig was pretty special, amazing venue and our fans were really up for it. Back in April we played our debut show in Dublin at The Workman's Club which sold out in a week! that was pretty amazing, we had been played quite a lot on TXFM Dublin before we went over which was a massive help.

We supported James in May on ‘The girl at the end of the world’ tour and played venues up and down the country including Kentish Town Forum, Brixton Academy and Manchester Arena. We were blown away with the support we got from James and their fans.

Jim and Saul from the band would watch our set pretty much every night. We had to do an acoustic set for one of the gigs as David our drummer was unavailable. I think Saul could sense we were a bit nervous and surprised us by joining us on stage to play violin on a track of ours called ‘Forever In Your Debt’.

We also played Kendal Calling for the first time this year, really loved it there, probably our favourite festival so far, we drew a really decent crowd and won a load of new fans. Got some great festivals coming up too, the next one is Victorious Festival in Portsmouth and we are playing the main stage with Noel Gallagher and Echo and the Bunnymen, unreal!

You have in the past year or two branched out from a sort of cult status in Manchester to national recognition now. You’ve touched a lot of peoples ears up and down the country and gained considerable radio play. Does it feel like it’s been a long process or has it been a short sharp jerk to where you are now?

I think things started to move in the run up to the release of our second album when the singles were getting airplay on XFM and 6 Music. It definitely feels like we have momentum now. We've seen our crowds grow up and down the country Manchester, Sheffield, London and most recently Dublin are really good to us in particular.

You have been crafting your sound in Manchester for a while now. You have played the majority of the venues in the city, how does it feel to really reach the pinnacle of the venues for a headline show at The Ritz?

It feels great, we've probably played most of the small to medium size venues in Manchester over the years. We've gone from playing Night and Day size venues to selling out Academy 3 then Gorilla and St Philips Church and now it looks like the Ritz will sell out too, there's about 100 tickets left I think.

You’ve had stadium experience supporting James at the Manchester Arena, has that laid a solid platform for you and make you confident that your sound does translate to a stadium like audience?

Yeah our sound has always been bigger than the smaller venues we have played in the past.

Manchester music fans love their own, you are definitely one of their own. I know this is a one off homecoming show but how does it feel playing up and down the country and then coming back to Manchester for a show?

Manchester will always be the centre of our universe, it always feels great to play Manchester especially recently our show at Gorilla at the end of last year was unreal. We were all really proud of getting that far so the Ritz should be another level again.

Manchester has an amazing scene of electro-synth laden indie pop bands around at the moment. Do you feel, along with Everything Everything and Dutch Uncles, are what Manchester sounds like in 2016?  Do you look to these for inspiration?

We all like different stuff in the band, Phil who produced our album worked on the Dutch Uncles record. I am probably more of a Everything Everything fan though out of the two.

It has been a while since you released “Cavalcade”, what is the next step once the Ritz show is out of the way?

We are writing in the run up to the Ritz so should have a new track or two, we will also be writing more in the new year. I guess we will tour again once we have a bulk of new stuff.

The Slow Readers Club at O2 Ritz in Manchester on Friday 18th November tickets via the box below.

Like this? Check out our interview with Gogo Penguin

Here are the next 4 upcoming events At O2 Ritz, Manchester 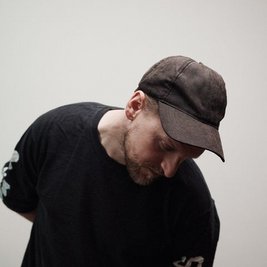 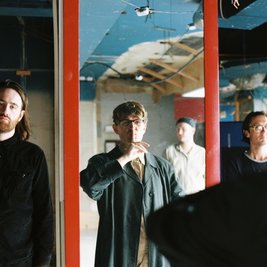 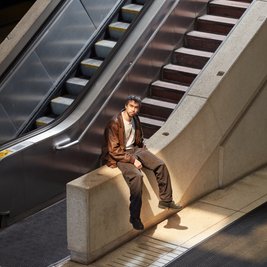