The Best UK Dance and EDM Festivals in 2021

What could be more rewarding right now than a weekend away to indulge yourself within one of the UK's many EDM festivals? Well, with this handy guide to the best EDM/dance festivals from the top to the bottom of the UK

What could be more rewarding right now than a weekend away to indulge yourself within one of the UK's many EDM festivals?

Well, with this handy guide to the best EDM/dance festivals from the top to the bottom of the UK you're really spoilt for choice in 2021.

With huge lineups featuring artists such as Bicep, The Chemical Brothers and Jamie XX all popping up all over the place, it looks as though we are ready to party harder than ever before. So go free and let loose this summer because you've earned it!

Field Day is dedicated to the best in electronic music and is part of this year's All Points East festival. They have managed to secure Bicep's only London festival set this summer after the duo managed to get #2 in the charts with their most recent album.

The lineup is one of this year's best and promises to be one hell of a party. With Floating Points, Jungle and Ross From Friends performing it's shaping up to be the celebration we all deserve. 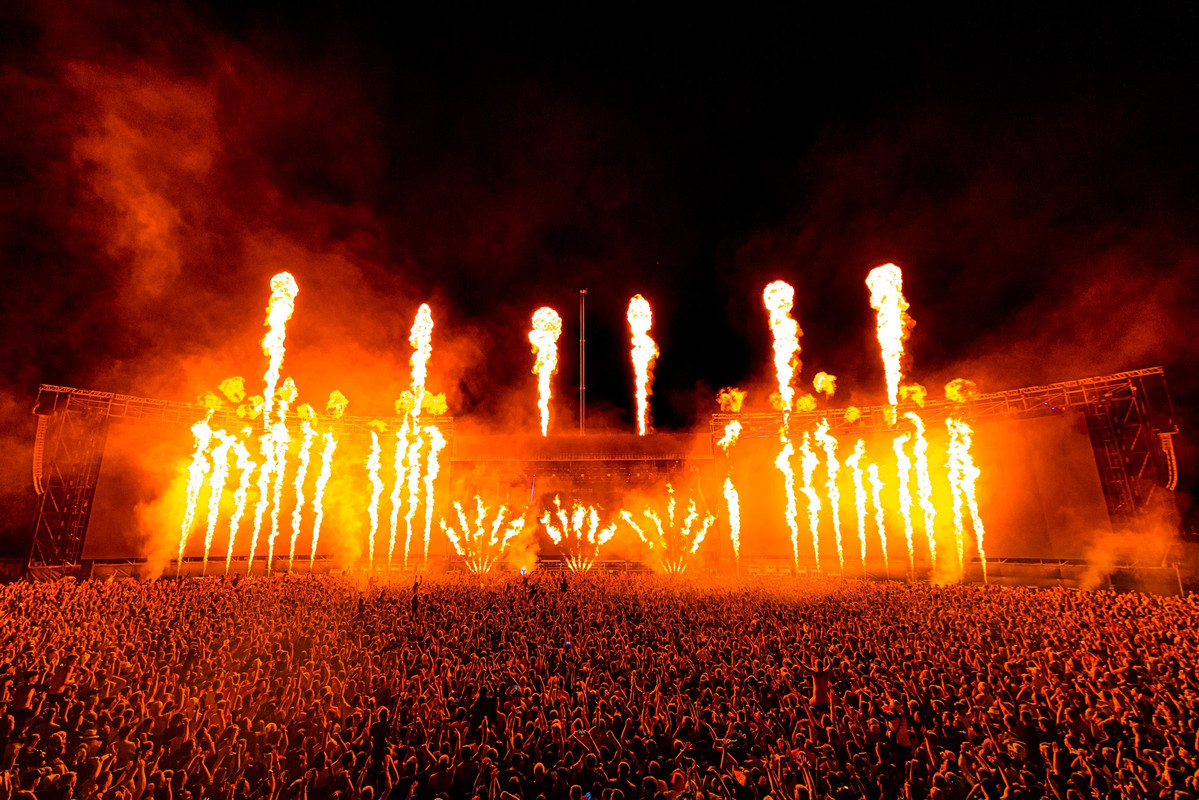 Creamfields is one of the most highly anticipated festivals on the UK calendar. Bringing you the very best in dance music, with huge names such as Camelphat, Pendulum and Deadmau5. With over 300 artists performing over a four-day weekend you will surely be spoiled for choice.

The world's leading electronic festival can't wait to welcome us back into its fold for one of the biggest and brightest shows on offer this year.

The self-described 'emporium of hedonism'. Head up to Leeds later this year for a worthy celebration of the festival's 10th anniversary. They have acquired Newsam Green Farm, a 136-acre space overlooking Leeds city centre.

It's the first time they've ever had a permanent site and they are set to announce their most exciting lineup yet, with some huge names from EDM and beyond.

With a hugely successful edition of the event in 2019, Elrow returns to London this year and bring their usual sense of madness with them. This year is promising to be 10 hours of non-stop partying, expect to see weird and wonderful characters all around as you dance away the sunlight into the evening.

Within this town of dance music, the organisers have been busy constructing some new landmarks for this year's edition so anything is on the cards really. If you want somewhere with an electric energy that never stops then Elrow Town London is one for you. 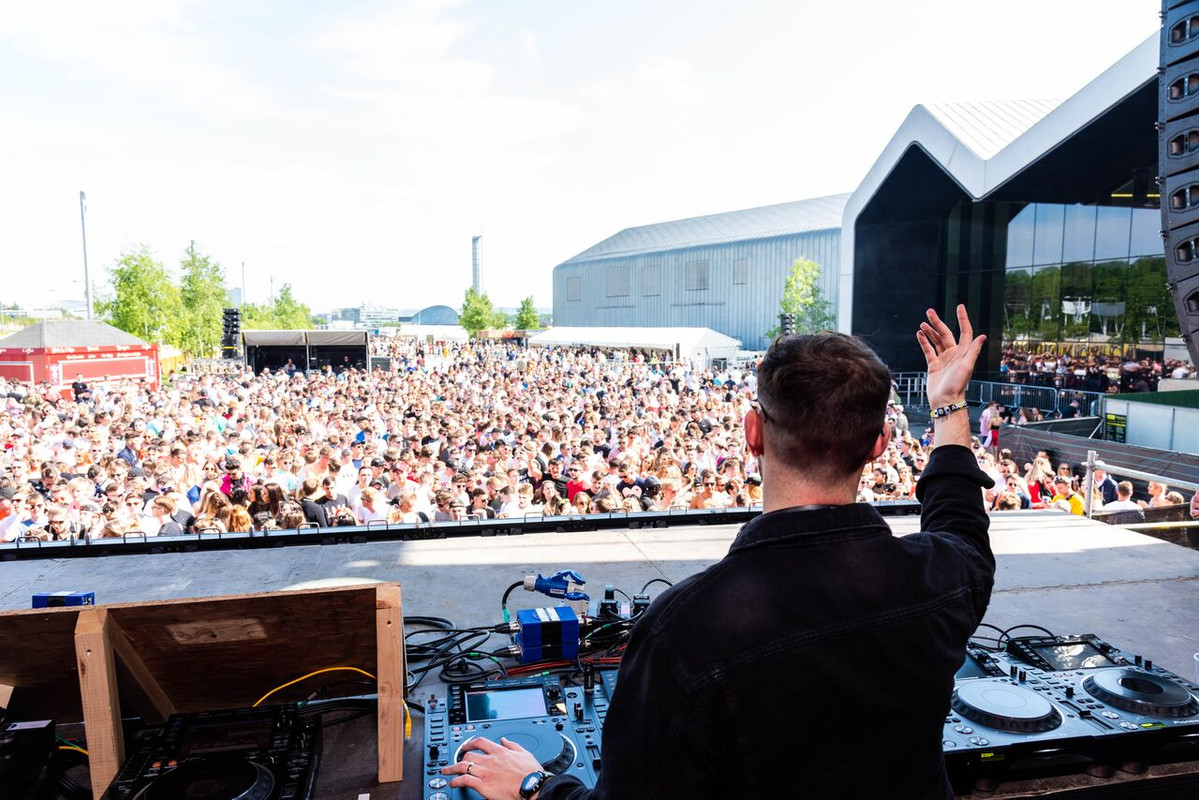 Where: The Riverside Museum, Glasgow

Now in its 8th edition, Glasgow's Riverside Festival is growing year on year. With a bumper lineup for 2021 including acts such as Disclosure and Jamie XX, it can confidently lay claim to being one of their most ambitious year's so far and the full lineup has still not been revealed.

Situated on the grounds of The Riverside Museum on the banks of the River Clyde, it is a unique location that brings together some top talent. It is the place to be if you love electronic music in Scotland.

One of the most reputable festivals in the UK, Parklife has become one of the top destinations for all the hottest artists and genres. You'll find indie, grime, hip-hop and most importantly lots of good EDM music. 2020 was set to be the festival's biggest year yet and the delayed 2021 date will be no exception.

Parklife sees the biggest acts in the world descend upon Manchester and local organisers such as The Warehouse Project are on hand to deliver a selection of stages that make other festivals feel very jealous indeed.

Plymouth festival The Weekender is pulling out all the stops this year. Returning to its much-loved site of Newnham Park, the festival offers a range of locally crafted beers, local food vendors and even a funfair. All that and some of the most exciting dance music acts from the UK right now including Wilkinson and Danny Howard.

Not only will there be 4 stages but when night falls the afterparties begin. Surrounded by the lush greenery and listening to all of these brilliant artists makes The Weekender very tempting.

Find tickets for The Weekender here 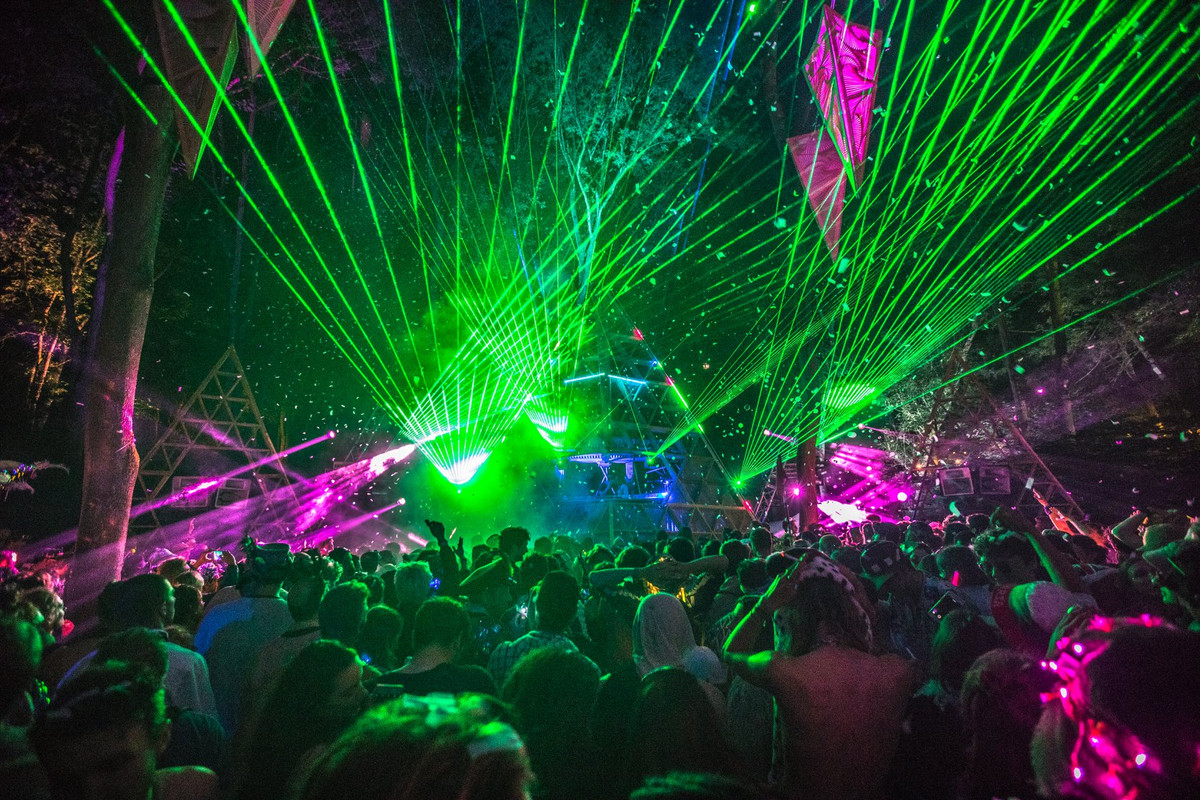 Noisily is a festival with an ethos, based upon five core pillars of Inclusion, The Environment, Wellness and Education, Community and Creativity. With 6,000 people entering Coney Woods over the weekend, it keeps an especially intimate atmosphere. The five pillars advocate for a sense of community, where people of shared values and beliefs go to let loose.

The wider festival celebrates art, with a focus on psychedelic art and culture, making for some wonderful otherworldly imagery. The lineup itself features a range of artists from across a spectrum of electronic music, bringing in great headliners and putting an emphasis on local favourites. Noisily is an invitation into a family.

The One In The Woods

Only 20 minutes from Liverpool lies an area of woodland just waiting to be discovered. The much-anticipated debut from The One In The Woods is happening in 2021. It's set to be a festival of blessed escapism, a whole labyrinth of opportunities to hide away, soundtracked by Techno and Drum & Bass.

Across three stages you'll find world-class artists such as Jeff Mills, Sub Focus and Ben Klock who will be bringing mesmeric and eye-opening live performances. Leave the working week behind and indulge yourself in an alternative reality.

Find tickets for The One In The Woods here

There are festival escapes and there are remote island festival escapes. No this isn't Fyre Festival, this is One Island Festival in Maldon, Essex. Running in September, the island is in close proximity to London and boasts a whole host of unique perks. From the sea views to the hammocks and beach shacks that will be popping up. A 500 capacity festival means that it will certainly feel more like an exclusive holiday rather than being congested.

The music on offer will be a mix of R&B, hip hop, Disco and House. Plenty of special live performances are planned and some red hot DJ's will be appearing alongside local talent. This is a very unique experience within the UK and it's not often you can get such an isolated experience at a festival. 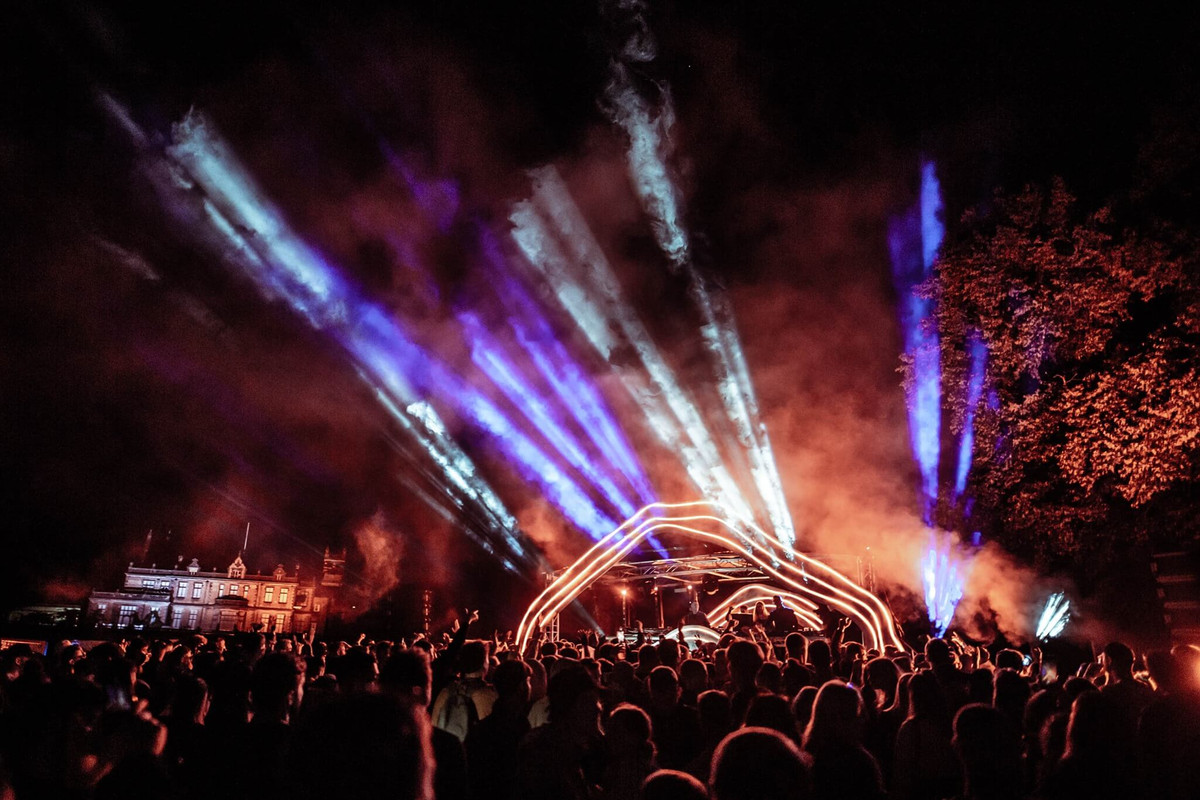 Escape to the beautiful Cheshire countryside for Hide & Seek Festival. A one day showcase of phenomenal electronic music rooted firmly in the middle of a 100-acre wood. Running from 11 am to 11 pm, this all-dayer will provide non-stop party energy and asks you whether or not you can keep up.

After a hugely impressive debut back in 2019, the festival aims to make good with its second edition, upping the ante with bolder production and design. It's a festival with a small capacity but with a huge atmosphere.

2021 will be the debut of One Out Festival taking place in Surrey, surrounded by gorgeous countryside with fields as far as the eye can see. Amongst these fields, where there are plenty of hidden trails you'll find the festival site where the hottest names in dance music have all come to congregate for a day.

With two bespoke stages of House, Disco and Dance, you will be spoilt within the splendour of the local scenery. One Out Festival is incredibly accessible despite its location, situated only 35 minutes from Waterloo Station.

Find tickets for One Out Festival here 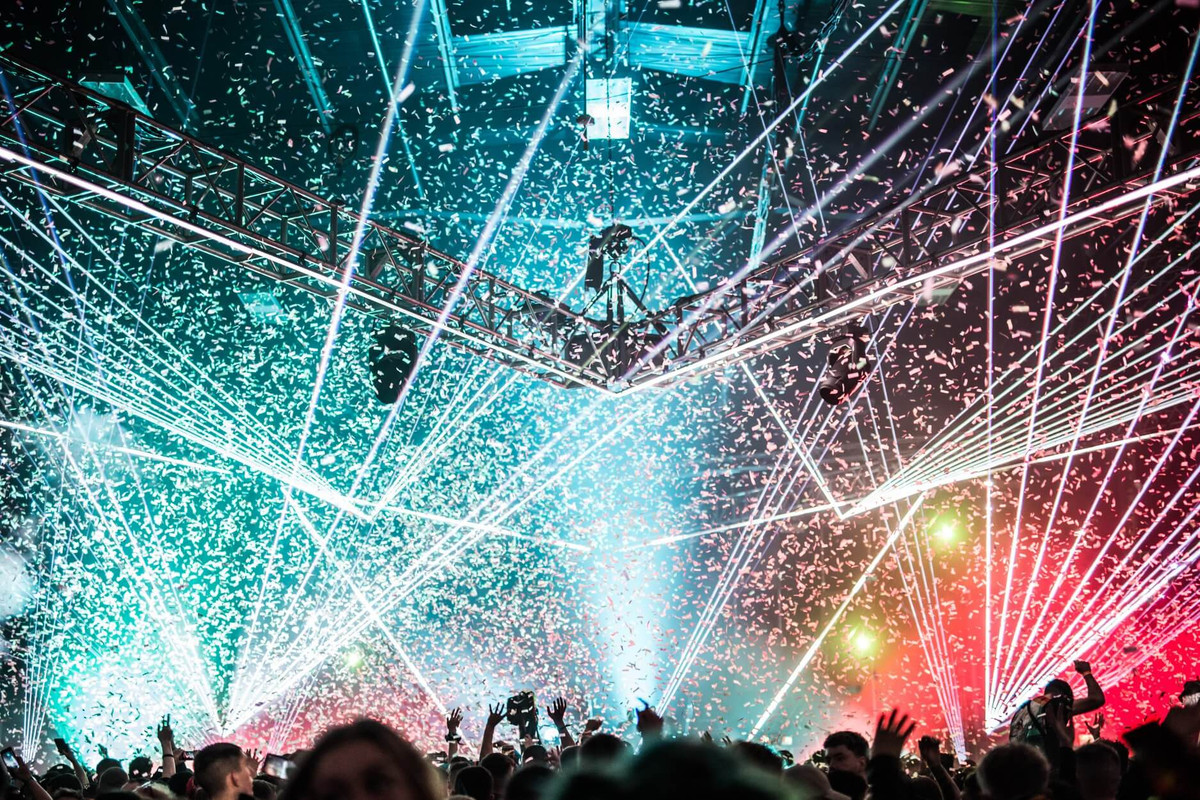 Quickly becoming one of the largest indoor festivals in Europe, the momentum behind Terminal V is huge. It may just be one of the best parties of the year and has one of the best lineups of anywhere in the UK this year.

Has this list of the best EDM festivals got you thinking about your plans for this summer? Check out our festival finder here to find your next destination!