The Best Music Festivals in Spain

From Benicassim to the Balearics, sunny Spain is home to some of Europe's very best music festivals

Arguably one of the most popular destinations for jet setting festival goers, sunny Spain is the cultural base for many of Europe’s finest music events. And for good reason.

Boasting infinite golden beaches, crystal clear seas and wall to wall sunshine throughout the festival season, the Iberian Peninsula attracts hundreds and thousands of revellers, along with many of the world’s biggest music stars, year after year.

With this in mind, we’ve put together a list of the very best music festivals Spain has on offer. Join us in bidding farewell to the typically damp British summertime and say Hola to the warmer climes of Espana in 2021.

Easily one of Europe’s most popular music festivals, Barcelona’s Primavera Sound delivers on multiple levels, offering a consistently diverse line-up of contemporary greats from all over the globe each year.

A leading example amongst their festival counterparts, Primavera was the first to deliver a line-up in with a 50/50 gender split back in 2019 - featuring appearances from Miley Cyrus, Erykah Badu, Rosalia, Solange, Robyn, Janelle Monae, Kali Uchis, Peggy Gou, FKA Twigs and Christine and the Queens, alongside the likes of Tame Impala, FUTURE and Interpol.

Situated on the sprawling waterfront complex of Parc Del Forum, the festival, which has already sold out, will celebrate its belated 20th anniversary in 2021, with a lineup that’s going to be seriously hard to top.

Where: Espacio Mad Cool in Madrid

Always delivering huge headline acts in the scorching heat of Madrid, Mad Cool has routinely brought out the big guns since its inception in 2016, with past performers including the likes of Kasabian, The Who, Tame Impala, The Prodigy, Bon Iver, The Cure, Arctic Monkeys and Kings of Leon.

Celebrating the festivals fifth anniversary event in 2021, the line-up once again looks to bring a varied range of some of the world’s biggest stars to Madrid for its first four-day party.

Where: Various venues in Barcelona

Sonar Barcelona, and co-existing 'unofficial' week-long fringe event, OFFSonar, are at the forefront of global electronic music events, bringing a heap of cutting-edge electronic acts and DJs to the city year after year.

Sonar - which now attracts 100,000 people over three days and nights - has existed since 1994, and in its time has attracted the likes of Björk, Kraftwerk, The Chemical Brothers, Pet Shop Boys and DJs including Laurent Garnier, Sven Väth and Nicholas Jaar. If big names, festival stages and larger crowds are your bag, Sonar is the one for you.

But if you're after more intimate sets inside more unique venues (including a monastery), the week-long Off Sonar programme might be more your bag, with the chance to catch some of the main festivals biggest acts in smaller venues right across the city. 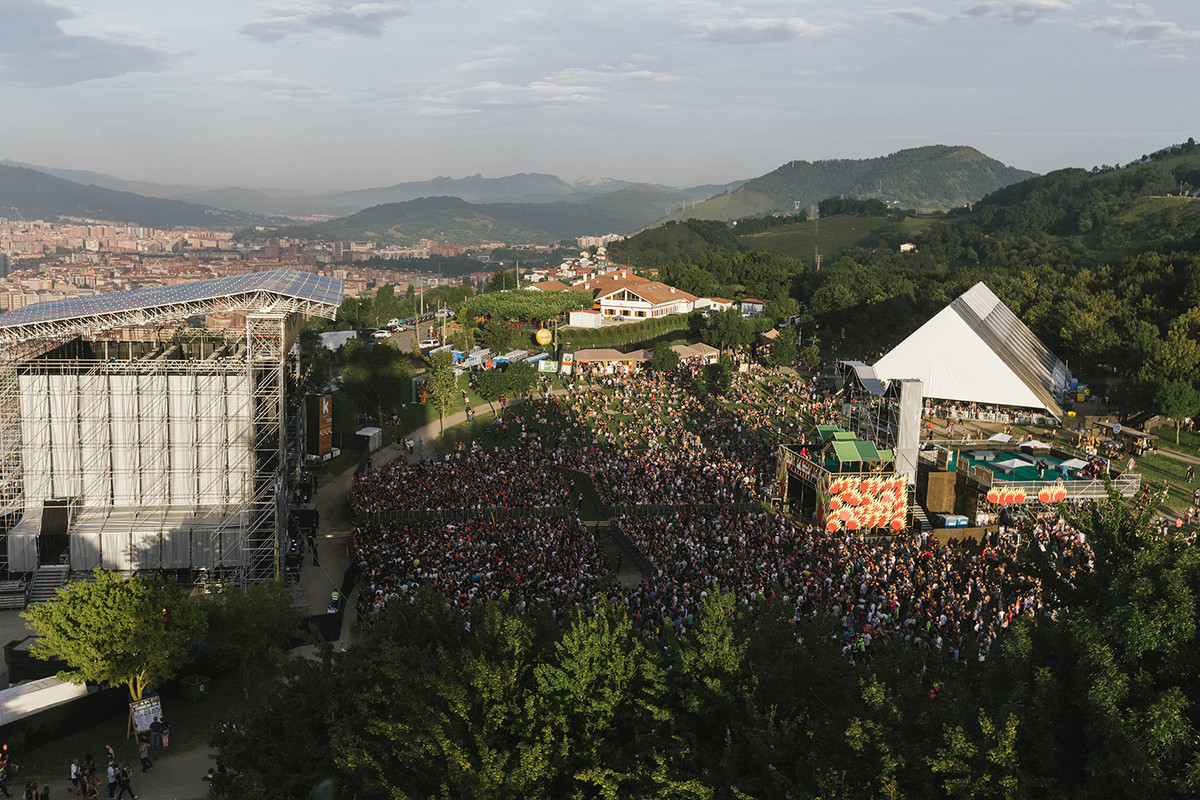 The city of Bilbao in Northern Spain hosts this annual celebration of rock, pop, electronic music and plenty more on the scenic slopes of Mount Cobetas.

Running since 2006, the event has become a mainstay in the Spanish festival calendar, welcoming some 100,000 people every July.

If you're planning on heading there next summer, you can expect to see the likes of Bicep, Caribou, The Killers, Supergrass and plenty more, as the festival delivers one of the must-see lineups of 2021.

When: Date to be announced

A huge favourite for Brits looking to soak up the rays while enjoying a heap load of great music on Spain's east coast. With on-site camping and a beach nearby, it's little wonder this festival's popularity has never waned, attracting heaps of British music lovers.

Previously playing host to huge names such as Fatboy Slim, Lana Del Rey, George Ezra, Kings of Leon and The 1975 to name a few, 2021’s lineup is set to be one of the biggest and best of next year’s festivals season. 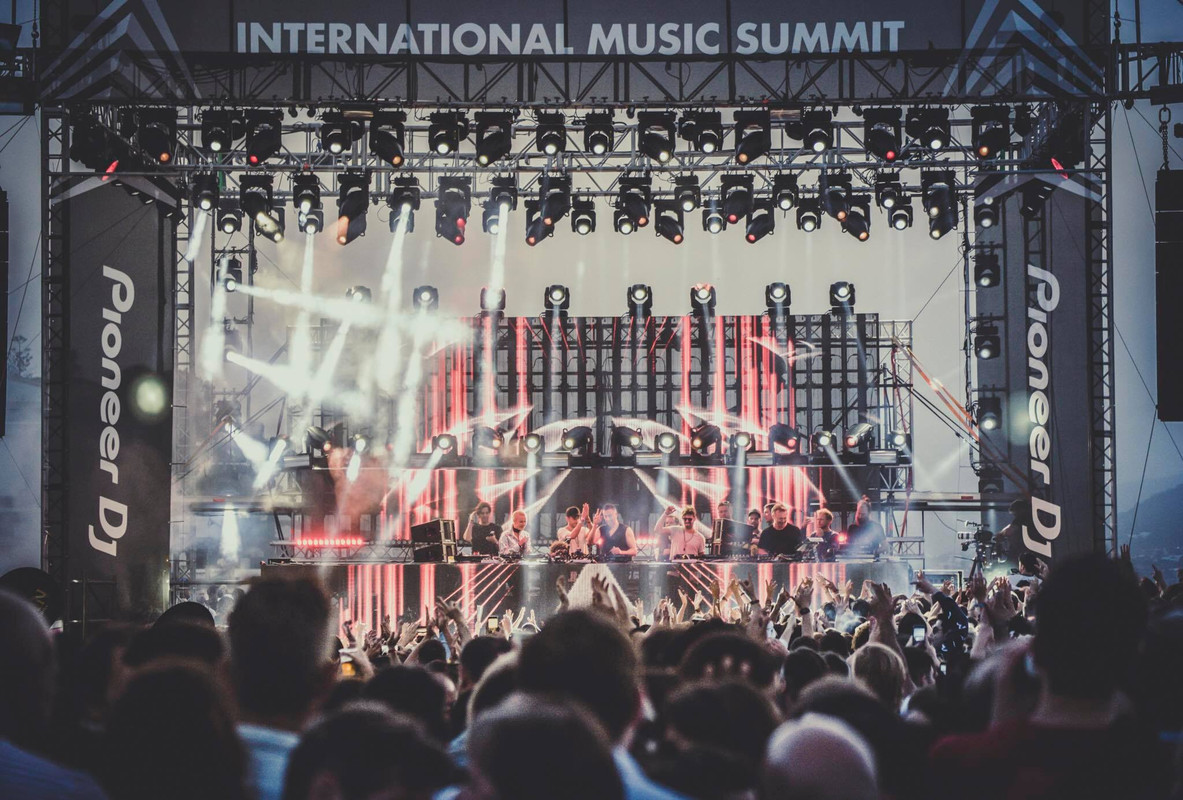 When: To be confirmed

A leading global voice for business, education and culture within the realms of electronic music, IMS (International Music Summit) - Ibiza returns to the White Isle in 2021 for it's 13th edition, following the postponement of this years instalment.

Held at the stunning UNESCO World Heritage Site of Dalt Vila, this unique conference and party event is a must for aspiring DJ's, industry heads, music lovers and sun soakers alike.

Featuring a programme packed full of inspiring keynote speeches and panels from some of the most renowned electronic artists and brands in the business, as well as workshops, masterclasses and networking opportunities, the three day summit offers a wide range of experiences for all to engage with. And we've not even mentioned the live music part yet.

Ticket holders will benefit from access to the 60 plus Ibiza opening parties taking part at clubs across the island, with delegate badge holders also gaining access to the exclusive IMS closing celebrations at the historic festival site.

Rototom Sunsplash European Reggae Festival, to give its full name, also takes place in Benicassim and has done since 2010, having moved from its original location in the Italian alps.

The week-long event gives festival goers the opportunity to live for one week in a real reggae village, with different (and free) activities all day and night long.

Offering not just a music festival but "a way of life", Rototom brings the best in reggae, dub and roots music while celebrating Jamaican culture through dance, cuisine and partying.

Otherwise known as the old zoo, the festival site is littered with abandoned animal enclosures, including the famous seal pit. The venue also has a pool, several open-air spaces and a 600-capacity indoor club.