» News and Features » Ten of the Best Sets from Glastonbury 2022

Ten of the Best Sets from Glastonbury 2022

Here are the best sets from the 2022 edition of Glastonbury.

Glastonbury 2022, you were an absolute blast! Even watching from home felt like seeing history in the moment as records were broken during what felt like a very special year for the festival. The ultimate signifier that things are gradually getting a bit closer to normal, seeing thousands of people go through the gates of Worthy Farm was actually quite emotional.

The line-up for this weekend was absolutely perfect and we were bombarded with performances from all genres and all walks of life. From pop perfection to rock bands fully in their prime, here are the best moments we managed to catch from the weekend.

We have to start at what might be the pinnacle of the weekend, with the legend that is Paul McCartney headlining the Saturday night of the festival. The oldest headliner in the festival's history, you wouldn't believe it as he played for almost three hours. Going through Beatles classics and his solo catalogue, this was a victory lap for an icon.

He brought out Dave Grohl and Bruce Springsteen to rapturous applause, with the two guests themselves even seeming in disbelief at times as they stood and applauded the Beatles man do his thing. A hologram of John Lennon even joined him. It was an absolute triumph of a set.

Australian dance act Confidence Man got the festival in full swing during their Friday set. The perfect warm-up act, they were fully in the rhythm with coordinated dance numbers and at least three outfit changes. They really seemed to emphasise the most fun aspect of Glastonbury.

As Lorde said herself on the Pyramid Stage on Sunday as the sun was beaming its brightest, her music is the perfect way to relax after a heavy couple of days. Lorde's stage show in lieu of her Solar Power era is nothing short of staggering. Wowing the crowd with her newly dyed blonde hair, she gradually upped the tempo.

By the time she was going into tracks such as Supercut and Green Light, the whole crowd was bouncing. A perfect example of how to make a live performance into an experience far beyond the music itself, this was Lorde's Sunday service. there was even a singalong with Arlo Parks and Clairo too. 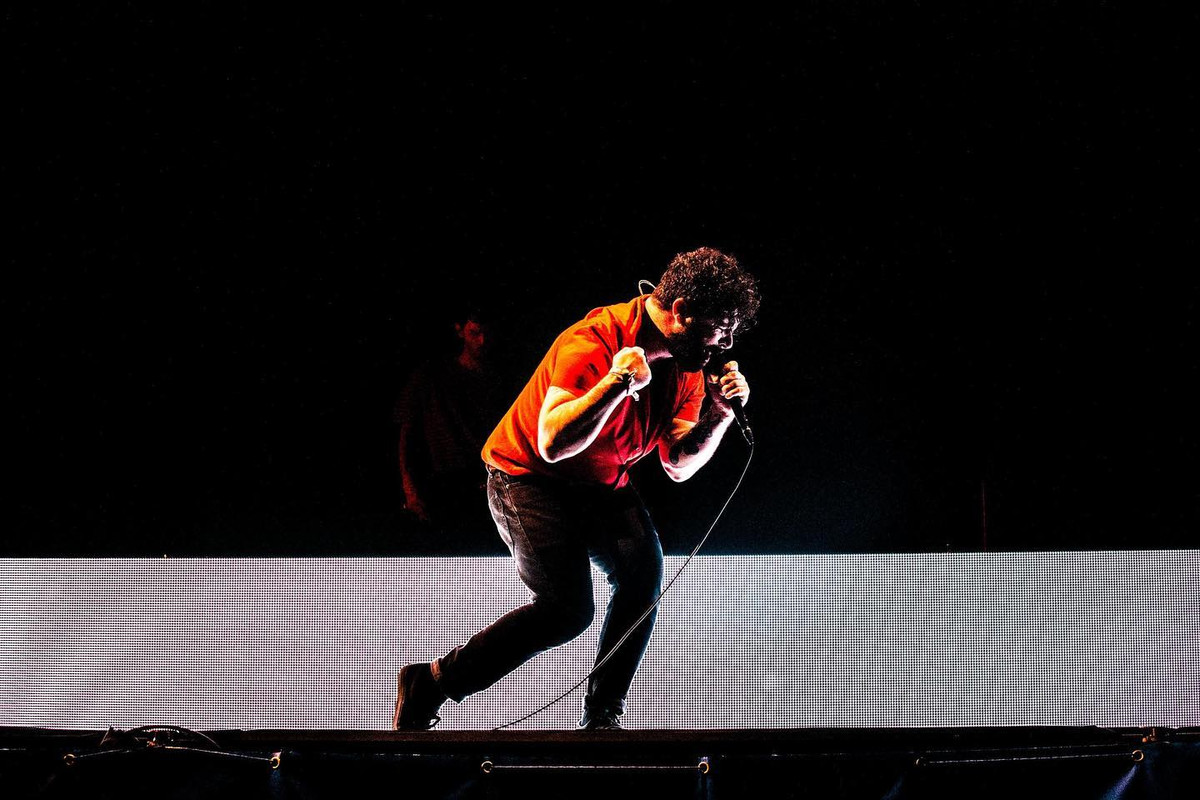 Foals had the unenviable slot of headlining the Other Stage whilst Billie Eilish was performing. The Oxford rockers more than held their own though. With their recent album Life Is Yours providing some new tunes to their established setlist, they brought out all their anthems to the crowd's delight and had a backdrop that featured some stunning imagery.

Finally, we get to Glastonbury's youngest ever headliner. No doubt your dad probably walked out when a guitar hadn't been strummed in the open three songs but this was a performance that exemplified why the future is looking bright for pop. The whole display was an aesthetic masterpiece, with dark imagery and hard-hitting beats that were matched by Eilish's frenetic energy.

At such a young age she has really mastered what her live show should deliver and with brother Finneas on hand to support her, it was a knockout set.

Sam Fender released one of the best songs of the year in 2021 with Seventeen going Under, a huge hit off of his second album and you could see that in the way the crowd reacted to it being played. Fender is a name destined for even greater things and this will not be his last Glastonbury performance.

Pretty much England's Bruce Springsteen at this point he has a large arsenal of stadium-ready anthems already.

Phoebe Bridgers reached a whole new level of fame during the pandemic with her beloved second album Punisher and her blossoming romance with Paul Mescal who she dedicated the song Sidelines to during this performance. Glastonbury was proof that all that viral love has translated into a huge crowd of fans.

They were singing every word and the nocturnal imagery dotted around the stage really transported you somewhere completely different.

The HAIM sisters found themselves on the Pyramid Stage and delivered much-needed joy to the masses on Sunday. Their interactions with the crowd were perfect, with a skit even seeing Este hitting on a security guard. Tracks from their latest album WIMPIII sounded glorious.

Country-pop artist Kacey Musgraves brought out a bit of 'Kaceyoke' during her set which involved a cover of Fleetwood Mac's Dreams that was enthusiastically received by the crowd. There can be no doubt that Kacey's stage manner is absolutely infectious, she exudes positive energy that you can't help but feel too.

The crowd surfing award goes to Declan McKenna who after delivering a set of bombastic indie-pop songs decided to rush into the crowd whilst playing British Bombs. He dived straight in there and was immediately engulfed in a mosh before emerging mic in hand on top of the crowd. Truly chaotic yet beautiful scenes on the final day.