Ahead of two huge performances in London and Manchester, we had a chat with Paul van Dyk about hipster techno, why he loves UK crowds, and his upcoming three-part album.

From creating mixtapes for his mates using the records his grandmother had smuggled from the West to headlining festivals with over a million passionate ravers before him, Paul van Dyk’s career has been truly amazing.

Bursting on the scene in the early 90s, van Dyk helped propel trance music into the limelight with his legendary tracks For an Angel and his remix of Love Stimulation by Humate. Now recognised as an iconic figurehead of trance and electronic music as a whole, there aren’t many ravers who don’t recognise his name.

With two huge performances coming up at London’s Printworks and Manchester’s Warehouse Project, we had a chat with Paul about what we can expect from those shows, the music that helped shape him, his upcoming three-part album, and more.

What’s the first track you fell in love with?

"The first piece of music where I ever thought, “wow, that’s special!” was Hand In Glove by The Smiths. When I was a kid, I always used to listen to the radio whilst doing my homework. And whenever that track was played, I knew that music was so much more than just “noise” in the background."

In 2012 you released But Not Tonight, an interpretation of the Depeche Mode song. And you were a fan of The Smiths growing up. What other artists have helped shape you and inspire your music?

"You already mentioned two of my all-time favourites there, but there were also bands like OMD and Yazoo. And a little later, I came across music that we, from today's perspective, probably would relate to early house music." 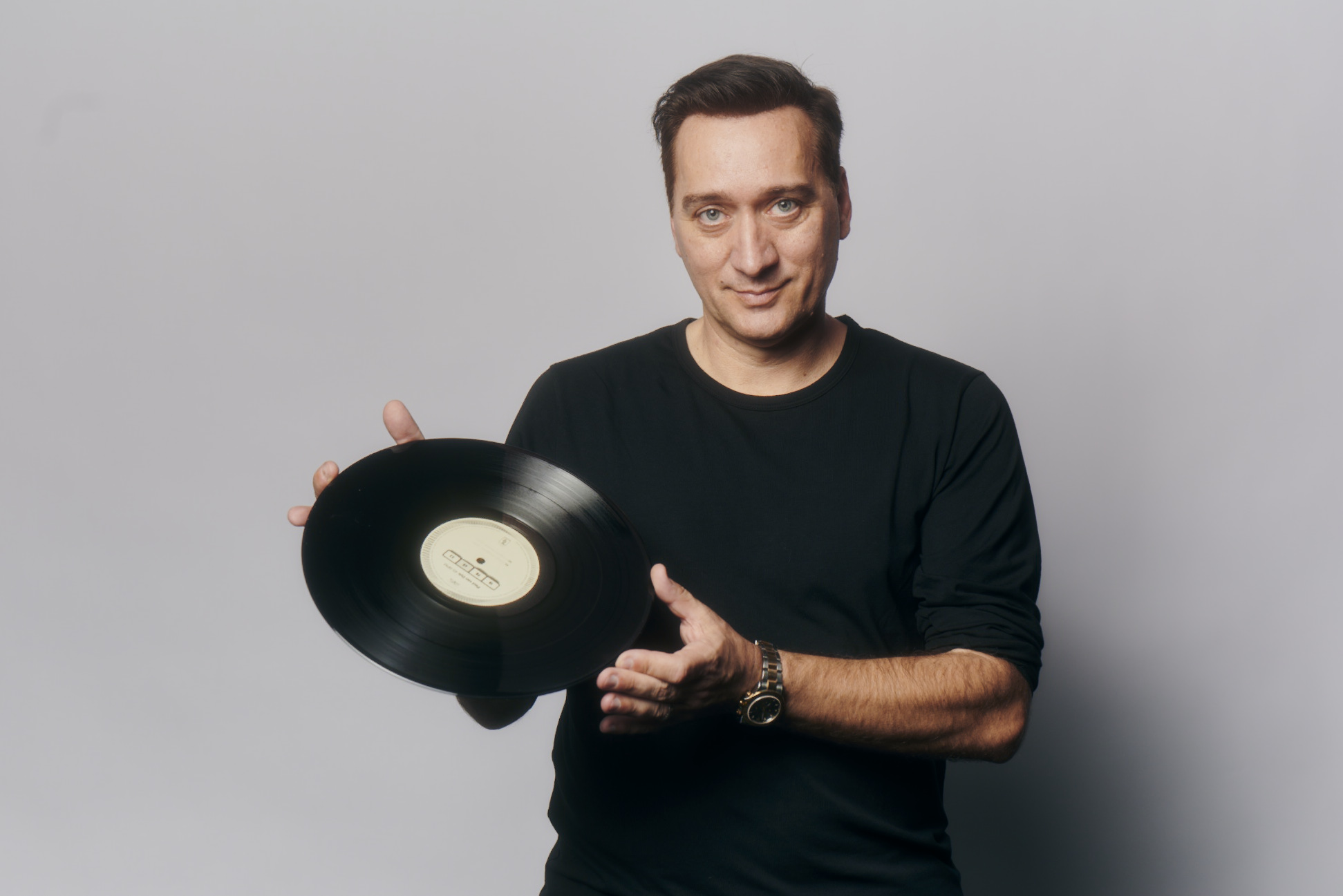 Your new album The Record is due for release in early 2023. What can fans expect?

"It is quite an extensive project and will be released in three parts in total. Due to the lockdown, a lot of the music I made was triggered by a very different kind of inspiration and has a deeper yet still energetic feel to it. This will be released as Off The Record, which is terminology from journalism when things are told that were not intended for everyone.

The second part will be called For The Record and features sounds that you probably associate with me more – uplifting, positive and inspired by the festival and club culture all over the world.

Then, the final will be The Record which will feature music from parts one, two, and even more new music and surprises!"

Having been DJing since the 90s, how have things changed over the years? Are the crowds different? How has the scene changed?

"In the beginning, the DJ was the passionate geek in the corner while everyone else had fun. With increasing popularity came the usual things that come with pop culture. These days it seems more like a trendy lifestyle and culture than the passionate, driving, musical culture. But there is still an amazing amount of DJs and producers who make fantastic tracks and the scene what it is today."

You were the first artist to be nominated for a Grammy in the Best Dance/Electronic Album category, you’ve headlined huge festivals, and played to over one million people in Rio de Janeiro. Your career has been incredible. But what’s been your personal highlight of your career so far?

"It always will be the moment when I held my first-ever test pressing of my own record!"

You made DJ Mags Top 100 DJs list last year, and near enough every year before that, how does it feel to be consistently recognised as one of the world's best DJs?

"It is always an honour to be recognised with awards or in the Top 100 list, but it is not what drives me. The special moments we create together through music are something you have to experience."

In October, you’ll be headlining London’s Printworks and Rong at Manchester’s iconic Warehouse Project. What can we expect from your sets? Anything special? Any surprises?

"Well, for once, I will be opening the show at Printworks myself. So if you come early, you will get a glimpse of a far wider scope of electronic music than you might expect. That will be followed by Ferry Corsten and Aly & Fila before my second set where you will experience the full force of energy and dynamic our music provides – and of course, a lot of new music and some of the always requested classics!" 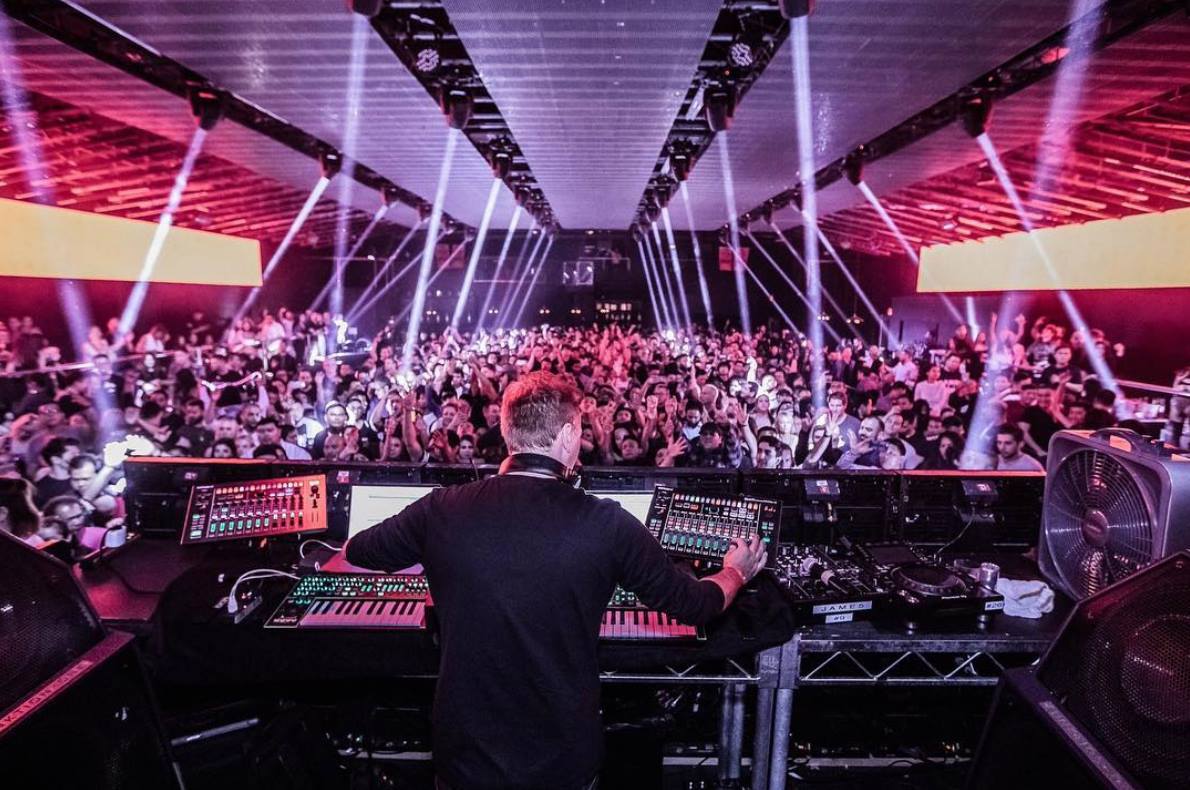 What do you enjoy most about performing to UK crowds?

"The sheer endless amount of energy and passion for the music. It is very inspiring and exciting every time."

What’s the craziest thing you’ve seen at one of your performances?

"I wish I could come up with some crazy stories, but I am honestly just very focused on what I do, so if something funny happens, I don’t realise 'til it's over – but I am sure a lot of crazy things are happening all the time."

Finally, what music have you been listening to recently?

"There is a new approach in what I would call “proper techno” right now that is taking things back from the trendy “hipster techno” that you see at some festivals today – Keith Carnal is definitely a proper treat."

For a chance to see Paul van Dyk live at either the acclaimed London Printworks or at Rong Indoor Festival as part of Manchester’s iconic Warehouse Project, head to Instagram and follow @skiddleuk and @paulvandyk. Then comment which city you’d like to see him in and tag who you’ll be taking with you. Competition closes 12 noon on Monday the 3rd October. Good luck!

Or secure your tickets below for an unforgettable night of euphoric tunes.

The Best Clubs in London

The Warehouse Project release behind the scenes documentary - Watch here