Coronavirus update: View cancelled events here
» News and Features » Paul Woolford: "There’s still records out there that nobody has clocked I made"

Paul Woolford: "There’s still records out there that nobody has clocked I made"

The DJ's DJ talks to Skiddle about lockdown, working with Diplo and how Discogs messed things up

Paul Woolford is a DJ’s DJ: humble, enthusiastic, prolific, and genre-fluid. It might be a step out of line to call Woolford long in the tooth, but he’s certainly been knocking about long enough to be called a ‘veteran DJ-producer’ by the likes of The Guardian and Rolling Stone.

When we say prolific, by the way, we don’t mean a few releases a year kind of prolific, we mean ‘does this bloke ever go outside?’ kind of prolific. Last year alone, the Leeds-native released four albums under his Special Request alias - a project initially conceived as an outlet for his teenage infatuation with rave and jungle.

Woolford is (or was) best known, in mainstream terms, for his 2013 single ‘Untitled’, which has clocked up well over one and a half million Youtube streams. Not that he’s moved by such things. He tells us via email that he has “always found the grading and charting of music somewhat at odds with the actual reality of what creation is, certainly from an abstract perspective.”

Though we’re not sure exactly what he means by this, it does suggest two things: Firstly, that the fact his new single ‘Looking For Me’ with Diplo and Kareen Lomax has clocked up over twelve million streams on Spotify in just a couple of months might not count for as much as you’d expect. Secondly, that he’s smarter than us (an achievement we doubt will make it into his bio).

Hi Paul, firstly, I’m afraid we have to get this out of the way: the best and worst parts of lockdown have been…

"The best part has been having more time to catch up on years of missed sleep, creating things and also for the family. Having dinner together every evening is something I treasure. The worst part has been seeing the devastation that this virus has caused in so many different ways..."

It doesn’t look like you got involved in the live streaming phenomenon. Any particular reason, as it seemed that everyone was at it?

"That’s right, I really love to DJ but I need to feel like I’m in the actual context, or at least SOME form of context. I need more than a green screen! I did enjoy some of them though, I loved what Benji B did with his Deviation Sessions. Also Diplo’s were entertaining, and the Versuz things that Timberland & Swizz Beatz have been curating have been excellent."

Now we’re beginning to emerge tentatively from the other side of lockdown, are you back to scheduling shows? We know you’re down to play Creamfields 2021…

"I’m only looking at shows for next year, but bizarrely the diary is filling up fast. I guess if people are confident that it’s going to work out by then, we’ll examine it again, but personally I don’t feel it’s safe right now anywhere. Fingers crossed we can find some solutions."

You recently released a new track, ‘Looking For Me’, with Diplo. How did that come about, who approached who?

"Wes had been playing my remixes and then in April last year he commissioned a Major Lazer one and asked me to play New York with him. From there we were instantly connected, and a month or two later we said we’d do some originals. He sent me two songs and I picked what became 'Looking For Me', which was originally an acoustic guitar demo called 'Rhythm'. I knew immediately it could be something special, and so I worked on it and we went back and forth.

"In September I travelled to Atlanta to meet the incredible Kareen Lomax, who wrote the vocal, and Dacota G, who is an extremely talented engineer, and we finished the verses there. The final mixes were done back in the UK at Peter Gabriel’s Real World Studios complex in Bath. At every step of the way, I knew we had something special."

The track has already notched up millions of Spotify streams. As an artist, how much importance do you place on such numbers?

"Anyone that knows me knows that in artistic terms, I place no importance on it at all. I’ve always found the grading and charting of music somewhat at odds with the actual reality of what creation is, certainly from an abstract perspective. That being said, we’re now at ten million, which is quite astonishing.

"I’m reminded here of the Andy Warhol quote “Being good in business is the most fascinating kind of art”. There’s a way to balance the two things but it’s only possible if you absolutely LOVE what you are creating.

"I have always wanted to make music that connects with the widest possible audience, since listening to the Top 40 chart on the radio as a child. I have always adored house remixes of pop records, going all the way back to Frankie Knuckles & David Morales run of Def Mixes, and of course Inner City ‘Big Fun’. Those records are the blueprints and they opened my mind up to the perfect combination of pop elements within a dance music framework.

What was it like to work with Diplo? He comes across as a bit of a character…

"Wes is a really considered, humble and occasionally shy person who has an innate ability to cut straight to the heart of an idea. He’s everything you think and also nothing like you might think, all at the same time. But more than all that, he’s my friend."

The music video for the track features three aliens dropping into a barren landscape and magicking up some flora and fauna. Is it intended to be an environmental statement, or are we reading too much into it?

In that case we'll say it is. You have a remarkable work rate. Last year alone you released three albums under your alias Special Request. This year there’s been a bunch of remixes, including one for Dua Lipa. Where does all this energy come from, do you ever leave the studio?

"It was actually four albums, but that doesn’t matter in the grand scheme of things. I love to make music and I am pretty much always creating, even if I’m not in the studio. I’ve been doing other things lately outside of music that you’ll be seeing soon. I’m trying to be less obsessive about it all, but that’s easier said than done."

Why work under aliases, is it simply the desire to try new things or is there more to it?

"It was originally because I wanted to explore different ideas without them being under a microscope, but Discogs basically fucked that all up for those of us wanting to stay away from the limelight constantly. I was horrified when people put different sections of my catalogue together under one banner on there, but technology moves faster than humans. There’s still a few records out there that nobody has clocked I made yet..." 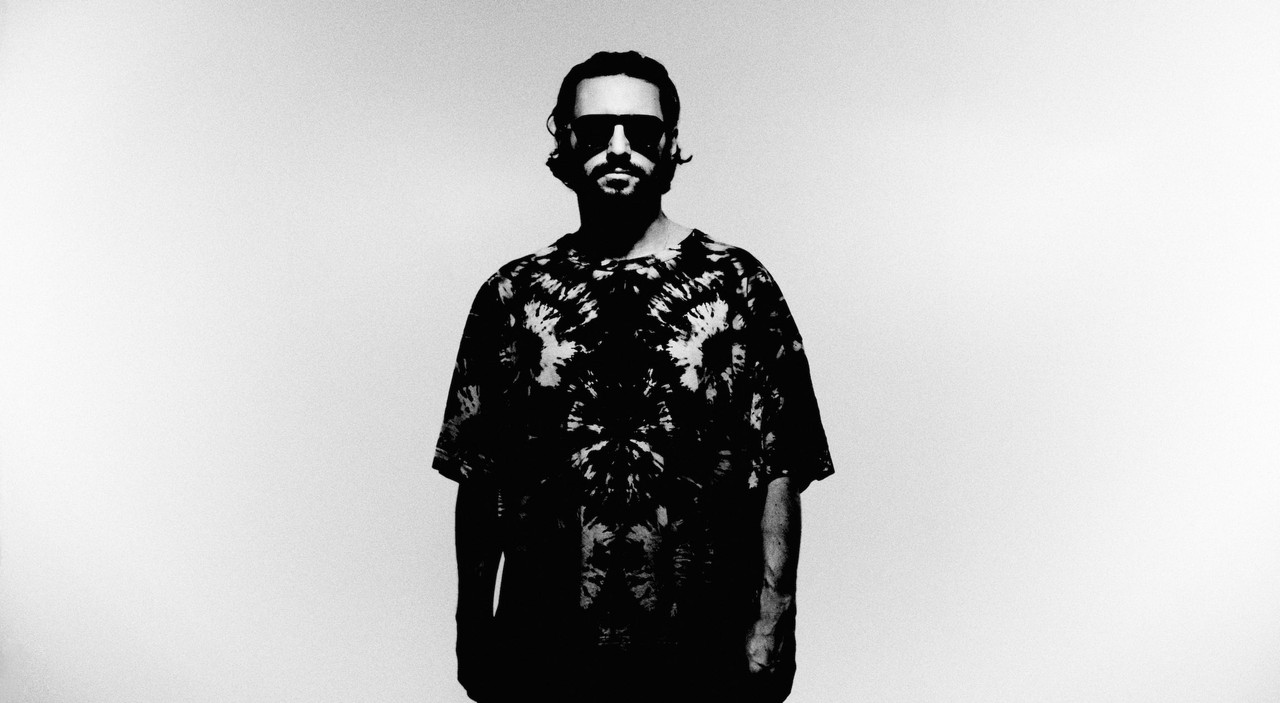 We read that you worked on Blade Runner 2049. Was that as amazing as it sounds, or is the reality of scoring a film a different matter?

"That was contributing sound design for the trailer of the film. I was completely blown away that it happened as Bladerunner in it’s director’s final cut is a favourite. When I heard they were remaking it I kept making jokes about “what if I got involved” and then somebody reached out and asked me to contribute to it. It was because of the Special Request project.

"I’ve done more and it’s something that I delve into when I get the urges. It’s another world and works quite differently to how many people assume."

Lastly, you’re a native of Leeds, one of our favourite cities. What’s your ideal night in Leeds look like?

"Obviously things are different now, we can no longer club-hop, but currently it’s dinner at Issho (amazing Japanese food and great service) and then back to the garden for some nonsense..."

You can find upcoming Paul Woolford events and tickets here.