What is there to say that hasn't already been said about the Red Hot Chili Peppers? The Californian funk-rock icons have pencilled out a groove-filled corner in rock folklore, and persist, despite being in their 50s, to not let anyone else get a foot in.

With the return of legendary guitarist John Frusciante, the band seemed righteously reinvigorated. Despite touring with them for the first time in 15 years, the undeniable energy they brought to the stage, alongside the glorious segments of pure funk-rock jamming, was like looking back into the 90s, looking at a band reborn.

After six years adrift from a Manc backdrop, the Chili's return to the city was immaculately played, emotionally charged, and an expressive sonic journey through 40 years of one of the best discographies ever put together. 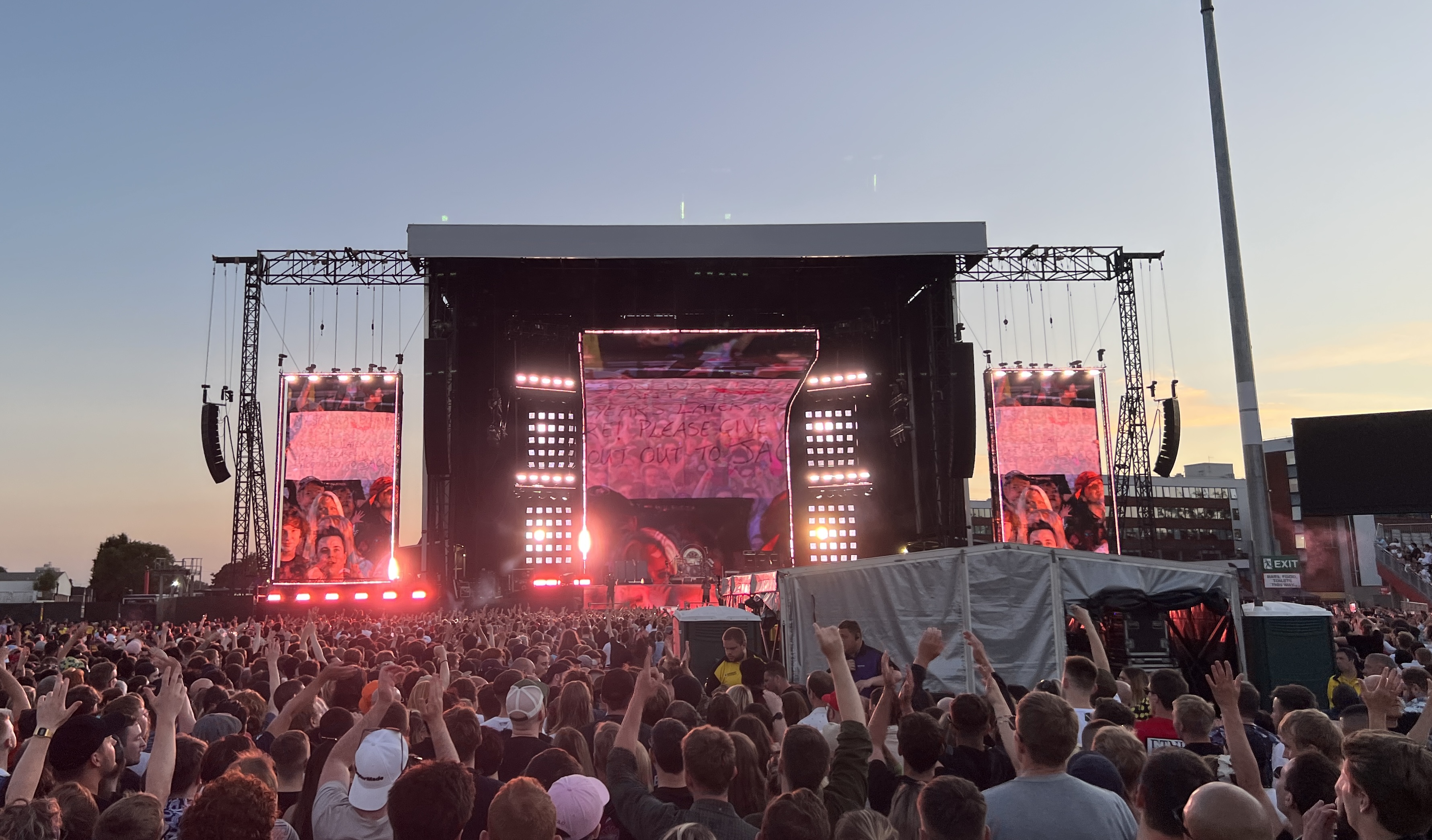 This being said, the gig did get off to a contentious start, with a certain support act not arriving as quickly as his name might suggest. ‘Due to unforeseen circumstances, A$AP Rocky will now play immediately after Red Hot Chili Peppers,” read digital screens around the stadium, following the suspiciously extended but fantastically funky and eccentric set from LA’s Thundercat.

Whilst there was a growing sense of restlessness as the sun beat down on the growing crowd, the tension subsided the second the Chilli’s stepped foot on the red hot stage of Old Trafford Cricket Ground. The band launched straight into one of their signature opening jams, this one infused with riffs from Joy Divisions ‘Shadowplay,’ electrifying the 50,000-strong Manc crowd.

You could barely catch a breath as the quartet powered through classics ‘Around the World’, ‘Dani California’ and ‘Universally Speaking’, a tour debut and played live with Frusciante for the first time since 2004.

Despite this blistering start, there was a slight mid-set lull, with a run of 4/5 songs both from the latest album, and some lesser-known old tunes, which for superfans was sensational, but, at a gig that size (especially with the prior waiting around), did cause the building energy of the crowd to subside.

This being said, interspersed throughout these tracks was some of the best live jamming you're ever likely to see. Whether it was Flea and Frusciante slapping and sliding around their respective instruments, or Chad Smith tearing his drumkit to shreds, it was a belting display of absolute masters with an irreplicable musical connection.

Such moments were tinged with a youthful resoluteness that inspired images of the four of them packed into a Californian garage, being totally laboured to the music, and having a blast whilst doing it. Such a feeling was reciprocated by Flea as the band hit into Californiacations ‘I Like Dirt’; “The first time we played that was in my garage, and it was as fun as hell."

Glaring omissions aside (who can blame a band with one of the most hit-filled discographies ever), what followed this fluctuating fragment of the set was a euphoric run of sun-soaked bangers. ‘Suck My Kiss’ jolted the crowd into dance, ‘Snow (Hey-Oh)’ roused mass singalongs, and Nerve Flips environmentally-conscious lead single Black Summer proved that the band can still make stadium-level anthems. This then segued into the nostalgic melancholy of Californication and Soul to Squeeze, before riotously culminating in the rap-rock classic Give It away. Any thoughts of disappointment were at this point non-existent.

Rousing calls for one more song saw the band back on for the encore, and as Fruiscante hit into the first few notes of ‘I Could Have Lied,’ I may have let out a little squeal. As a kid who only ever had Blood Sugar Sex Magic on his Dad's hand-me-down iPod (interestingly named album to give to a small child I know), to hear one of my favourite tracks off the record live sent me into a state of pure bliss, it was bloody good.

As the sun set, the night ended with a stone-cold classic, and massive fan favourite, ‘By The Way.’ A track which, as you can imagine, flew through the blistering northern air and left everyone grinning ear to ear. 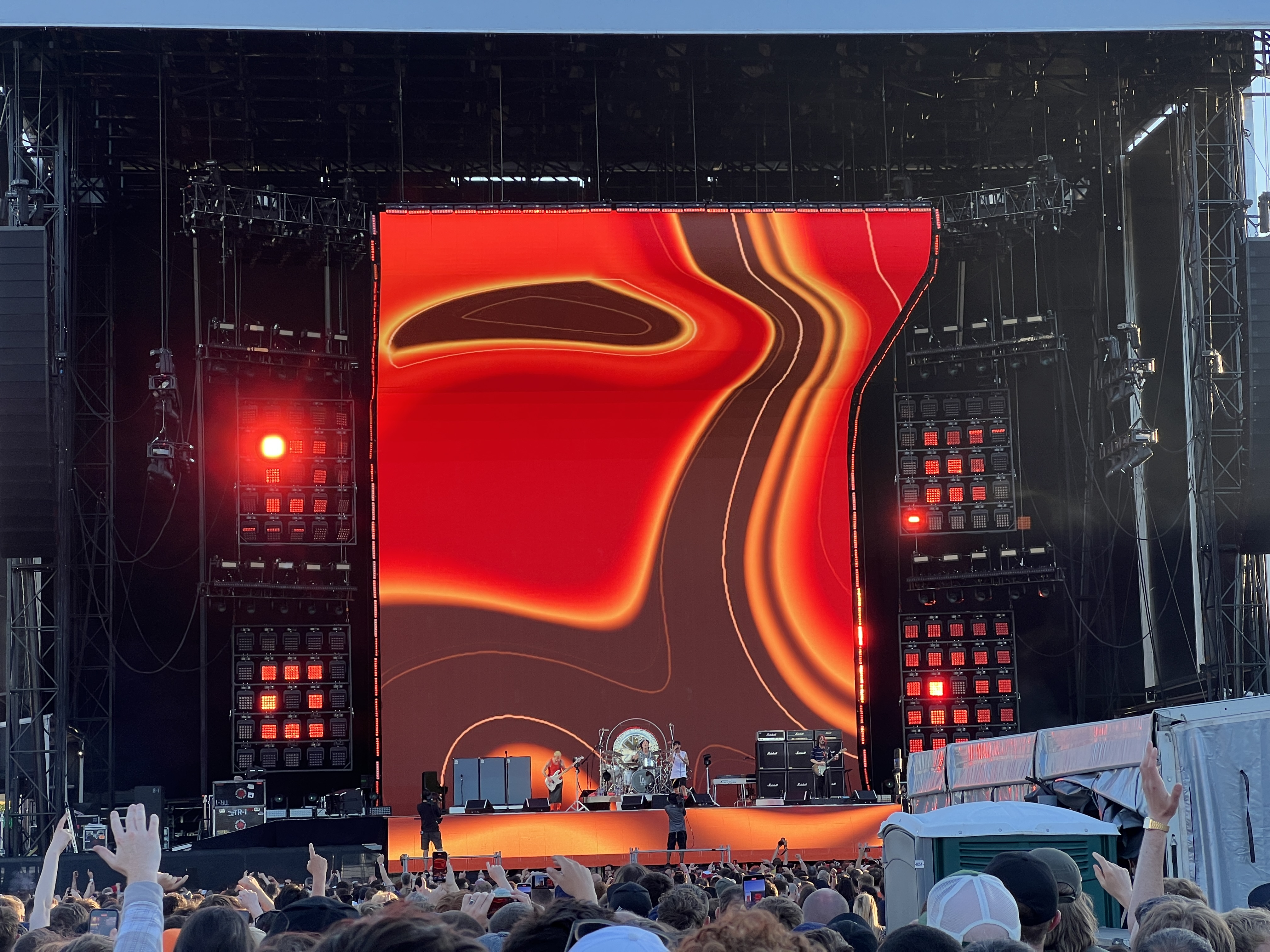 Now, there was a feeling amongst people that the set was a tad short, and as half the stadium emptied, the feeling was confirmed as A$AP Rocky burst onto the stage with the bouncing ‘Praise The Lord.’

Clad in a jumpsuit that looked like he’d been working on the M56 roadworks, the US rap superstar repeatedly reminded the crowd about his lack of time, but still brought with him a banger-filled set (even if it did only last 20 minutes) following the opener with A$AP Forever, the undeniable classic ‘Everday’ and the atmospheric L$D.

Yet, despite Rocky’s being full of energy, the situation still felt a bit off, and you couldn't help but feel how amazing it would've been if he’d shown up on time.

Despite the unfortunate situation, the night in Old Trafford was one to remember, the Chilis seemed like a band reinvigorated with Frusciante back in the mix, and they undoubtedly proved why they are one of the biggest names in rock history.

Live Review: Delights live at The Deaf Institute in Manchester