» News and Features » Honey Dijon interview: 'Being a DJ these days is like being an athlete'

Honey Dijon interview: 'Being a DJ these days is like being an athlete'

The international dance star shares her health and fitness regime, whilst also discussing the roots of house music and what it was like growing up in its birthplace, Chicago

Bold, versatile and completely unafraid of experimenting in her mixes, merging flavours of house with various sub genres of disco and more, Honey Dijon has garnered an impressive reputation for herself over the years, on an international level.

An exciting and highly sought-after talent, she's frequently taking on bookings at some of the world's biggest and best-known clubs - from Berlin's Berghain to The Warehouse Project in Manchester - not to mention festivals the likes of Coachella out in the States, Primavera Sound in Barcelona and Kent's Dream Valley, this summer. And when she's not busy jetting to parties across the world, she's slaying in the fashion world, heading up campaigns for huge brands and curating soundscapes for events at shows.

Given her absolutely outrageous schedule, we we're delighted to hear that Honey had agreed to spare a few moments of her time to have a chat with us here at Skiddle. So, without further ado, take a look at her answers to our many questions, below...

Without question one of the most in-demand DJs in the world at present, where do you find the time to relax between travelling, performing and producing? What’s the secret to leading an efficient and balanced life as an internationally acclaimed artist?

"Thank you for such lovely words. I take my wellness very seriously. I work out everyday with my trainer and ride my Peloton bike, which I am obsessed with. I often say being a DJ these days is like being an athlete, you need to look after your self to perform at the highest level."

Delving straight into the origins of Honey Dijon - you were said to be a frequent attendee of the clubs in your home city of Chicago during the 90s, widely accepted as the birthplace of house music. As both a music fan and an artist, how has the scene changed over the years, for better and for worse?

"That’s a really difficult question, I don’t like to look back too much and compare but we live in a different world now and technology has changed the club experience so much. It’s also a maturing industry and it’s gone from culture to entertainment. Through my work, I try to bring that spirit of community through the music I play and how I present it."

Was there a particular club in the city you’d find yourself in on a regular basis, and if so why?

Many classic house tracks were born out of the Chicago scene twenty-plus years ago, courtesy of a score of renowned house DJ talents - the likes of Marshall Jefferson and Frankie Knuckles. Was there a certain record or artist of that era that turned you on to pursuing a career as a DJ?

"I didn’t know I wanted to be a DJ until I moved to New York from Chicago. I always bought records for the sheer joy of it since I was a kid and after a while I had built a record collection. Having said that, one of my favourite tracks to this day is not actually a house record but an Italo Disco tune called One More Round by Kasso, remixed by Frankie Knuckles."

The foundations of house and the clubs which predated the movement were built by the queer black community. As a vocal advocate for both black and trans people today, how important is it that the origins of house music continue to be remembered? And is the modern scene becoming more or less inclusive for artists and fans from these communities?

"I will never stop talking about this fact. It's very important to me that people know the true roots of this culture. It's not necessarily about inclusivity, it's about the culture around the music. House music began at the same time as the AIDS crisis so clubs became a source of vital information, places to find help, friends and love all whilst celebrating and living unapologetically black and queer. The modern scene is very far from that now. It's a now billion dollar global industry and the pioneers of this culture rarely benefit from the fruits of its labour."

A well-known lover of fashion, having worked with brands and designers such as Louis Vuitton and Kim Jones - how significant do you consider the relationship between music and fashion?

"They are completely intertwined. Fashion and music always go hand in hand. Getting dressed up to go out and look your best to get laid, find your tribe, or for self expression. Something that is eternal."

"I've been lucky to sound track some high profile fashion shows in the past and its fun finding the perfect blend of music to translate the designer's vision into music."

Can we expect any more high profile collaborations with fashion designers in the near future?

"Always. I have so many collaborations lined up. Unfortunately, I cant’ talk about them just yet. But it's something I embrace. I love working with new people and I hate repetition."

Back to the music, you’re soon to perform alongside Luke Solomon, Yung Liberaci and the organisers of LGBTQ+ club night, PXSSY Palace at London night club, KOKO. What can dance floor dwellers expect from your set, and what’s your relationship like with London’s clubbing scene?

"I love London and I'm in the process of moving there. So much of my work is there now. I feel like it's time to be there full time. My London residency was one of the highlights just before Covid hit. I can't wait for Pandoras Box at KOKO."

Looking ahead towards the remainder of the year and into 2023, where can fans expect to see you performing live and what releases do you have planned?

"In the UK, KOKO Camden on May 19th, Dream Valley on May 25th, Grace Jones Meltdown on June 10th, Lost Village on August 25th... I've also got some more plans for London and Manchester towards the end of 2023."

Finally, a conundrum to conclude - You can finish every set you play this year with only one record. Which record would that be and why?

"To Be Real by Cheryl Lynn. Ultimately, dance floors are one of the last places that you can truly be yourself and leave your hangups at the door, if only for a few hours. Who doesn’t love that?"

Fancy catching Honey Dijon live and in the flesh this month? You're in luck! She's due to appear live at KOKO in London on Thursday 19th May. Tickets are now on sale and can be acquired at the bottom of this page.

Emily Nash interview: 'It felt unreal playing to so many people'

10 records that are good for the soul

Here are the next 4 upcoming events At KOKO, London 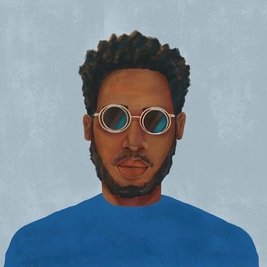 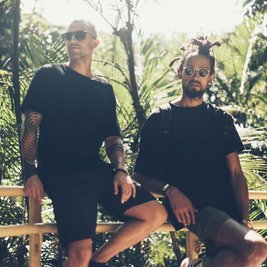 Solid Grooves mainstay PAWSA goes b2b with Dennis Cruz, one of the pillars of the underground house ... 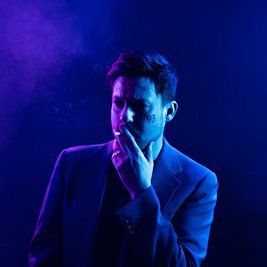 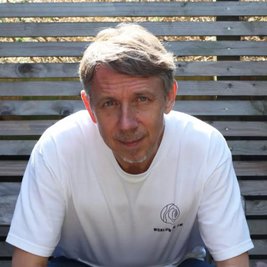