» News and Features » Free Things to do in Manchester

Free Things to do in Manchester

There's so much stuff to do in Manchester that it can be a bit overwhelming, but, for those on a budget, we've got a list of loads of free things to do in the city.

So you've decided to come to sunny, sunny Manchester, well you've made a good decision and Skiddle has got you covered for things to do, even if you are a bit strapped for cash. Whether you want to explore the picturesque side of the city, see some incredible artwork, take advantage of some free live music, or even indulge in a bit of Manc culture, there are so many free things to do in Manchester, it has everything, well... everything but a beach.

So scroll down, and plan your next trip with all of the Free things to do in Manchester.

Get lost in Afflecks Palace 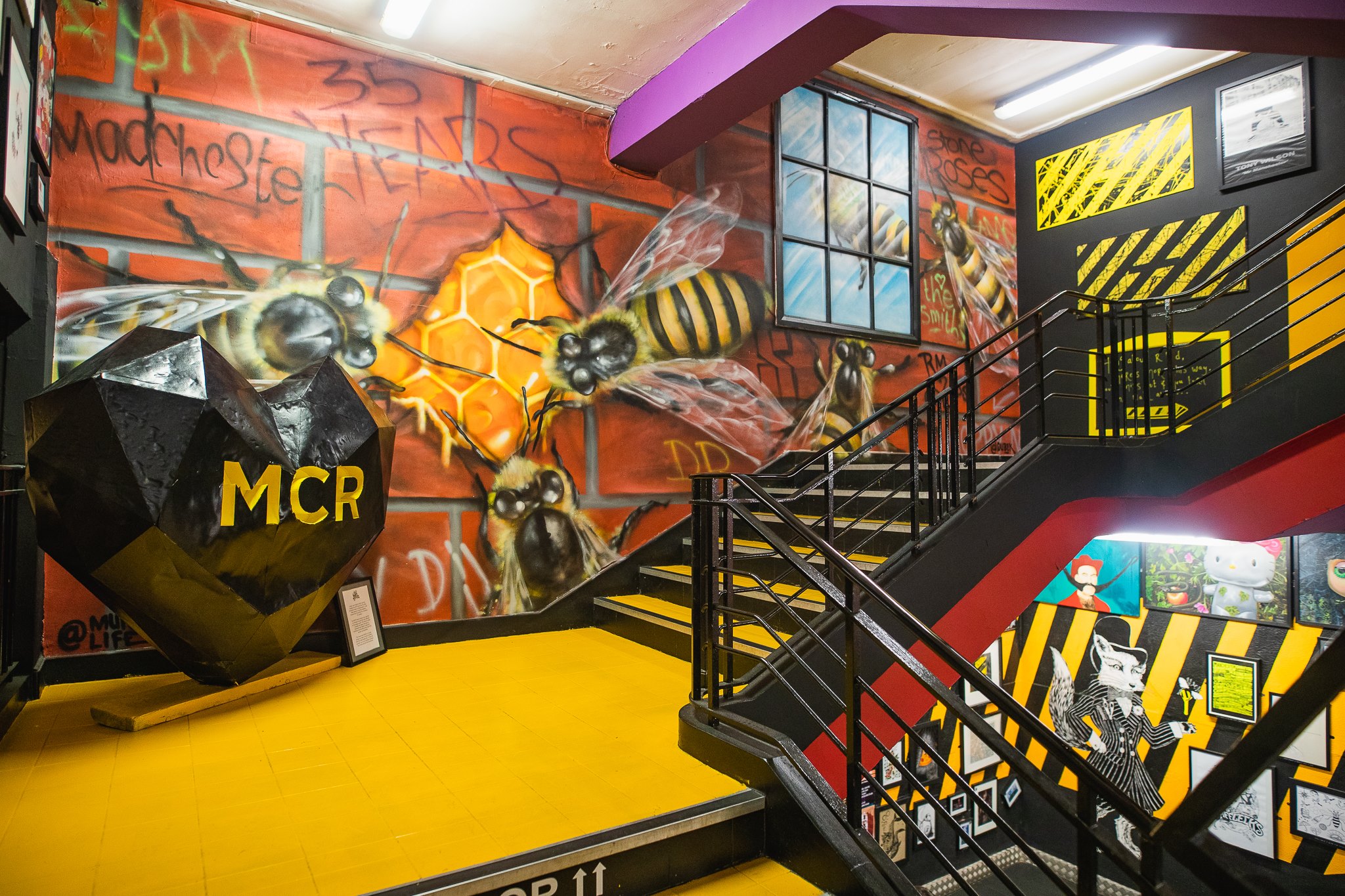 Any honourable Manc knows all about this place, this cult emporium of eclecticism is the go-to spot for a different type of shopping experience. Trading since 1982, this Northern Quarter building has slowly become the home of many of Manchester's top creatives and independent vendors. From record stores to vintage clothing, K-Pop merch to action figures, the labyrinth layout of the building has something new around every corner, just be wary to leave yourself a breadcrumb trail as you may struggle to find your way out.

The building is instantly recognisable from its famous tile artwork and exterior metal decoration; it's an experience just to explore and is without a doubt one of the essential free things to do in Manchester.

Admire the galleries at The Whitworth 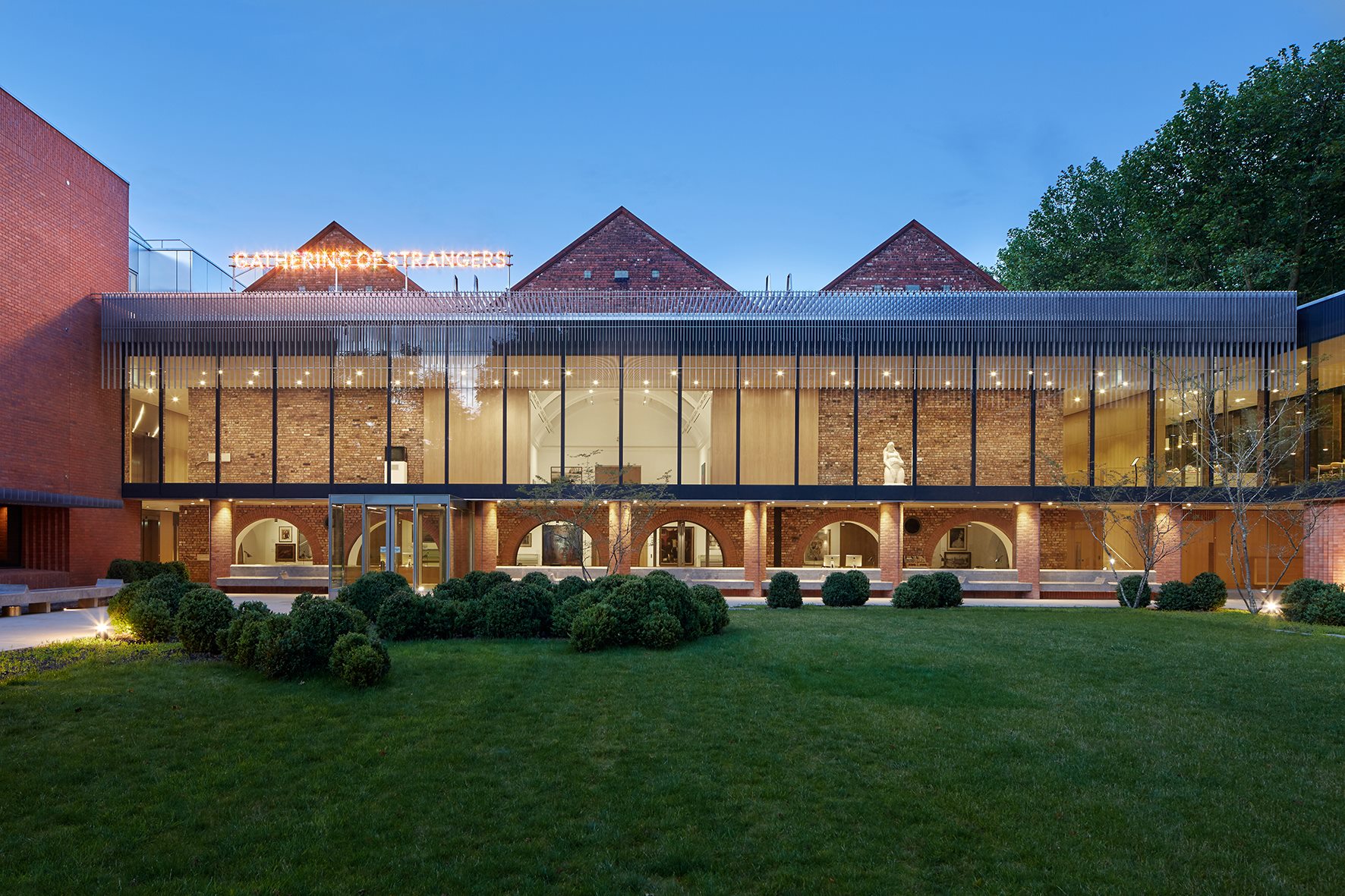 When: 10am - 5pm Tuesday to Sunday, open until 9pm on Thursdays

Since 1889, The Whitworth has acted as the cultural connection between the University of Manchester and the city, providing a space to experience art, learn, and study the fantastic exhibits. Since its refurb in 2015, there has been a massive increase in visits, and it's no surprise given how scenic the new grounds are (I mean check out that picture.) Whether you are an art lover or just after a nice day out, the site has you covered, and best of all it's free!

In terms of free things to do in manchester we think it is one of the better experiences, especially if you're feeling a bit more sophisticated than usual.

Get your boots on and visit the National Football Museum 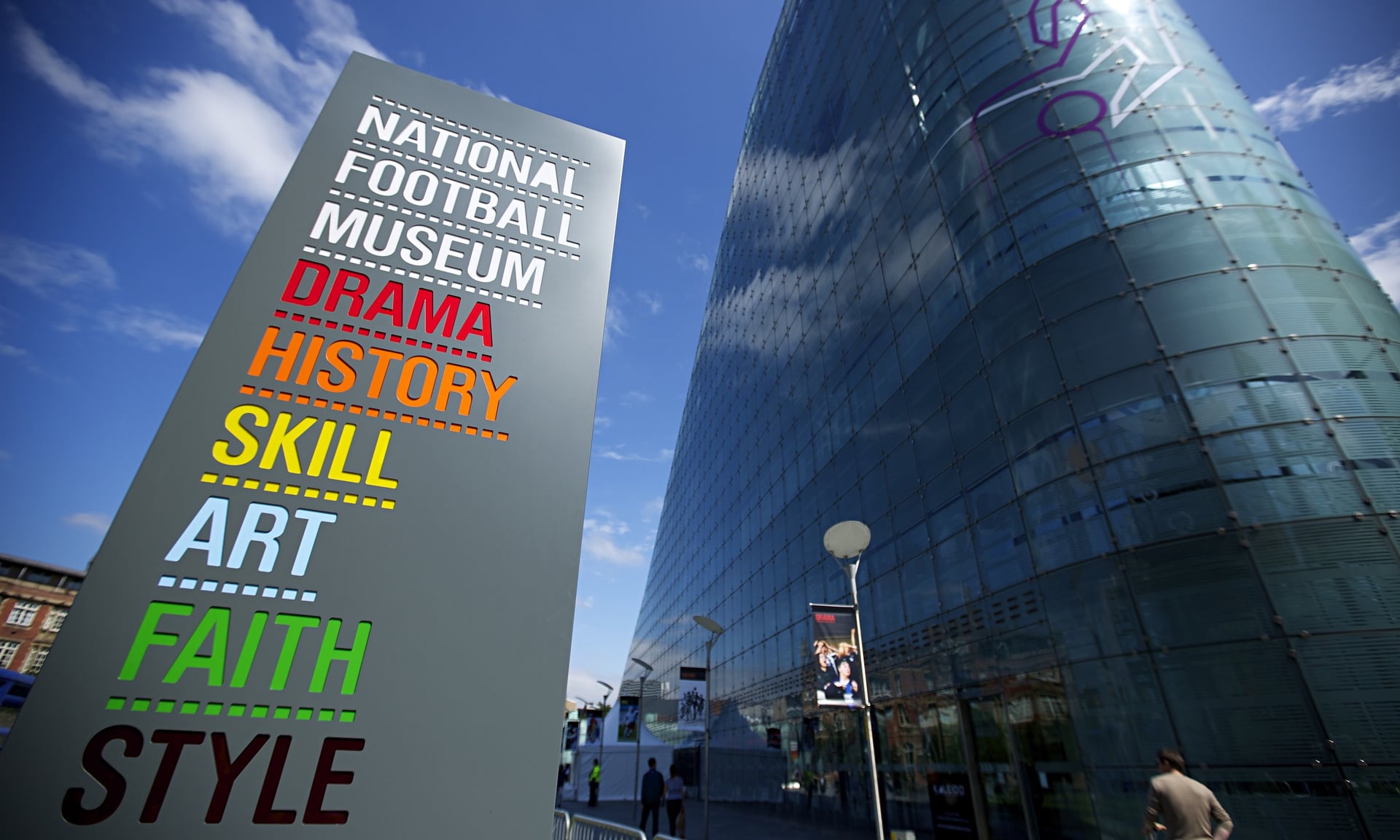 We love a bit of footy in Manchester, and any fan of the old soccer ball will find themselves at home in Manchester four floors of captivating exhibits, interactive games, collections of shirts, and a plethora of English football heritage.

Reckon you can beat their interactive keeper from 12 yards? Place your penalties between the old Wembley goalposts, and see your spot-kick analysed in terms of speed, power and precision. If you aren't handy with the ball at your feet, you can also visit the virtual gantry and try the Match of the Day Commentary challenge. Here you can relive classic goals, follow the autocue, or call the action as you see fit!

If you're after a bit more history you can stroll through a massive array of exhibits that document the long history of the game, from its humble origins, to the Munich air disaster, to the actual 1966 world cup ball. You can even see the Jules Rimet Trophy that was stolen before the 1966 World Cup, only to be discovered by Pickles the dog. The collar of whom can also be found (and is also the museum mascot).

For footy fans, it's really one of the best free things to do in Manchester you can find. 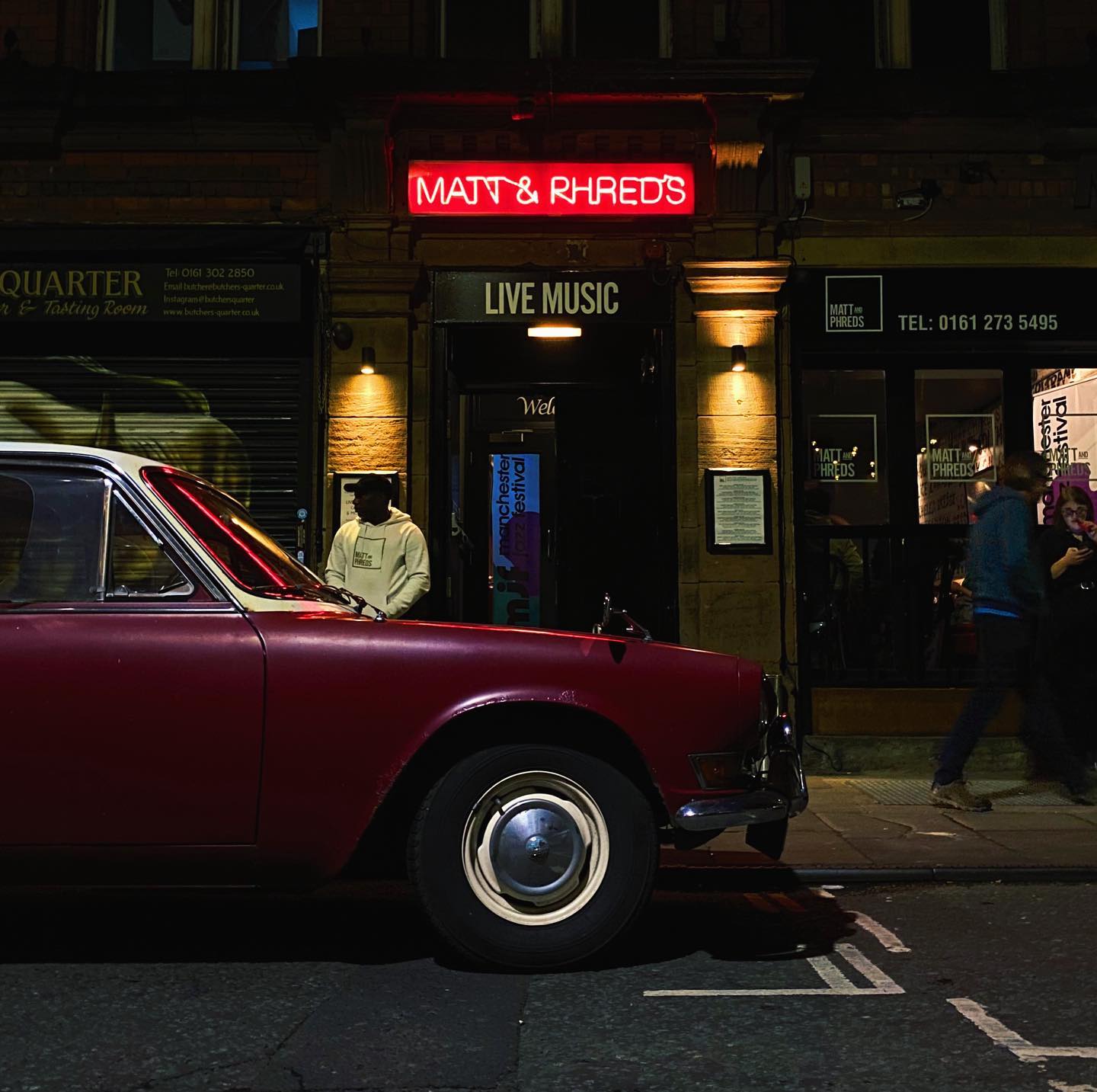 When: Opening times vary, visit the website for more details

Where to start with this sexy little establishment in the Northern Quarter, for years the speakeasy-esque venue has been putting on some of the best-curated Jazz nights manchester has to offer, and, and best of all it is free (well the drinks aren't but who can argue with free Jazz.)

Matt & Phreds serve up a sumptuous selection of different vibes depending on when you decide to step through its red velvet-draped halls. With some nights getting people up and dancing on tables, and others having you swirling whiskey to a passionate and introspective musical display.

The venue is a must-visit for free things to do in manchester, and whilst yes we know it won't be free in there, you can take advantage of the range of offers to curb the bill as much as possible. IT'S FREE JAZZ MAN!

Take a stroll around Castlefield 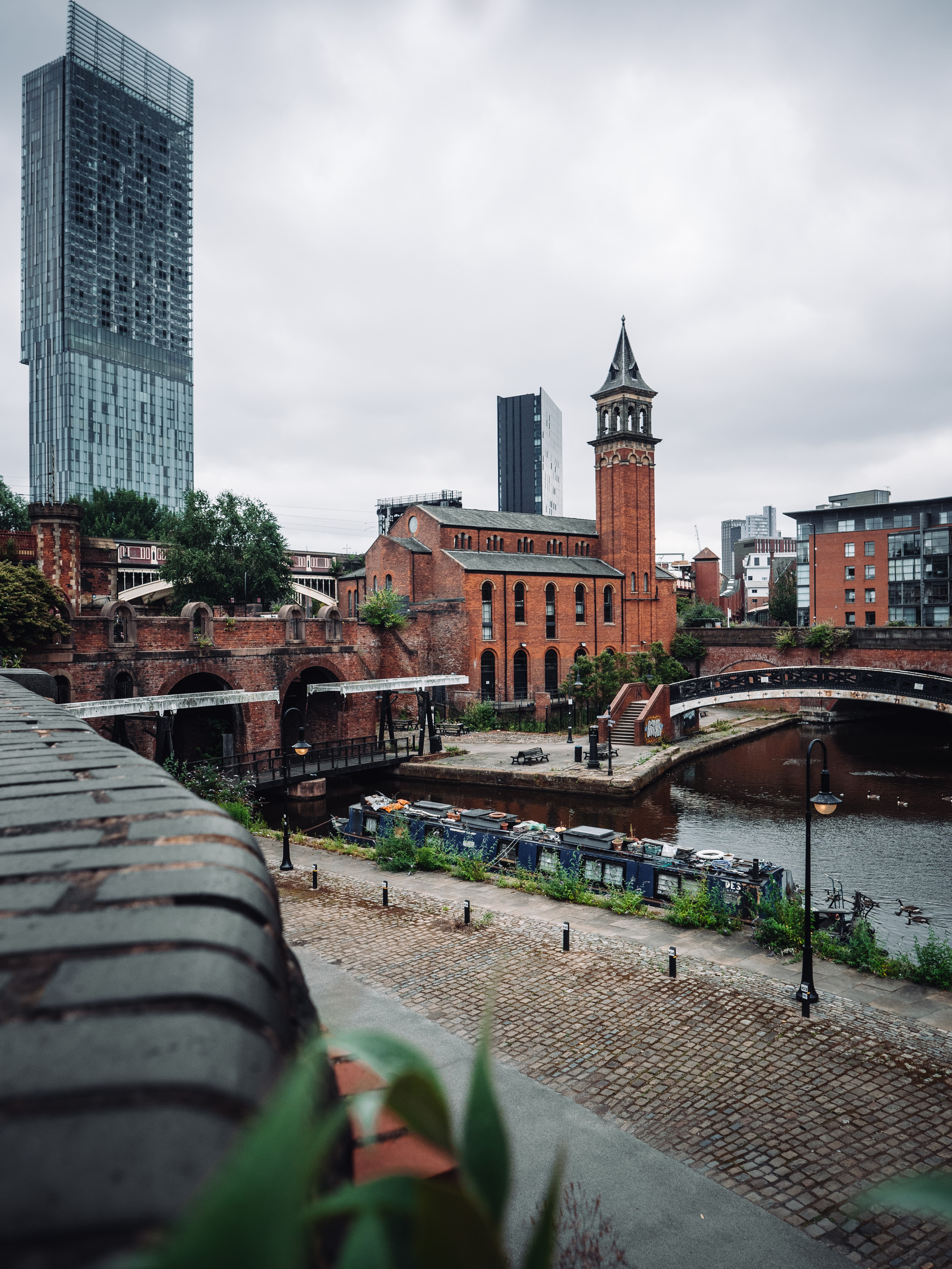 When: Free to walk around anytime

If Manchester treats you to a rare bit of sunshine when you visit, then there is no better mooch in the city centre than the one around Castlefield and The Wharf. The area is where Manchester first started almost two thousand years ago, with the Roman fort Mamucium, parts of which you can still see.

Other than its rich history the area is simply gorgeous; towering railway bridges, cobbled streets, exposed brick, and a network of canals make the stroll an industrial delight, and one of the best areas of the city to really feel Manchester's 'cottonopolis' history. It's no surprise that Peaky Blinders decided to film a chunk of their latest season there. 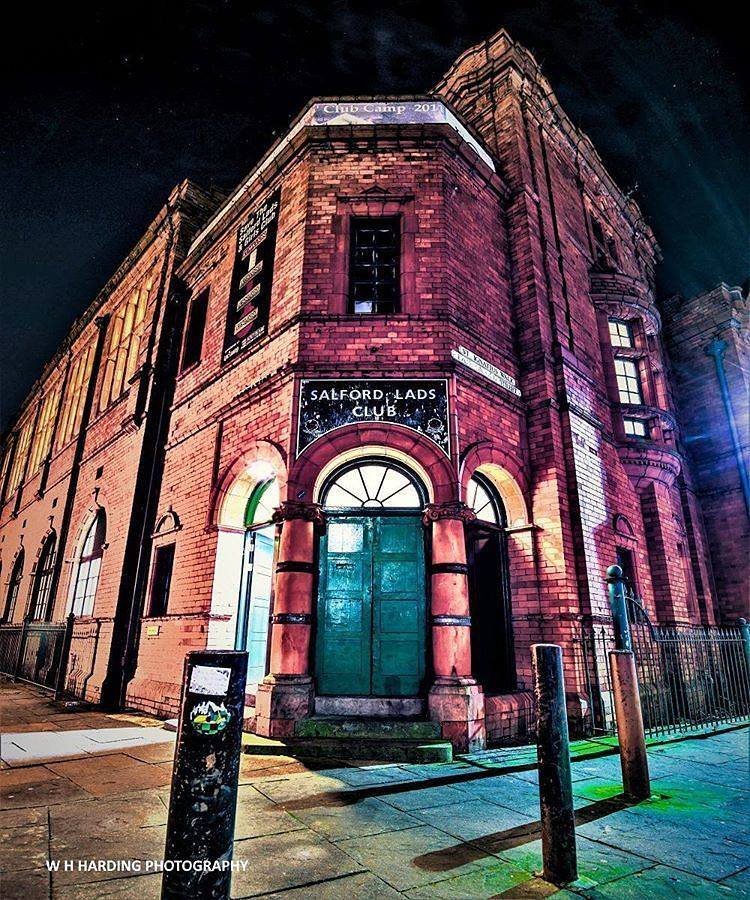 When: Opening times vary, visit the website for more details (you can take a picture outside anytime)

If you were an angsty teenager who was partial to a bit of indie music, then there's no doubt that The Smiths were on repeat in your ears. If you can relate, Then we have a free thing to do in Manchester that's right up your street, Salford Lads Club.

Now, if we can just ignore the rantings of a modern-day Morrisey for just a second, it's hard to understate how Salford lads Club has become a mecca for fans of the moody Manchester legends. Hundreds of people a year make the pilgrimage to the site with intentions of recreating the iconic picture from the interior of 1986s 'The Queen is Dead,' and you can be the next.

Now whilst the picture is what everyone goes to recreate, the venue also offers a whole room dedicated to a variety of Smiths memorabilia, a must-visit for any fan. 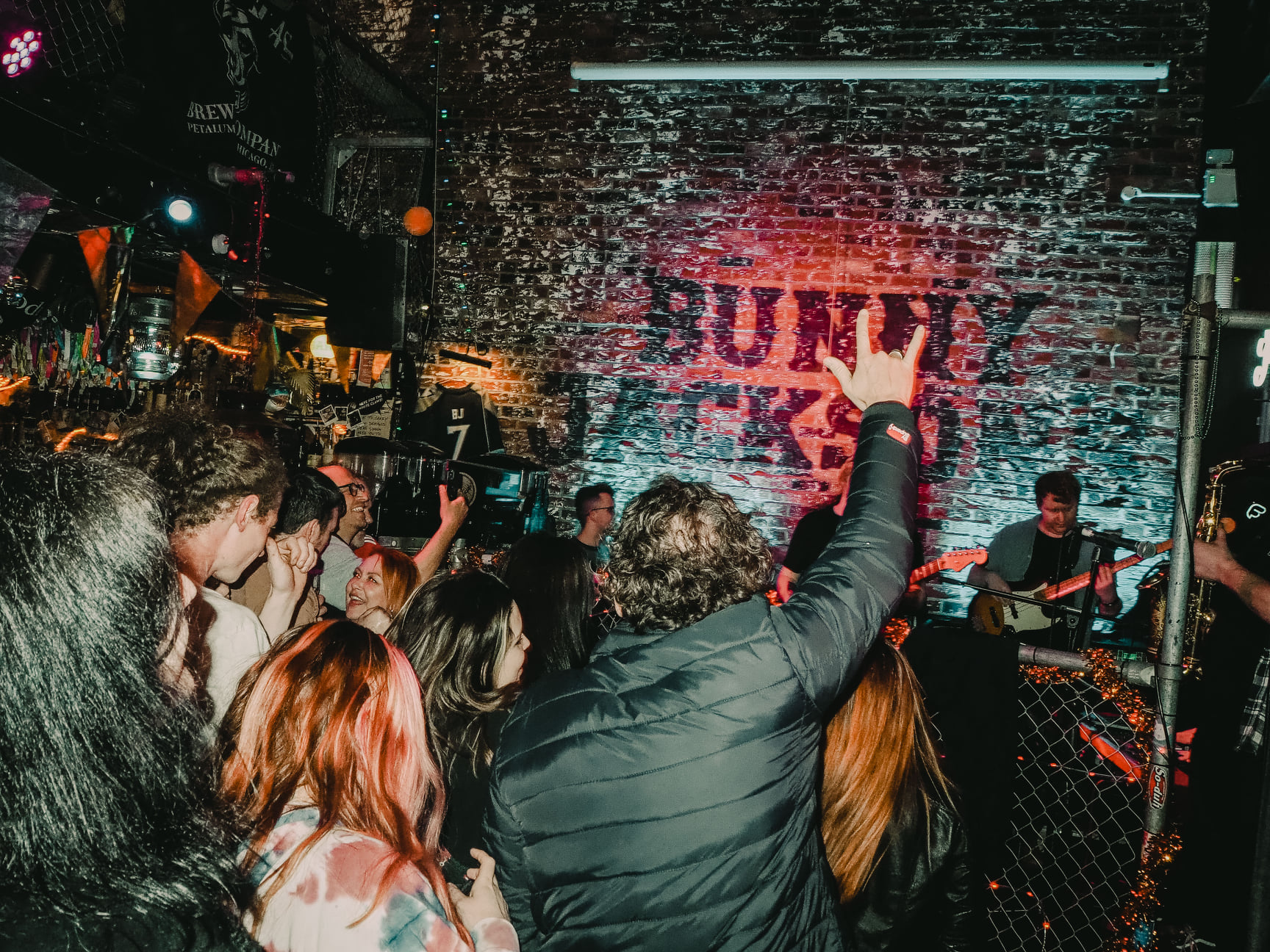 Now, we know this is meant to be a list of free things to do, but just hear me out on this one. Bunny Jacksons is THE place for free live music and bar games from pool to beer pong, and it wouldn't reflect best on you if you took advantage of all their free stuff and didn't buy a drink or two. They have cheap beer during their happy hour from 9-11 every night, and you can also take advantage of their 20p wings if you are on a budget and get a tad peckish.

But Bunny Jacksons is just the place to be, especially on Sundays, Mondays and Thursdays when the house bands play for free. It's perfect for a few bevs after work, or for a top night on the town that won't cost you an arm and a leg, GET DOWN THERE!

Engineer a day at The Museum of Science and Industry 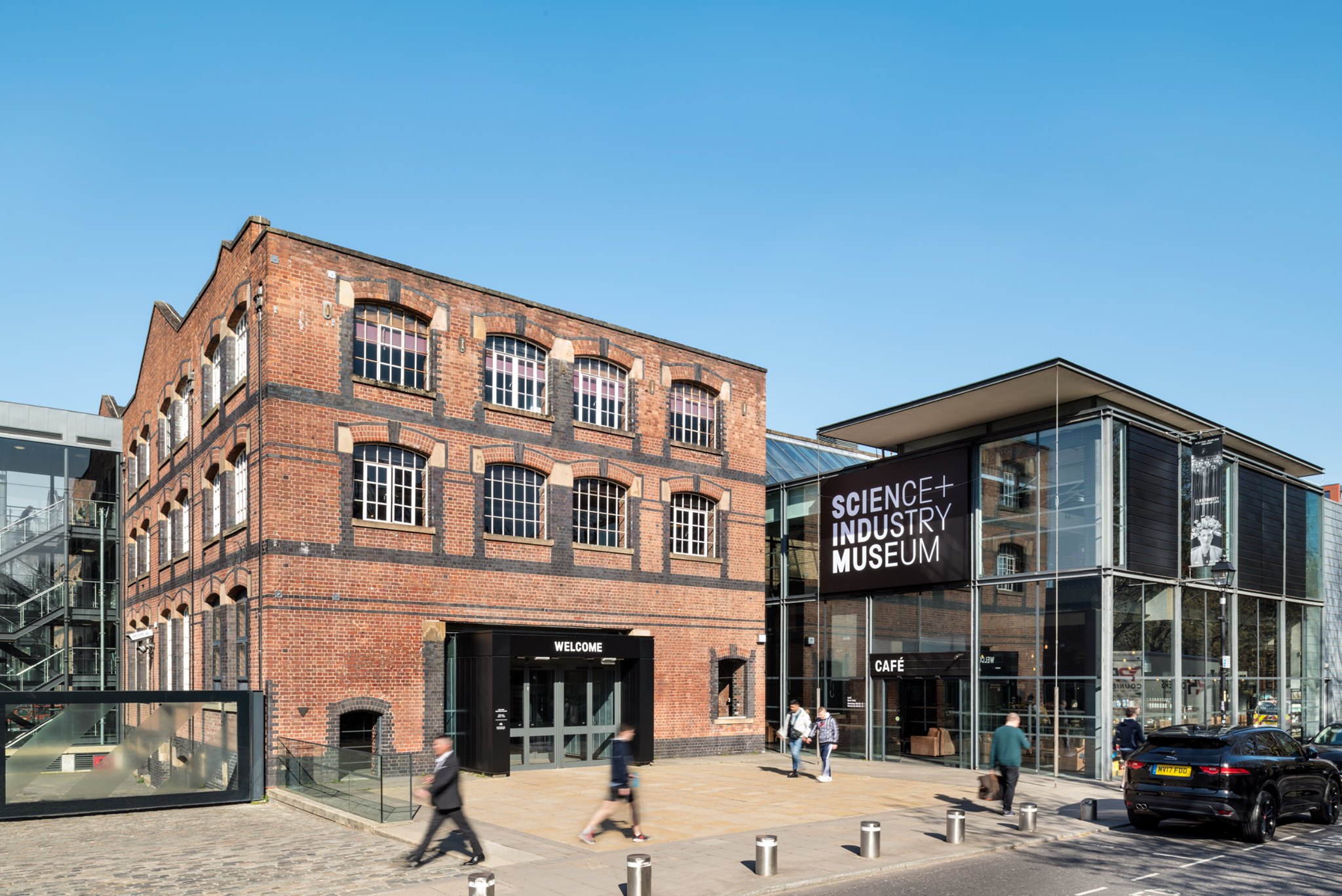 If you want a city steeped in the history of science and industry then look no further than Manchester, from the invention of trains, the splitting of the atom, and the birthplace of Alan Turing, Manchester has cemented itself as one of the leading cities in the industrial and scientific revolution. Across the city, there is no place better to examine and interact with this history than the Museum of Science and Industry.

From a range of interactive exhibits and challenges for people of all ages to the first-ever inter-city railway the five buildings that make up the museum are essential viewing and a fantastic day out, truly one of the best free things to do in Manchester.

Explore the grounds of Heaton Park 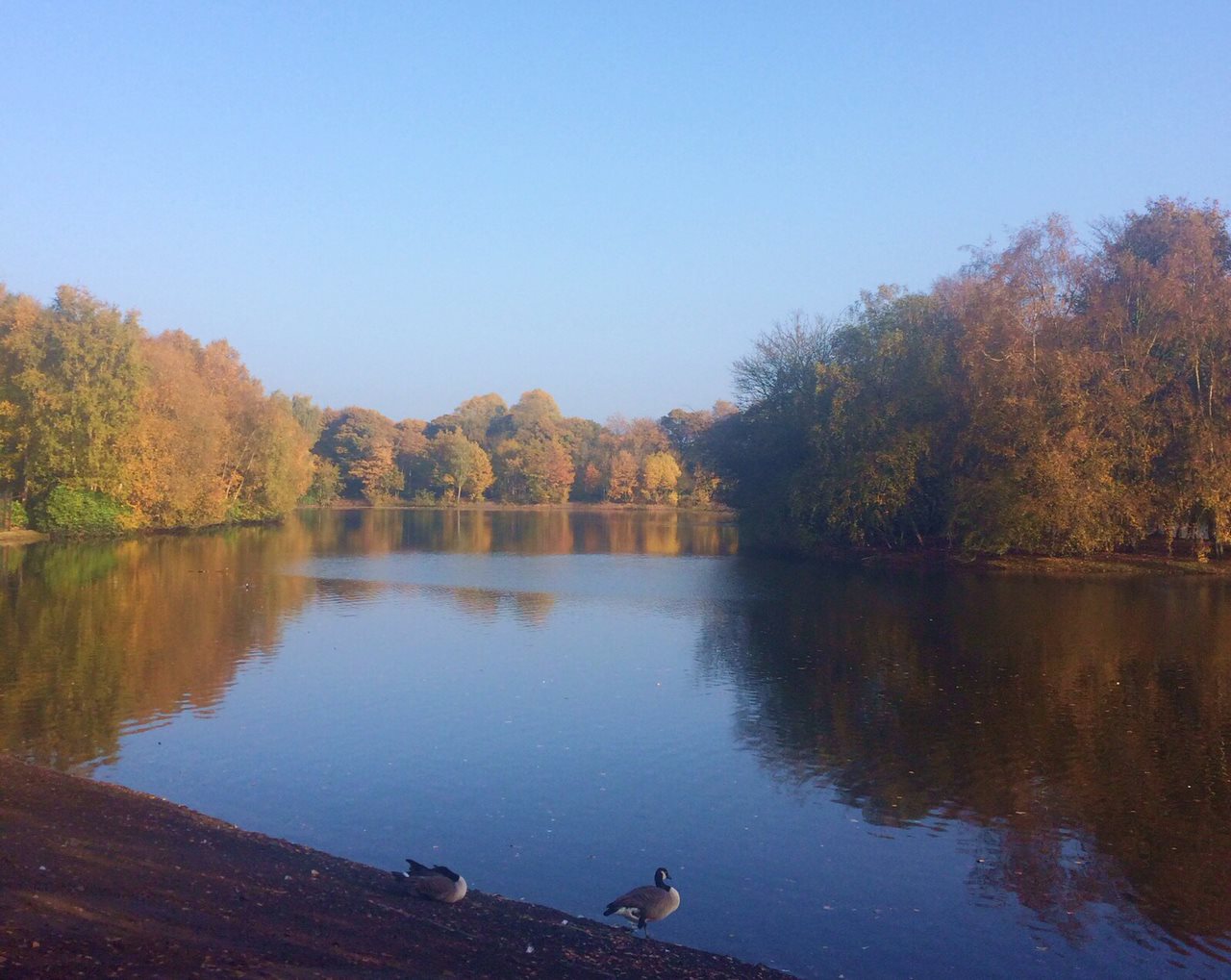 Now, if you're thinking of visiting manchester but also quite fancy escaping the urban sprawl, then Heaton Park is the place for you. The biggest and best park in the North-West has a variety of free things to do across its 600 acres, from play areas and cafes, to the animal farm that's home to chickens, goats, pigs, guinea pigs, rabbits and (we better not forget) the alpacas, to the stunning garden centre. The site has everything you could want for a free day out with the family or your mates.

Whilst the site is free to enter you do have to pay to park, but it is easily accessible by tram from the city centre and is a top day excursion when visiting.

Travel back in time to John Rylands Library 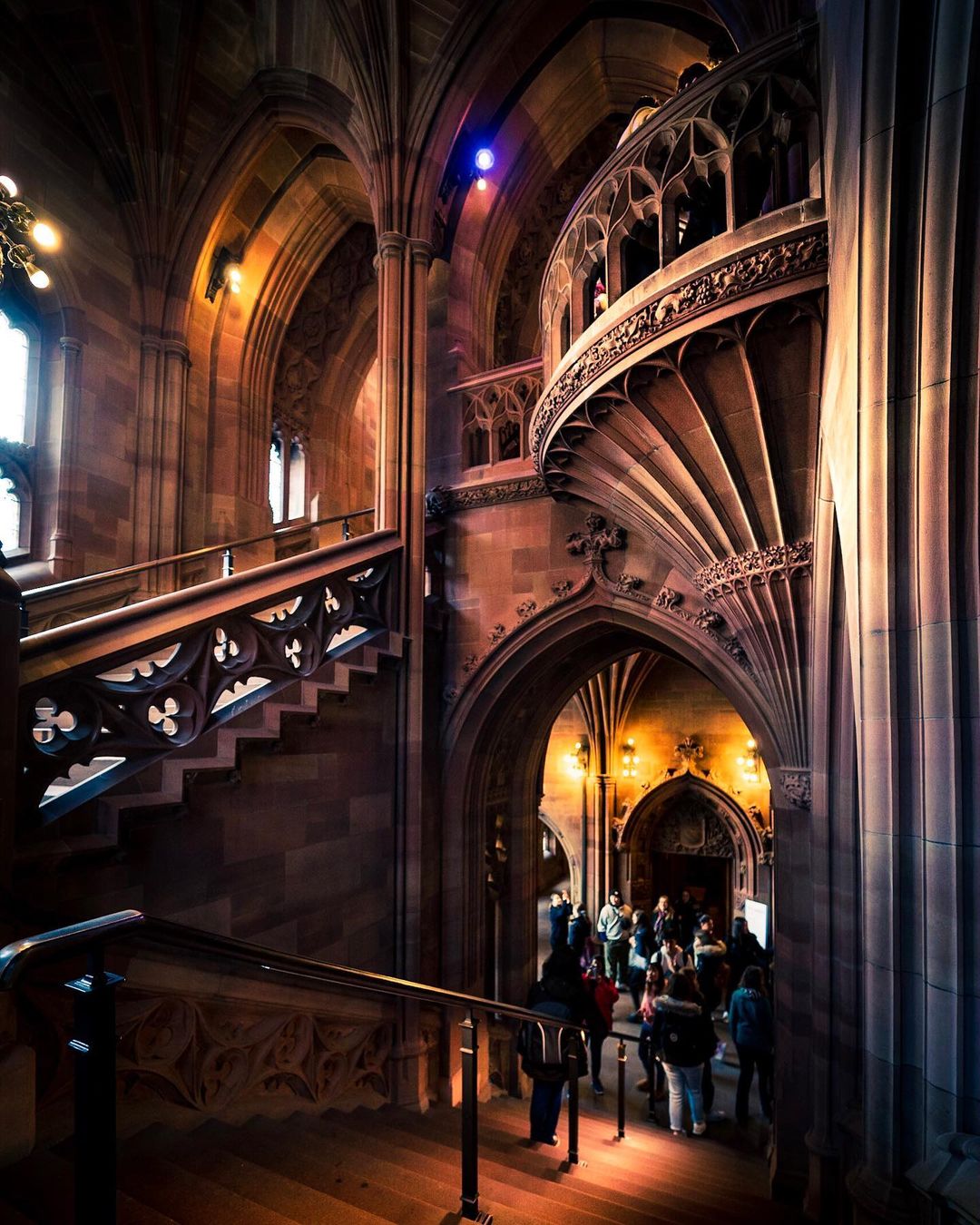 When: 10am - 5pm Wednesday to Saturday

Are you a stickler for some striking architecture, an avid bookworm, or just a fan of history? Then John Rylands Library is a corner of Manchester that will stun you. The site was commissioned in 1890 after John Ryland's death two years prior. Rylands was one of Manchester's most successful industrialists with a personal fortune of £2.75million (over £70million in today's money.)

Its Hogwarts-esque interior is a joy to behold and some of its contents are fascinating. It contains the oldest known fragment of the New Testament, the St John Fragment, and other treasures including a varied collection of magnificent illuminated medieval manuscripts and a 1476 William Caxton edition of Chaucer's Canterbury Tales.

In terms of free things to do in Manchester, this one is one of the prettiest, and most intriguing.

To find even more events happening around Manchester 2022, click or tap - HERE

Free Things to do in London

Best Things To Do In Manchester

Free Things to do in Edinburgh