» News and Features » Free Things to do in Liverpool

Free Things to do in Liverpool

Skiddle is here to give you an insight into all the best free things to do in Liverpool, a city with a rich history, compelling attractions, and amazing people.

The city that the scousers call home is steeped in cultural excellence and historical mishaps, but one thing is for sure, Liverpool is stunning, especially when you stroll across the docks. So, whilst a mooch about is definitely amongst the best things to do in Liverpool, we wanted to let you in on what else the Pool of Life has to offer (for free of course, we're all skint.)

There's beachfront art, free music in cultural hotspots, a whole array of museums on the dock, and so much more, so have a scroll down and start planning your next visit! 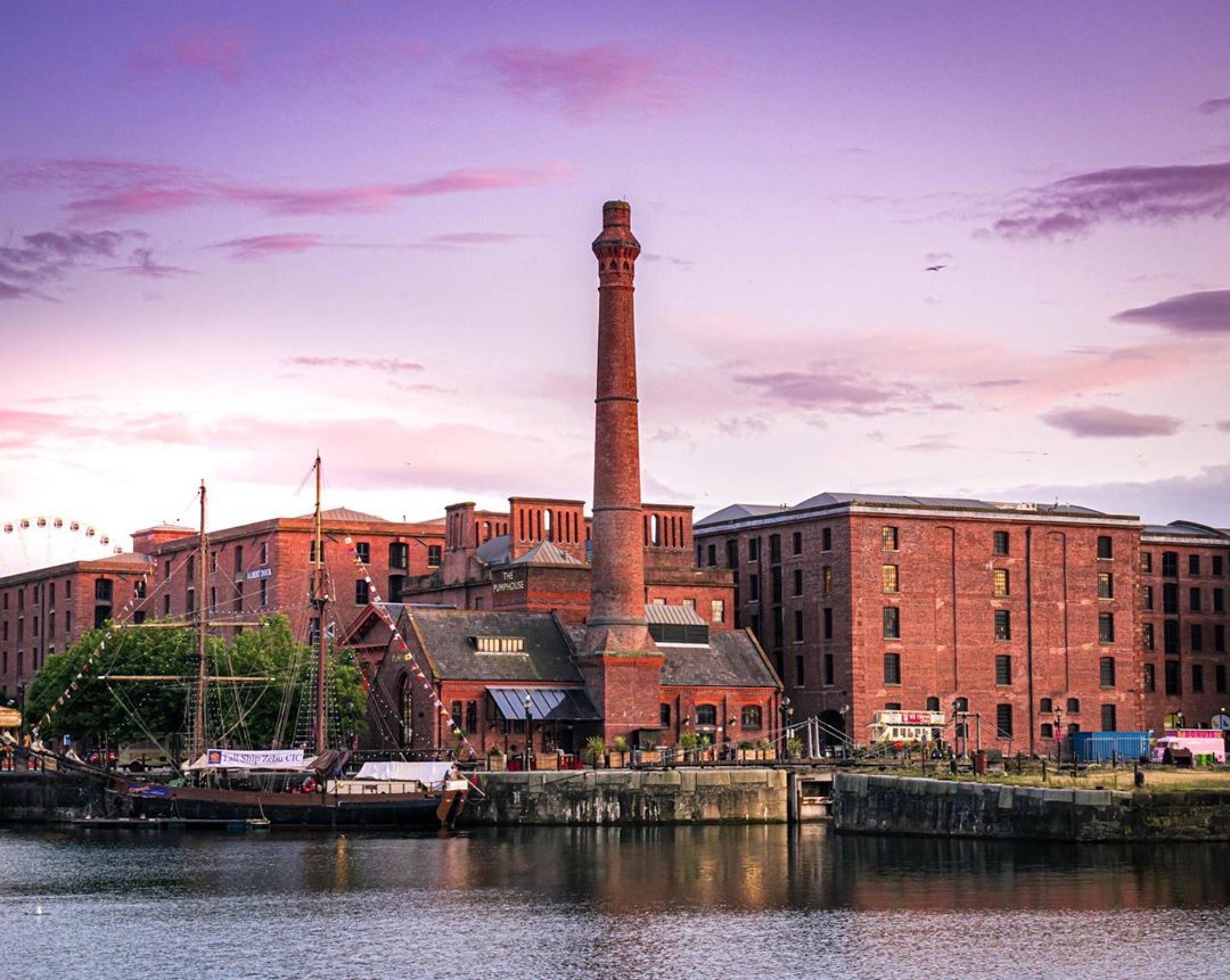 If you've been to Liverpool I think you'll what I'm talking about here. Walking down this gorgeous promenade is one of the best attractions the city has to offer, and you won't have to put your hand in your pocket once. The Docks are peppered with architectural beauties (including 30 James Street - the Titanic's port of registry!), museums, galleries, and a statute of this boyband I think you might have heard of.

Albert Docks is just one of those free things to do in Liverpool that everyone has to take advantage of, it's the perfect stroll on a sunny day, and it's impossible to miss (mainly as there's a big bit of water on the other side.) 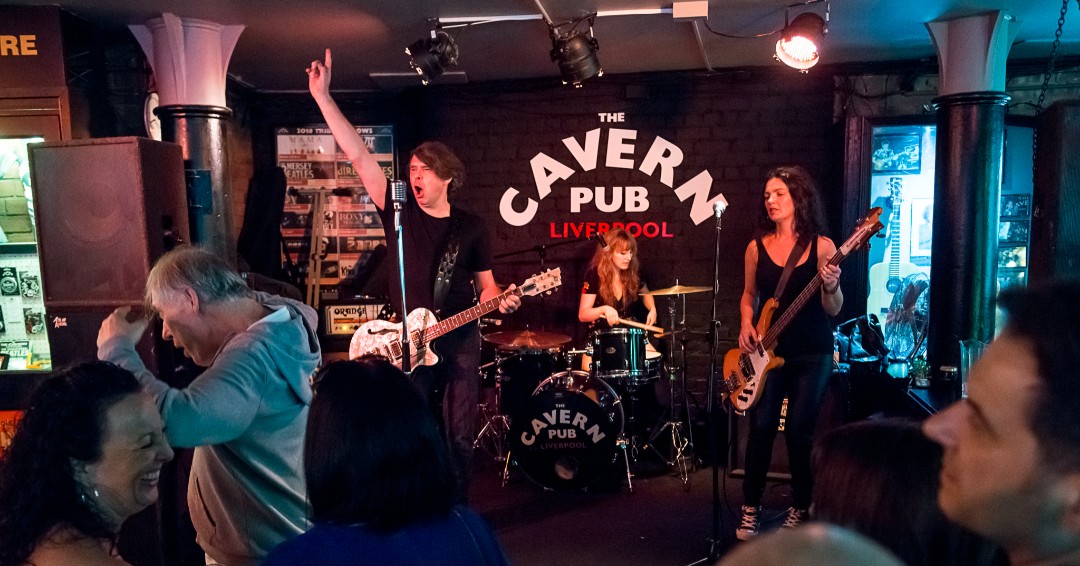 Where: 10 Mathew Street, OPPOSITE THE CAVERN CLUB, Liverpool L2 6RE

If we're talking about iconic venues then you'd be hard-pressed to find one more iconic than The Cavern Club in Liverpool, the spiritual home of the Beatles, and a club that all the big names have played, it's a must-visit. Yet, many visitors to the city don't know that just across the street from the legendary venue, is its sister, The Cavern Pub.

The pub has free admission and puts live music on every single night from a range of local and UK talent. Whilst we know it isn't entirely free as you'd look a bit odd stood in the corner without a drink, it's a small price to pay for a night of fantastic free music in a pub packed to the brim with rock memorabilia.

In our eyes, if you're on a budget, it's one of the best free things to do in Liverpool come sunset.

Count the statues at Crosby Beach 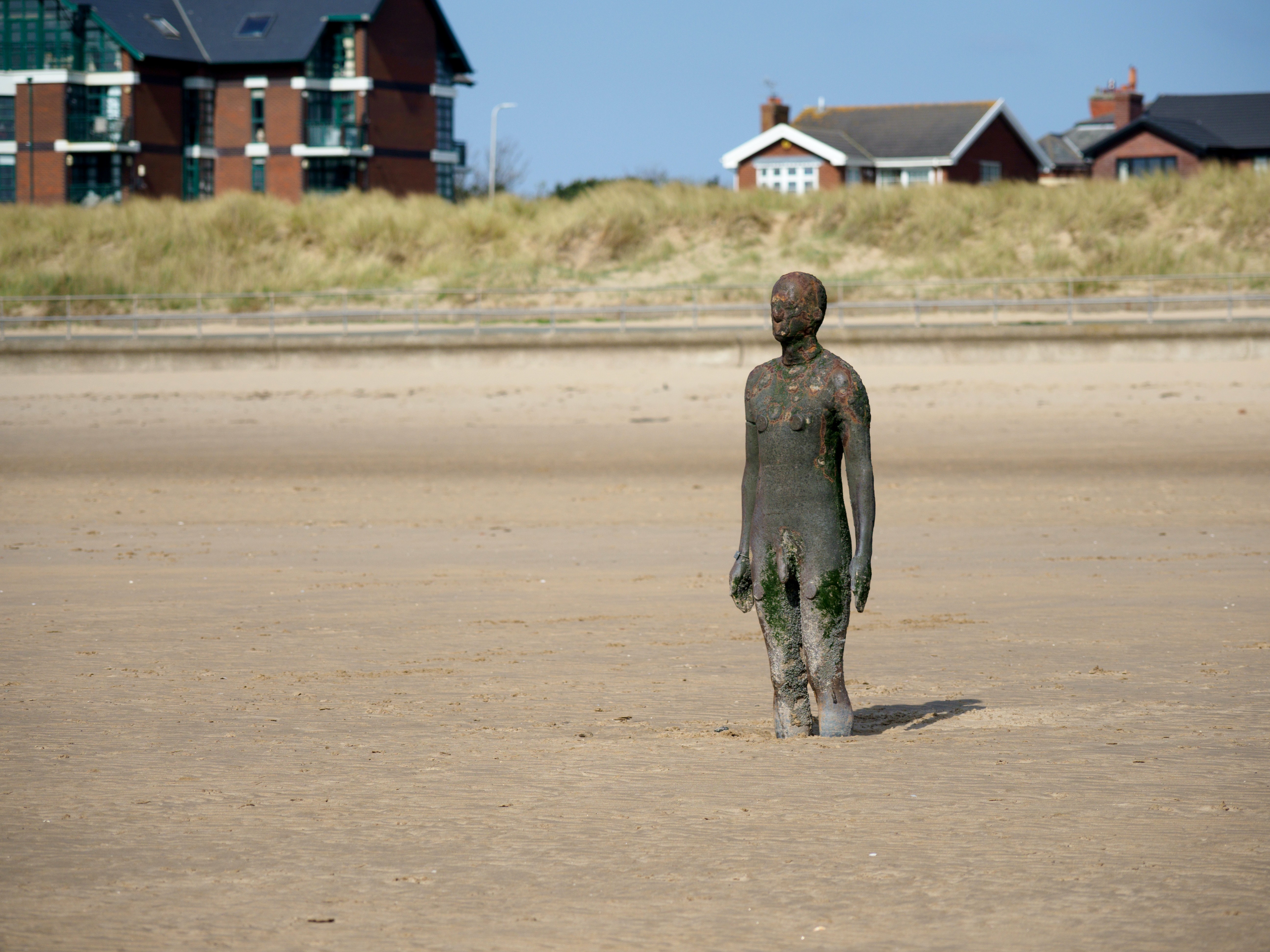 When: Open year-round (we'd advise a sunny day, however)

Whilst the scouse sunshine can be few and far between, when the rays do beat down on the Mersey coast there is no better place to lap them up than the shores of Crosby beach. The sands of Crosby are also lined with the gripping statue of Antony Gormley’s famous 'Another Place.' Featuring 100 cast iron figures stretching across three kilometres of the beach, going as far as a kilometre out to sea, this public artwork is one of the most striking on British soil (well technically sands but you get what I mean.)

The spot is endlessly Instagrammable and with each statue numbered, you can give it your best shot to see them all; Just be wary that when tides come in many will succumb to the sea.

Whilst it is a short drive or train journey outside the city, the beach makes for the perfect day excursion and a great example of free things to do in Liverpool.

See world-famous art at the Tate 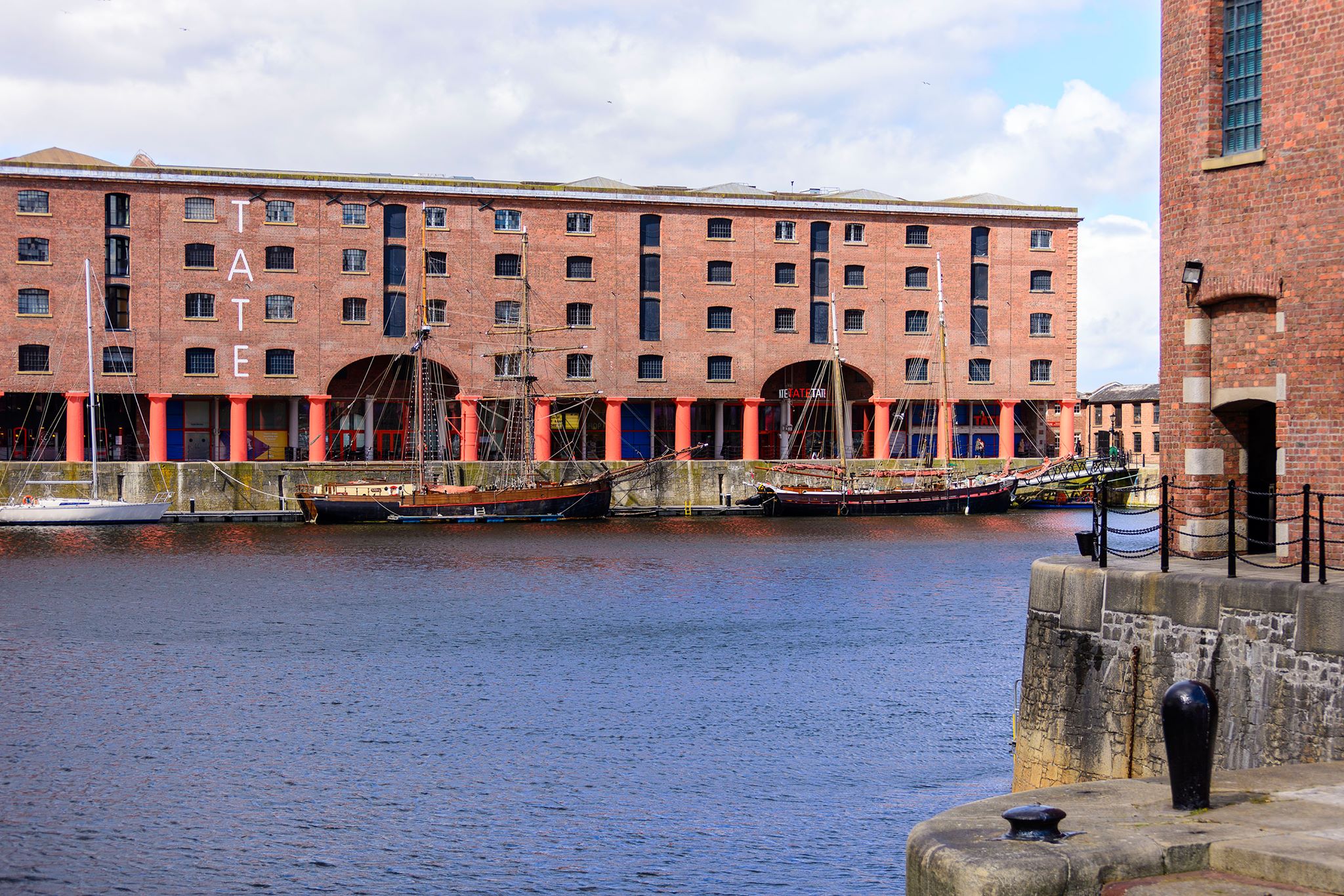 One of the most visited galleries outside of London and the cultural home of British and international modern and contemporary art in the North, the state is pretty incredible. Located in a spectacular Grade I listed building on Albert Dock, the gallery has held works by Gustav Klimt, Pablo Picasso, Andy Warhol and Claude Monet to name a few, and whilst modern art can cost an arm and a leg to buy, thankfully you can go and see it for free.

Whether you're after some sophistication, or just something a bit different, in terms of free things to do in Liverpool, the Tate is one we highly recommend.

Experience the transformation of the Bombed Out Church 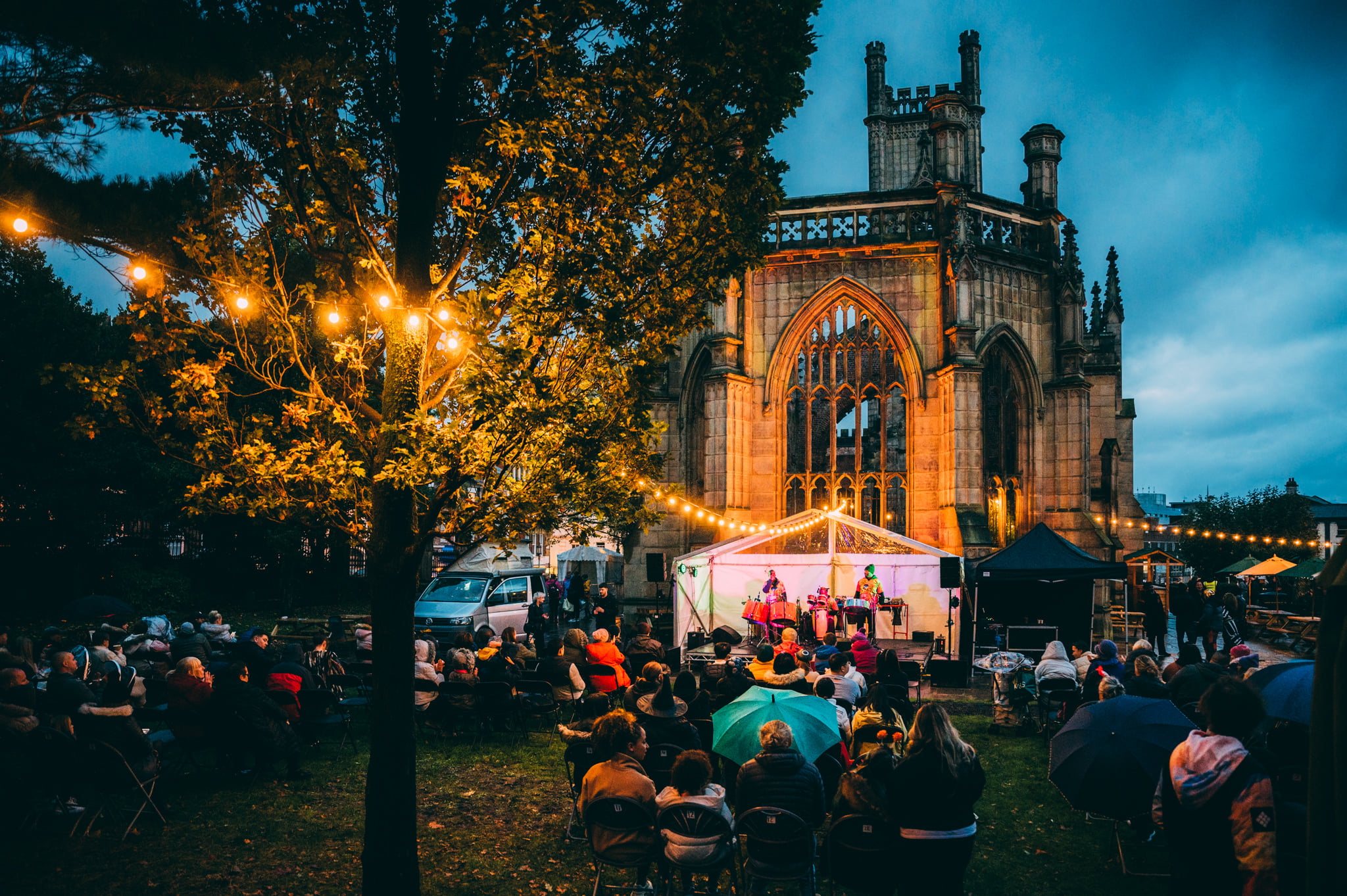 Image: The Bombed Out Church / Facebook.com

When: Opening times differ with events, check their website for more information

Suffering catastrophic damage in the Blitz of 1941, and standing derelict for the 60 years following, this stunning church is a microcosm for the people of the city. Since its reopening the site has become an established venue for theatre, dance, classical and world music, visual art, cinema, and spoken word.

With a variety of free events held throughout the year, the bombed-out church has become a cultural hub and community space for scousers to come together and share a love of the arts. Whether it's finding some amazing scran or cool trinkets at the makers market, or going to see a movie in some of the most stunning surroundings, this church offers so much and should be on everyone's list to visit. 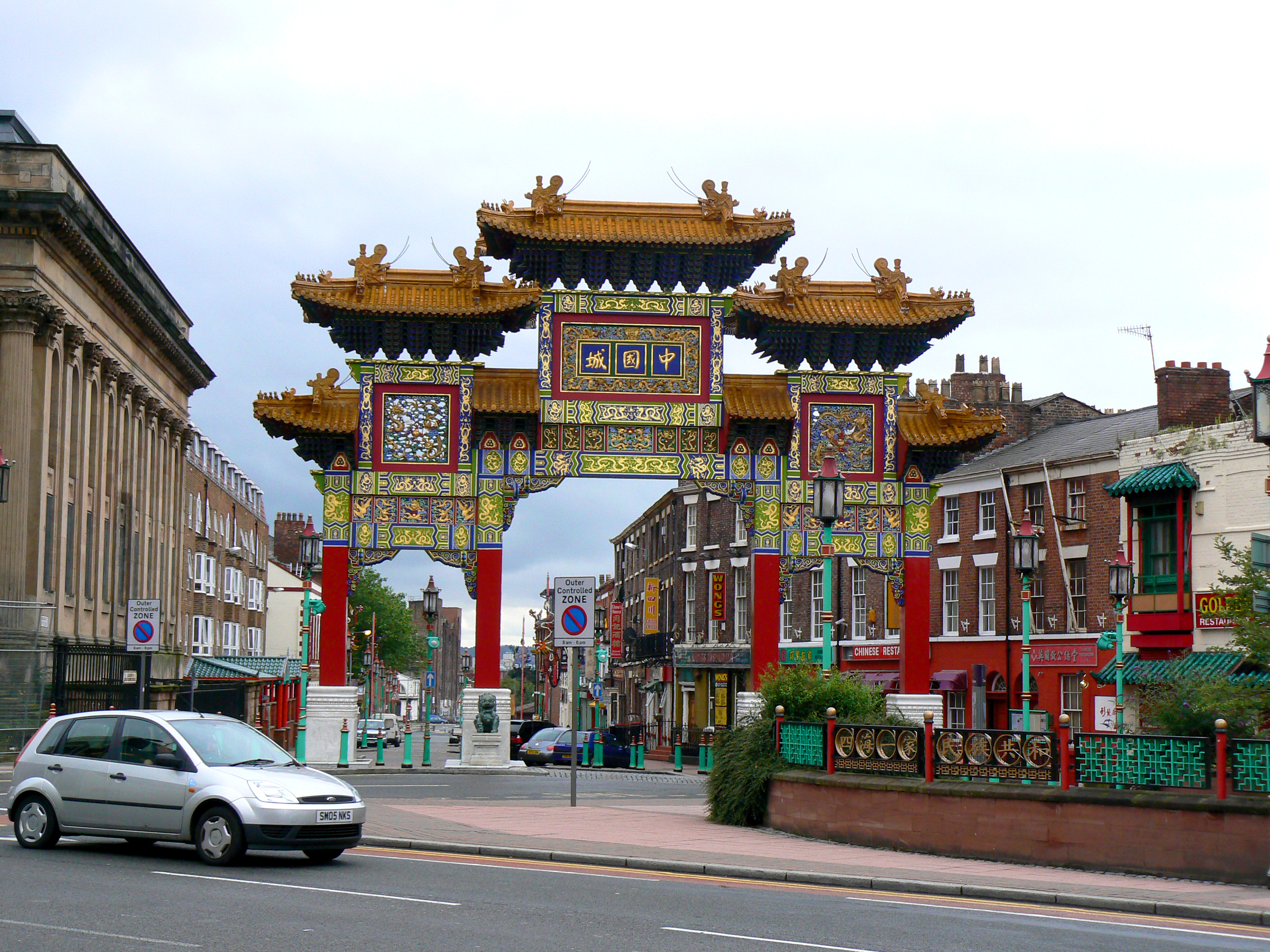 This is one you are certainly going to wonton go to (sorry...). Liverpool's Chinatown is the oldest in Europe and is home to one of its oldest and biggest Chinese communities. As you rock up you will also be greeted by a sensational piece of Chinese architecture with the Archway. The arch is the tallest in Europe and the second tallest in any Chinatown outside mainland China; celebrating the twinning of Liverpool and the city of Shanghai.

Whilst the area itself is relatively small, it makes up for it with its densely populated streets full of ornate signage and neon shopfronts, and whilst we know this is meant to be a list of free things to do in Liverpool, you'll struggle not to find yourself in one of the many restaurants or takeaways, as they all smell bloody incredible.

Uncover Liverpool's uneasy history at the International Museum of Slavery 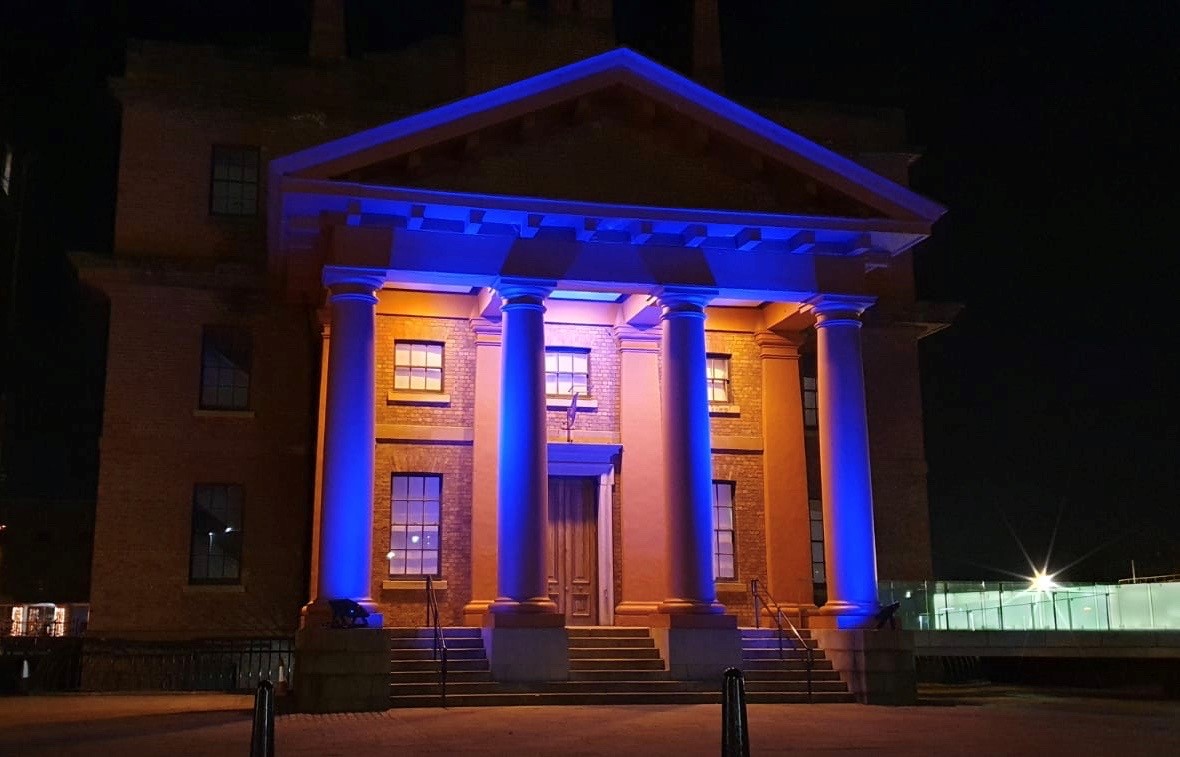 Located within the Maritime Museum on Albert Docks, the International Museum of Slavery is a sobering look at the history of the horrid trade. The museum documents the entire history of the slave trade, you are first taken on a thought-provoking, explorative journey beginning at life before slavery, exploring the rich cultural and social histories of the African people before they were decimated when the Europeans arrived.

You then continue to enslavement, with a range of audio-visual and interactive experiences that put you into the horrid conditions these people were subjected to as they were transported and sold. It then finishes with a spotlight on the struggles of racism and discrimination that the black communities still face despite the end of slavery.

The museum is one of the most eye-opening and informative on this list and an essential visit when looking for free things to do in Liverpool. 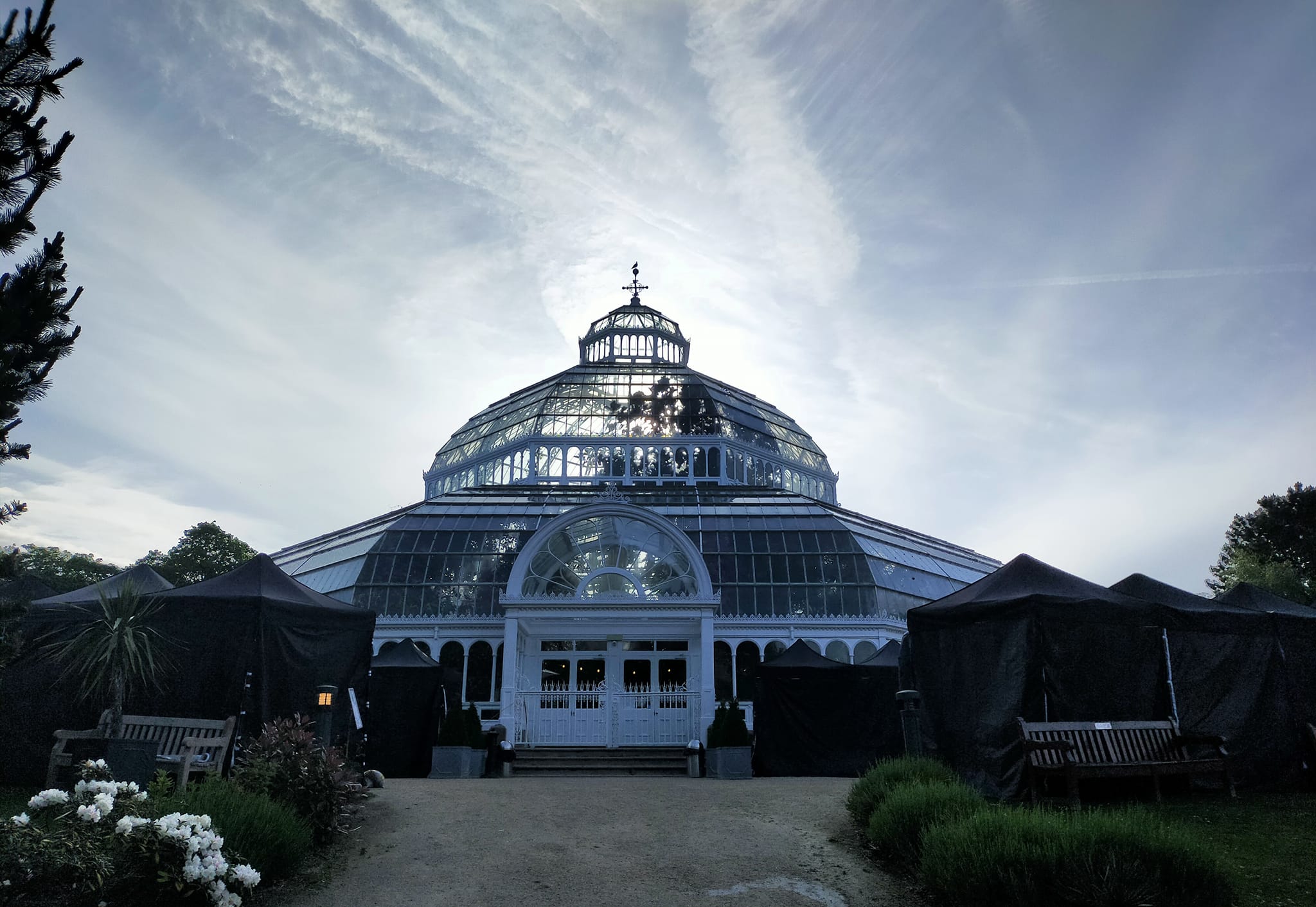 When: Open year-round, attractions inside will differ, check the website for more details.

Whilst the city thrives amidst its glistening waterfront, if you're after a more agricultural escape when looking for free things to do in Liverpool then you need to look no further than Sefton Park. The magnificent 235-acre site is a Grade 1 historic park, and whether you're after a relaxing chill with a blanket and a picnic, a mooch around some of the beautiful gardens, or you want a gander at some cool plants, it's got you covered.

The latter of these is the spotlight of the park, however. The park's Victorian Palm House was first opened in 1896 and has been attracting scousers ever since. Its botanical collection has over 200 plants, some of which are extremely rare and one that is extinct in the wild (you better be careful around this one.)

It's a fantastic day out and there are a variety of special events held on the grounds throughout the year that you should definitely plan your trip around. 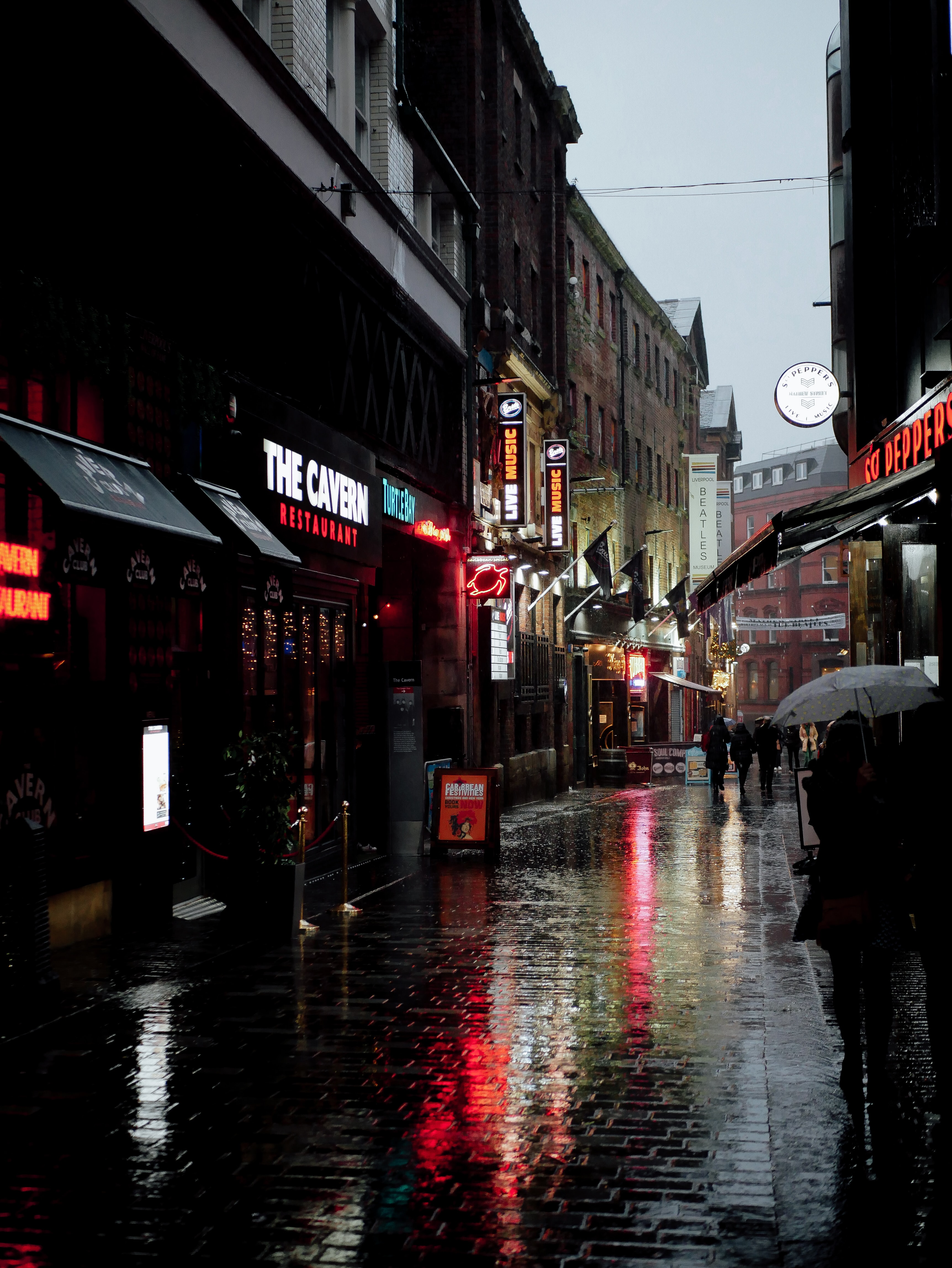 Right in the heart of the city, there is a street. A street upon which once trod the 'four lads who shocked the world.' A street that captures the lustrous heart of a remarkable city. This street is Mathew Street, and in terms of cultural iconic free things to do in Liverpool, there is nothing better.

Housing the infamous Cavern Club, statues of John Lennon and Cilla Black, and a whole range of other Beatles-related bars, restaurants and clubs, the street is an oasis fit for any magical mystery tour of the city.

Whilst obviously the majority of the place that line this famous street won't be free, it is an experience just to walk down and recreate the memories of years gone by.

Uncover the city history at the Museum of Liverpool 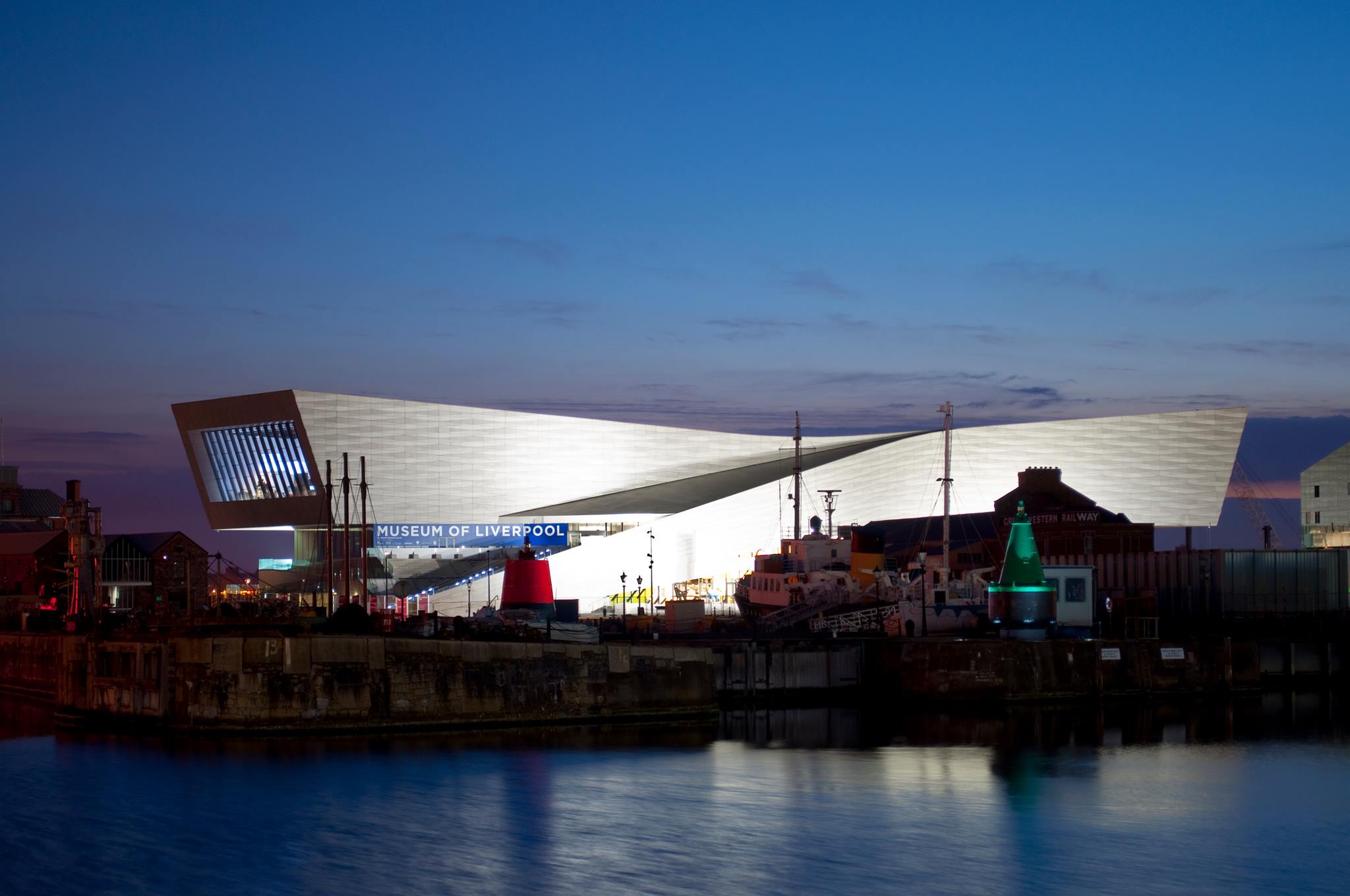 If you're after a free thing to do in Liverpool where you can also learn about the deep, layered history of the city and surrounding region then the Museum of Liverpool is for you. Dominating the pier, this museum was the first in the world to dedicate its entire insides to the history of a region, as well as being the largest newly-built national museum in Britain for more than a century.

From pop culture to local archaeology, there are more than 6,000 objects that bring Liverpool's history to life, and if your looking to ingratiate yourself in the history of the city then look no further than this modern historical achievement.

Best Things To Do In Birmingham

Free Things to do in Manchester

Best Things To Do In Liverpool