Warning: Use of undefined constant USER_ID - assumed 'USER_ID' (this will throw an Error in a future version of PHP) in /home/vhosts/david.skiddle.com/httpdocs/news/news_item.php on line 990

Warning: sizeof(): Parameter must be an array or an object that implements Countable in /home/vhosts/david.skiddle.com/httpdocs/news/news_item.php on line 1186
 The Top 15 Music Festivals in Europe 2020 | Skiddle
» News and Features » Europe's Best Music Festivals 2020 inc. Glasto, Creamfields & Lovebox

Ahead of festival season 2020, we've rounded up fifteen of our favourite music festivals from across Europe, taking in the UK, Croatia, Spain, Germany and more.

When it comes to putting on festivals, there's no continent quite like Europe.

Huge line-ups, beautiful settings and state-of-the-art production, from the iconic and insurmountable Glastonbury Festival to the mammoth, sixteen-stage, dance mecca of Tomorrowland, rocker's paradise Rock Am Ring in Germany to Bilbao BBK in the mountains of Basque country, there's almost too much to go at.

Here to assist you through the difficult decision making process, we've hand picked fifteen of our favourite European festivals, covering a wide spectrum of genres, from pop to hip-hop, electronic to rock, if you want it, Europe's got it.

Click on the festival names below for tickets and more info... 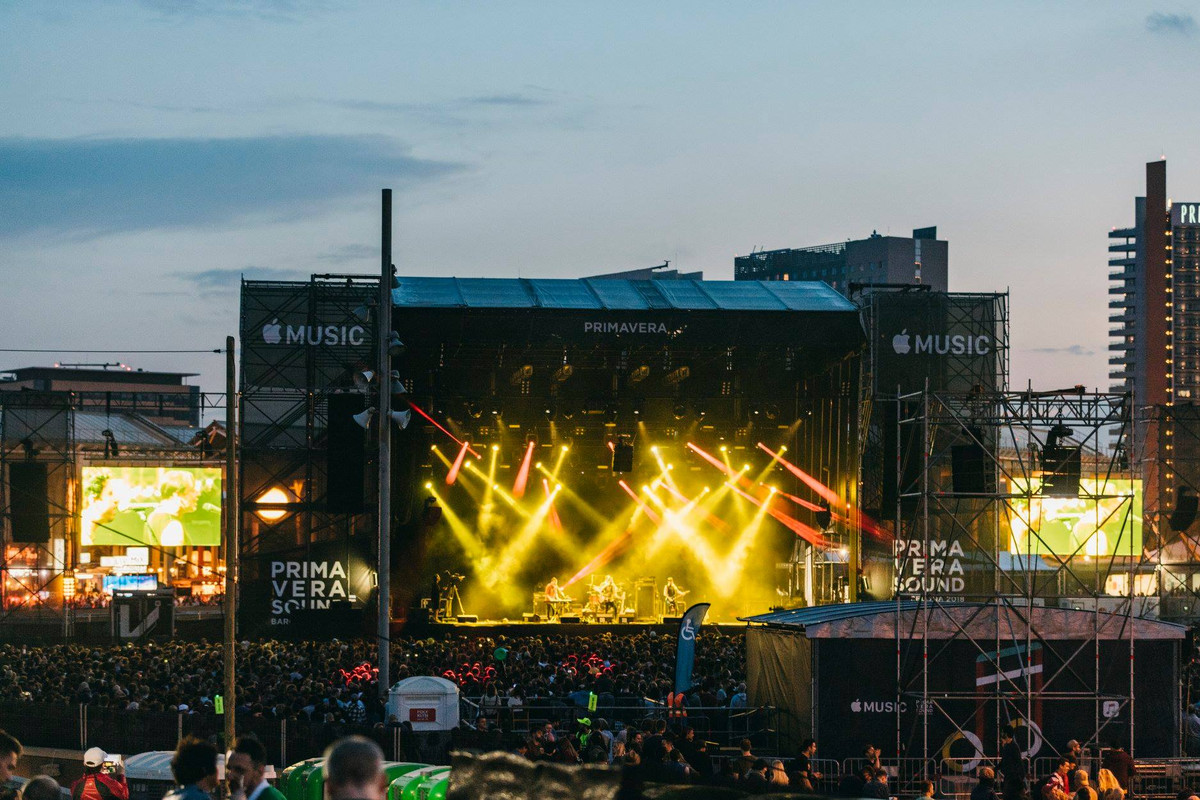 Forward-thinking, talent-championing lineups, a beautiful urban setting, impressive visuals and an inclusive, warm and welcoming atmosphere are all factors which make Primavera one of Europe's finest festivals.

Nearing twenty years old, acts to have graced the Prima stage include the likes of Arcade Fire, Queens of the Stone Age, Arctic Monkeys, Kendrick Lamar, Sonic Youth and Portishead.

In 2019, the festival was the first to deliver a line-up with a 50/50 gender split, with appearances from Miley Cyrus (replacing previously booked Cardi B), Solange, Janelle Monae, Peggy Gou, FKA Twigs and Christine and the Queens, alongside the likes of Tame Impala, FUTURE and Interpol.

Situated on the coast, just a stone's throw from the centre of Barcelona, this festival is perfect for those looking to soak up more than just the sun, sea, music and booze. 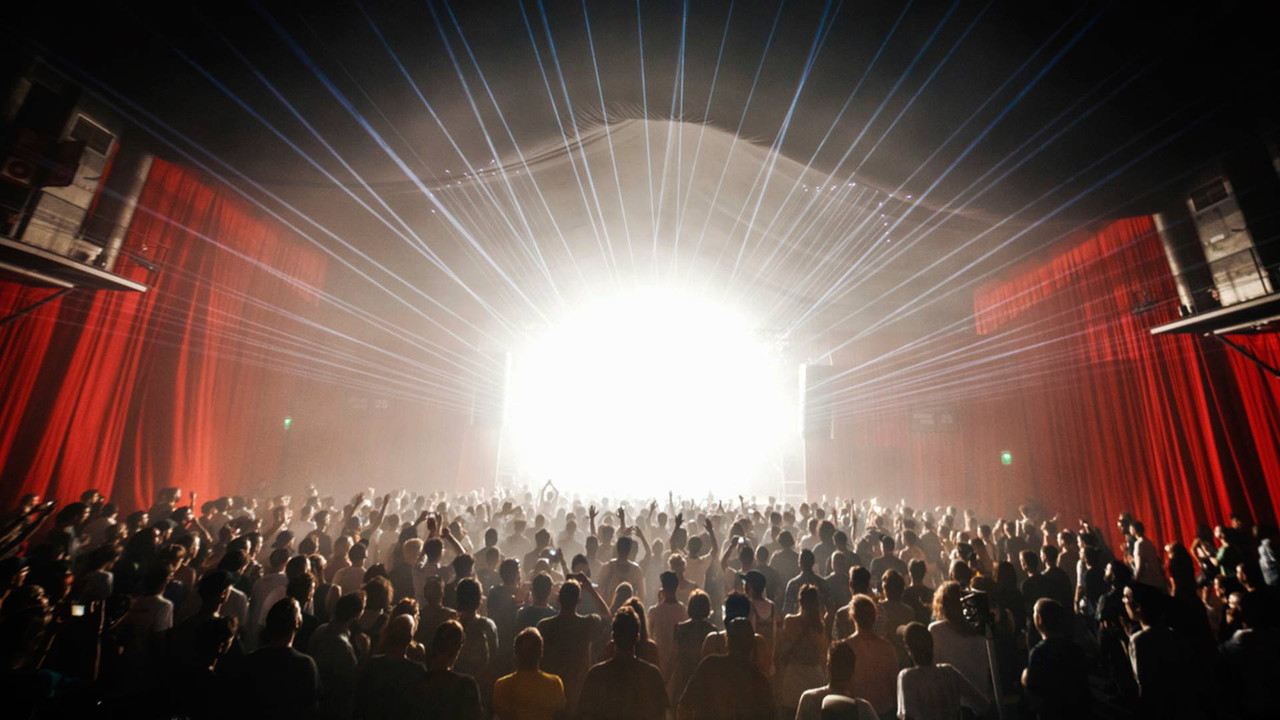 Sonar Barcelona, and co-existing 'unofficial' week-long fringe event, OFFSonar, are at the forefront of global electronic music events, bringing a heap of cutting-edge electronic acts and DJs to the city year-after-year.

Sonar - which now attracts 100,000 people over three days and nights - has existed since 1994, and in its time has attracted the likes of Björk, Kraftwerk, The Chemical Brothers, Pet Shop Boys and DJs including Laurent Garnier, Sven Väth and Nicholas Jaar. If big names (Stormzy played last year), festival stages and larger crowds are your bag, Sonar is the one for you.

But if you're after more intimate sets inside more unique venues (including a monastery), the week-long OFFSonar programme might be more your bag, with the chance to catch the big main festival acts in smaller venues right across the city.

View the best of Hideout!Â ðÂ Do you really want to miss out on the perfect summer holiday?Â âïž Click the link in our bio to book now!

Where: Zrce Beach in Isle Of Pag, Croatia

Located on the scenic shores of the Dalmatian coast in Croatia, Hideout Festival is one of Europe's leading electronic music festivals. Featuring standout line-ups across five open-air, beachside venues, plus boat/beach parties with an abundance of sand, sea and water sports, it's not hard to see why this one is so popular.

Hideout organisers have announced the first wave of artists for 2020 including: Artwork, Hannah Wants, Danny Howard, DJ Hype, Holy Goof and many more. 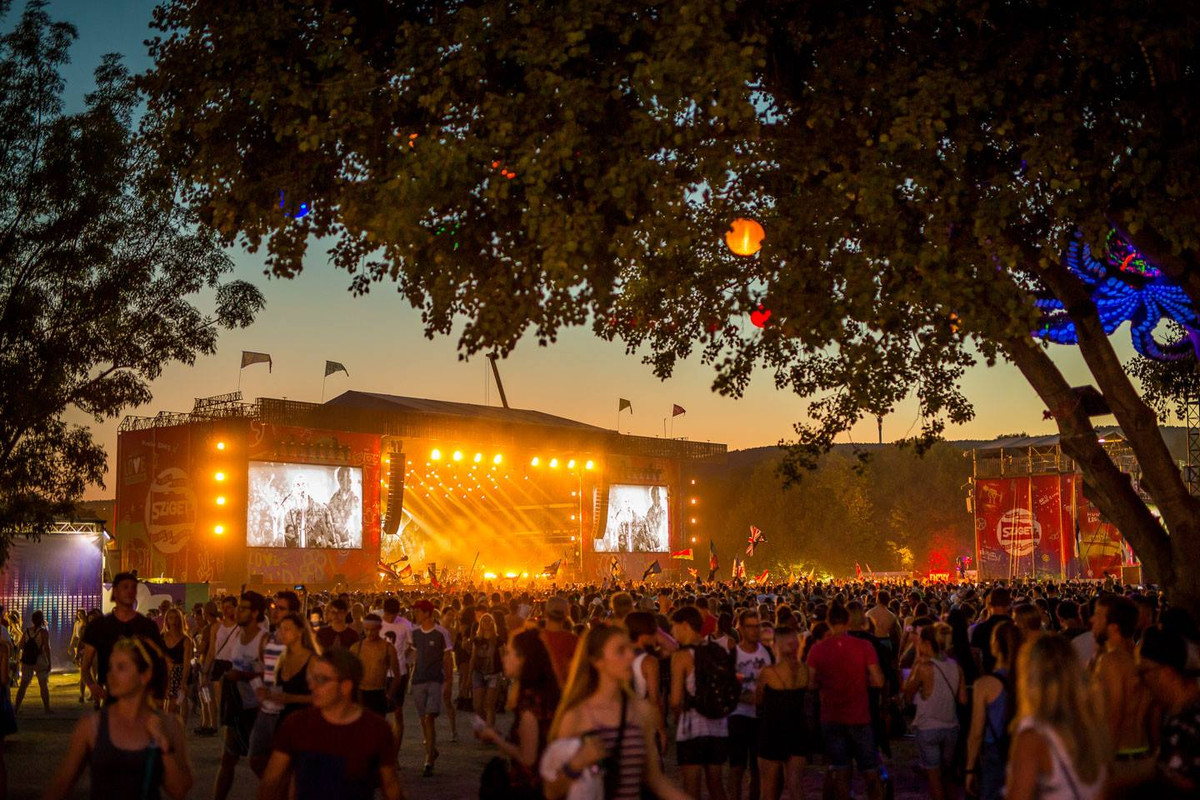 Situated on the river Danube, on the man-made Óbuda island in Hungary's capital, is one of Europe's biggest music festivals. Celebrating its 27th event in 2020, the festival will welcome more of global music's biggest names, performing top crowds of up to 90,000 per day.

Recent years have seen performances from Ed Sheeran, Gorillaz, Lana Del Rey and Muse, with the likes of Taylor Swift, The Weekend and Tame Impala all rumoured to appear at this year's event.

Some of our photos from a truly super Sunday at #Glastonbury2019

What is undoubtedly the world's most renowned and largest greenfield music festival, Glastonbury will celebrate a very special birthday this June

Situated in the Somerset countryside, occupying 900 acres of land, the epic festival of music and art featured more than two thousand live performances over 79 stages in 2019.

This year, to mark its half centenary, festival organiser's have brought together three of the biggest names in world music: Paul McCartney, Taylor Swift and Diana Ross. Also rumoured to be playing in 2020 are Guns 'n' Roses, Madonna, The 1975, Arctic Monkeys, Ariana Grande and... er... Abba. Actually, we're well into that. 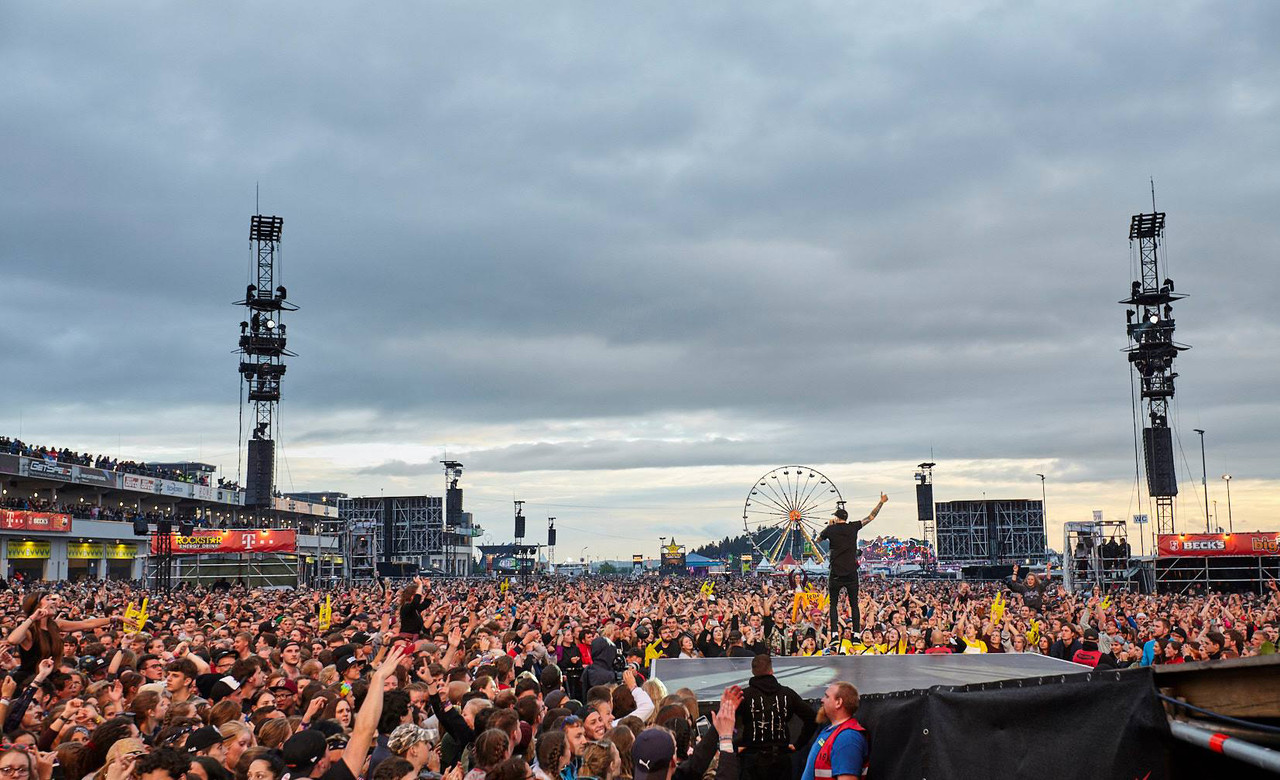 For those who like music on the heavy side, look no further. Germany's Rock am Ring festival, held at the famous Nürburgring race track, is one of Europe's (if not one of the world's) biggest rock festivals.

Now in its 35th year, the event, which has welcomed many rock greats throughout its illustrious history, including David Bowie, Aerosmith, Bob Dylan and Metallica, will be headlined by American punk rock royalty Green Day, alongside Volbeat, Korn, System of a Down, The Offspring and blues legend Seasick Steve. 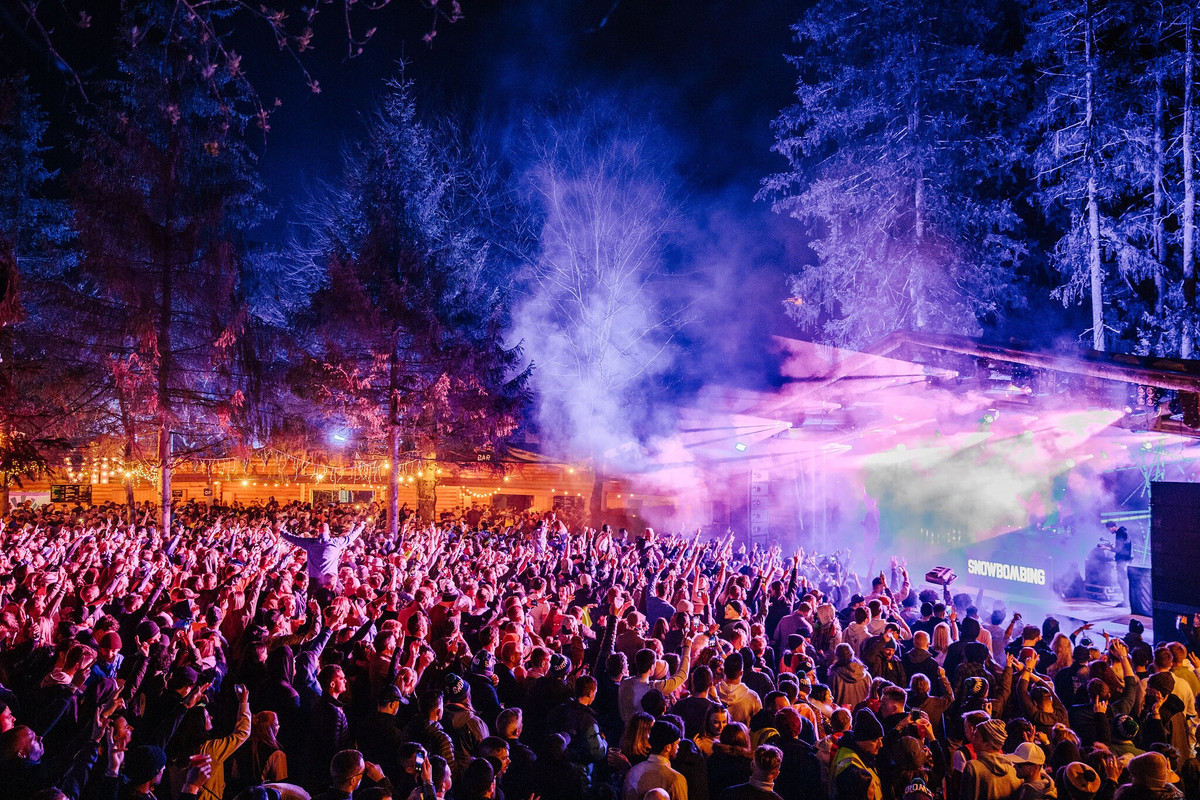 The original ski resort festival, held in the Austrian town of Mayrhofen, surrounded by miles upon miles of Alpine mountain range, is a popular destination for music lovers and adrenaline junkies alike. Attendees can ski and snowboard throughout the day on some of the best trails in Europe and party with like minded ravers in frozen forests and igloos by night.

Lose yourself with @Alesso

Widely regarded as one of the most elaborate festivals in the world, with mammoth-scale production across sixteen stages, accompanied by mind-bending visuals and an always impressive roster of DJs, Tomorrowland is quite rightly one of the most sought after festival tickets in Europe.

Tickets are, as you would expect, extremely hard to come by, with Tomorrowland's popularity being likened to Glasto. Be sure to act fast if you're thinking of making the trip over to Belgium this summer - and get registered sharpish. 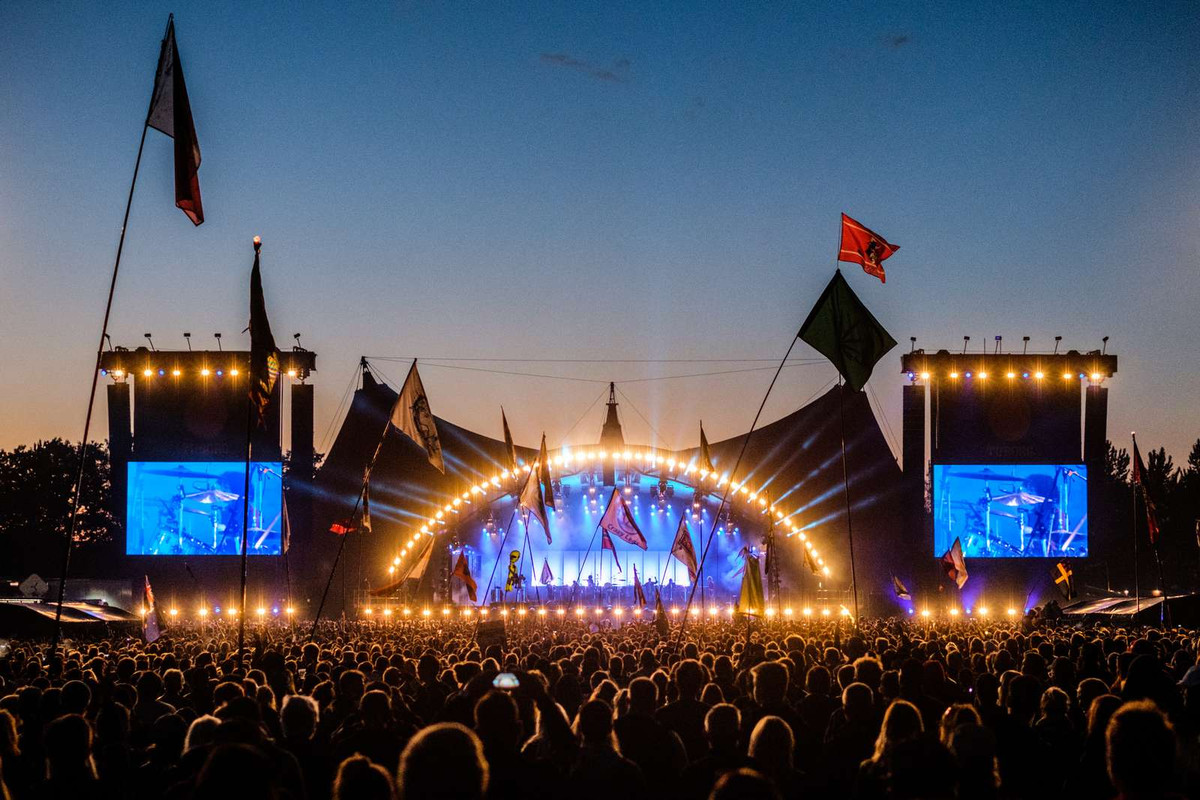 One of Europe's largest and longest running music and arts festivals, Roskilde celebrates its fiftieth (yes, 5-0) event this June with an especially remarkable line-up to mark the important milestone.

The non-profit event, which donates one hundred percent of all its profits to charities in countries across the globe, has previously welcomed the likes of the Red Hot Chilli Peppers, New Order, Pharrell Williams, Paul McCartney, Arctic Monkeys, The Rolling Stones, Florence and the Machine and more to perform over it's eight stages. 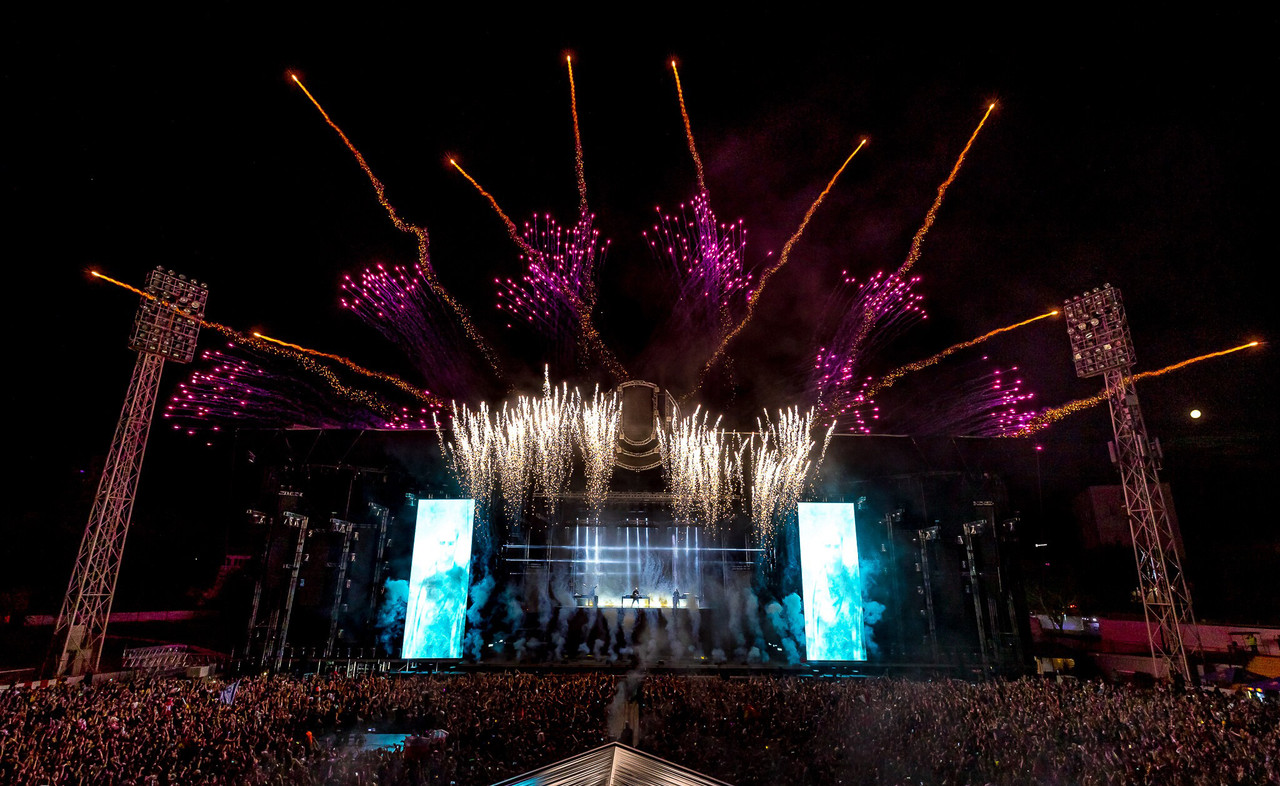 Another giant event taking place on the shores of the Adriatic Sea, Ultra Europe is a festival that many hardcore ravers have marked down on their calendars.

The three-day event - which brings together some of the world's most respected and popular DJs, covering a variety of genres including EDM, house and techno - occupies Croatia's second largest city, Split, throwing huge shows and lavish parties at numerous destinations along the Dalmatian coast. 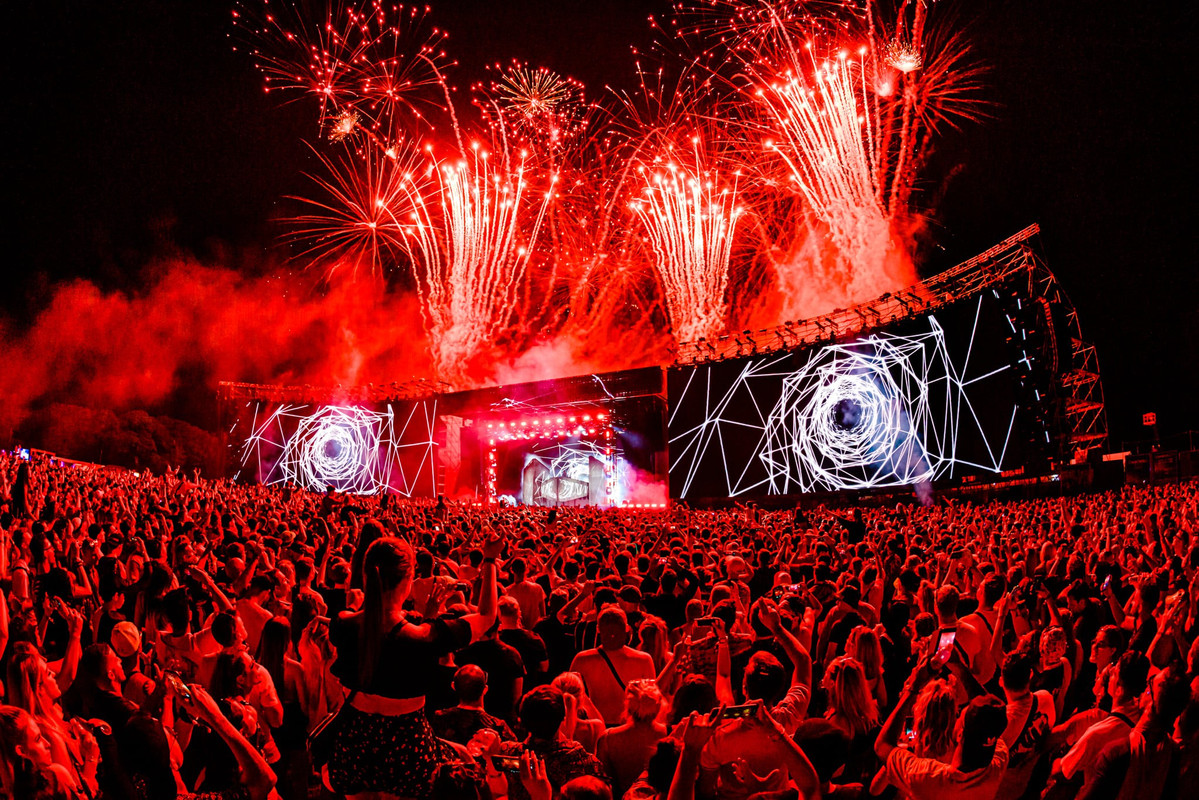 If you're down to party from dusk until dawn, you need look no further. This massive, multi award-winning, world-renowned, open-air electronic music festival is an absolute must for hedonistic ravers.

Hosting a multitude of the world's most credible artists, representing a variety of sub-genres within the dance music scene, Creamfields is an event that not only draws an enormous number of attendees, but an equally huge roster of names year on year, to perform upon its state-of-the-art, ground-breaking stages and arenas.

Artists confirmed to perform at this year's event include the likes of Armin Van Buuren, Pendulum, Chainsmokers and Steel Yard arena headline act, Camelphat. More artists are still to be announced. Watch this space.

Taking place on the side of Mount Cobetas, in the stunning Basque country of northern Spain, Bilbao BBK Live is a music event that ticks all the boxes.

Offering an escape from the constraints of modern life, attendees can take in the breathtaking panoramic views of the city of Bilbao, whilst rejuvenating in the nurturing hillside landscape. On top of that, punters can expect to be spoilt with a jaw-dropping programme of culturally important artists. 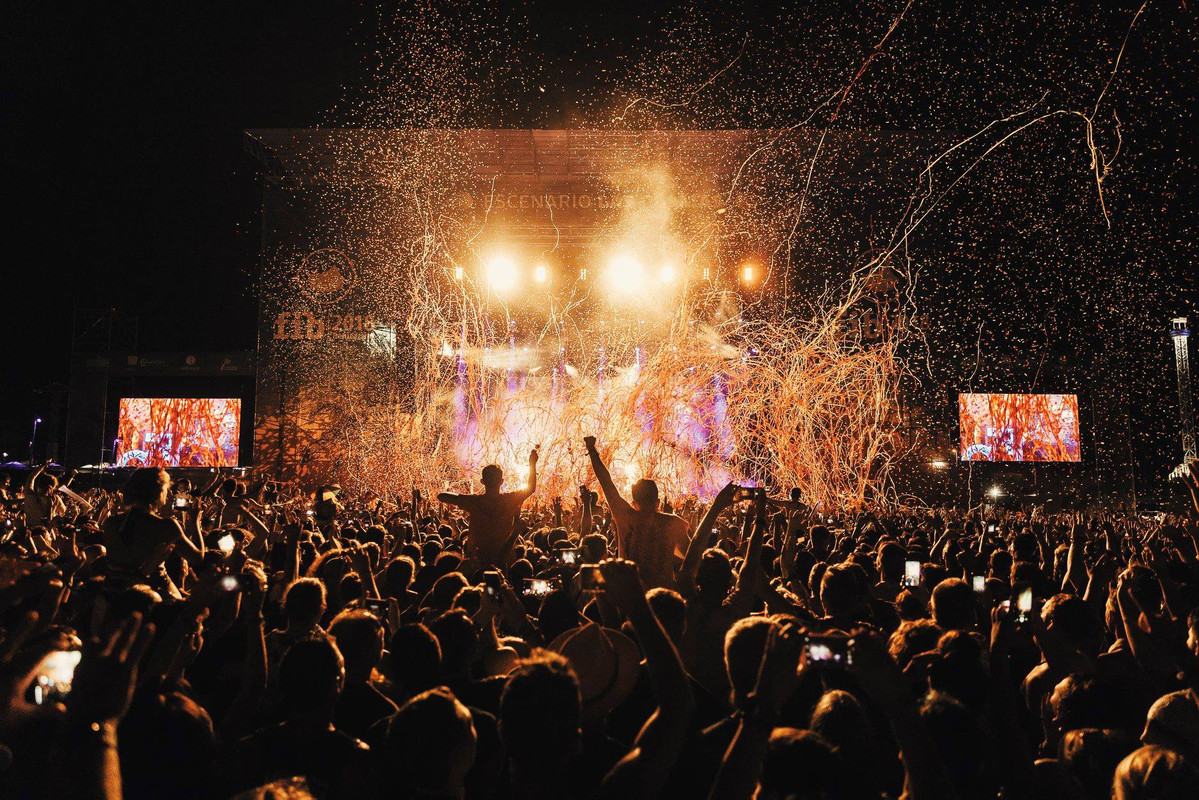 If you're looking to change up your usual festival experience and swap the squelching, sodden fields of the English countryside for golden white sands, blue skies and basking temperatures, you'd do a lot worse than Spain's most popular festival, Benicassim.

This four-day event, located on a idyllic beach resort on the east coast, has welcomed a plethora of coveted names over the years including the likes of Kings of Leon, Lana Del Rey, The Killers, Arctic Monkeys, Stormzy and Travis Scott.

This year, those lucky enough to be at 'Beni' will witness performances from headline acts: The Libertines, Vampire Weekend, Foals, Khalid and more, with an eclectic variety of artists supporting from early afternoon to the early hours of the morning. 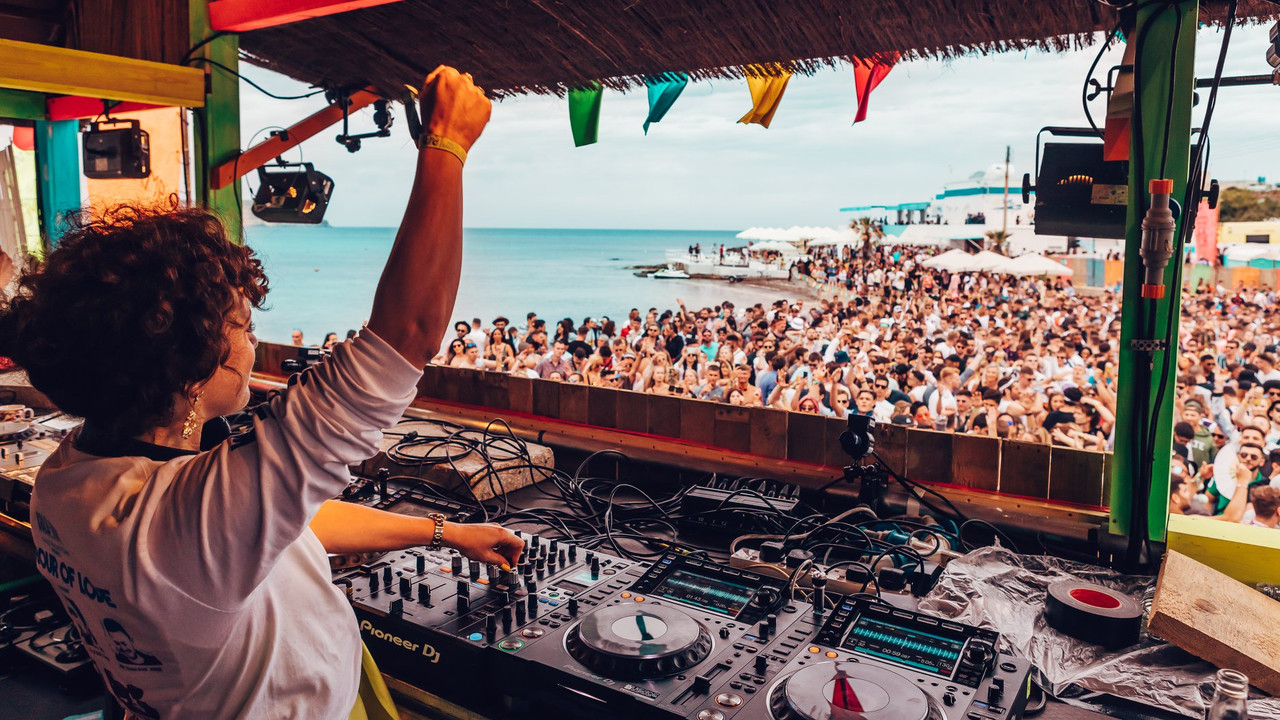 BBC Radio One host and influential tastemaker Annie Mac will once again return to the sun-kissed shores of Malta, bringing with her a horde of big name and emerging artists for the sixth edition of Annie Mac presents Lost & Found. 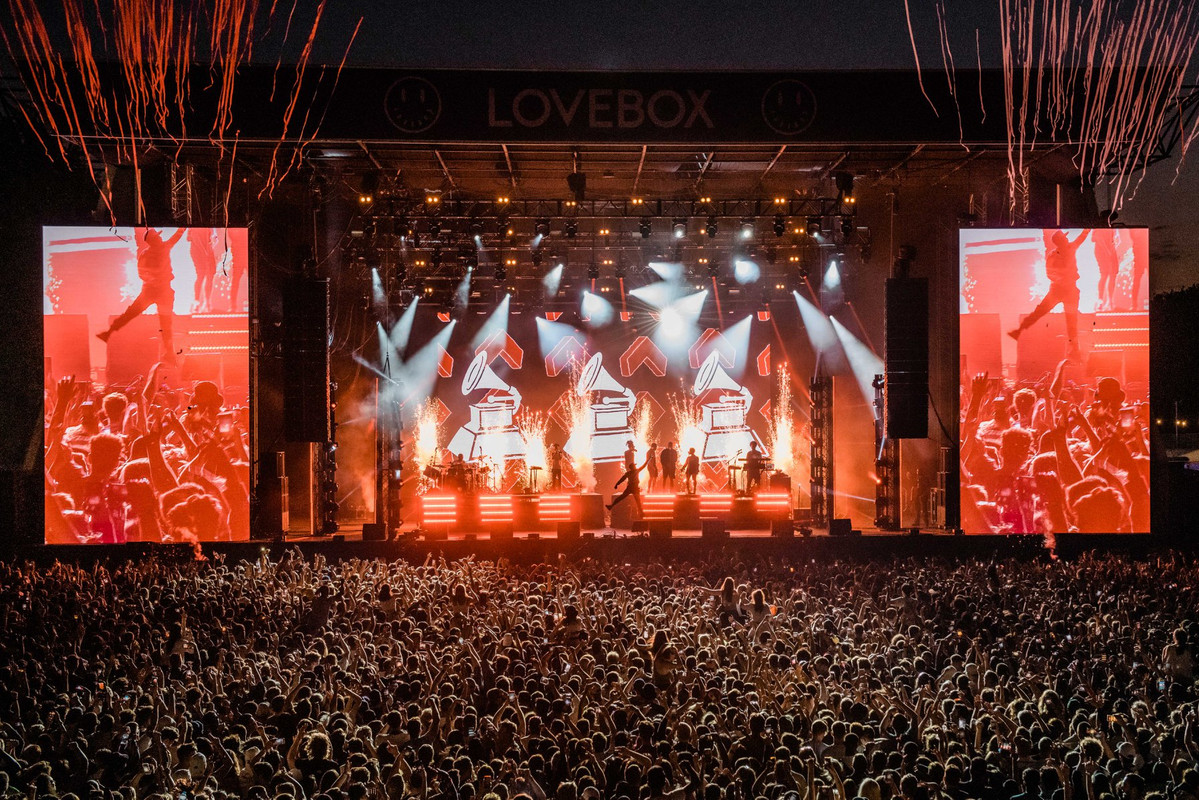 What first began as a club night on Tottenham Court Road in London (co-founded by members of Groove Armada) has evolved to become one of the UK's most revered live music events - Lovebox.

Taking place at London's Gunnersbury Park, this weekend-long musical gathering attracts an impressive roster of established and emerging talents from across the globe, covering a wide spectrum genres from electronic music to pop, R&B, reggae and rap.

If we've put you in the mood to be making summer plans, and we hope we have, make sure to check out Skiddle's full Festival Guide 2020.

Ten UK artists to watch in 2020: from Aitch to Celeste

The Best Music Festivals in Spain 2020

The Best Music Festivals in Croatia 2020