As another Ibiza season draws to a close, we talk to major White Isle player Brandon Block about the highs and lows (but mainly highs) of the past few decades.

Drowning in debauchery is a rather misleading turn of phrase. It could lend itself to a situation full of hedonistic zest or one of a downward spiral whose end is met by pit of regret and bone-shivering comedowns. Brandon Block can relate to both – over the last 3 decades the veteran house music producer has journeyed through the eras that we merely hear about.

Though after all his successes, the world that kept him alive was quickly becoming a vacuous hole, and in the late-nineties creative output was at an all time low. But this isn’t the obituary of one of Ibiza’s lauded players; it is the story of his return from abyss.

Since the 1980s you’ve been on a rollercoaster ride of highs and lows, would you say your career and your life is one in the same? Is there a line between the two?

I think that could have been said in the 90’s and 80’s but since I cleaned up it’s been on a lot more even keel, although you do notice the highs and lows. Thankfully there are never too many lows...

Have you found mentally challenging situations have greatly influenced your music?

I’m sure there are times in everyone’s life that have been influenced by music, i have been able to map my life by the music I listened to, and the music I played. Music is a memory trigger....

Your tell-all book ‘The Life and Lines of Brandon Block’ traced your journey up until now. Why did you feel the need to tell your story?

I was asked by many people to write a book, so my very good friend Matt a journalist, said he would like to do it, so we did. It’s been well received, although a niche book, it’s still a reminder of some wonderful and not so wonderful times that we experienced in the early years

In terms of music as a business: Has the Internet and in turn the decrease in actual sales made commercial ventures and collaborations with big businesses more valid for musicians and DJs?

I think you have to just look at the charts and the clubs now. The Internet has opened worlds of music to billions, the collaborations, the fact that nearly every musician or recording artist needs a dance mix done by DJ producers but obviously the vast amounts of money for records has diminished because of downloading, but it’s an open market for new talent now.

Over the last two decades you’ve witnessed the progression of ‘DJing’. With the advancement and accessibility of technology, everyone can be a DJ but what separates the average from the talented?

If people have a passion for music and can play it to other people with the help of technology and make it sound great, for the people listening enjoy it, then why not.

Ibiza has played a very important role in your career. Where does it stand today for you?

It’s still the most amazing place that holds so many good memories and being instrumental with Alex P at the start of the Space Terrace, is an accolade we shall hold dear forever.

Coming from a record background – what do you think of the argument: records sound better than any digital track? Does that still rein true in this time of technological progression?

Well actually I’ve heard about a bit of kit, which you can plug in to a mixer and it actually changes the digital sound to analogue vinyl sound so that solves that problem, also you have Serato and Traktor, which with the time coded vinyl, sounds pretty good.

Where do you store your records?

In my house conservatory, although I did donate I few thousand to M.S Charity some years ago, which fetched good money.

As a dance house music veteran can you choose between the 80s and 90s? I can only presume the noughties are a slim contender.

Umm, yes the nineties were unbelievable, but it all came from somewhere else for me; early Disco, 80s Hip Hop, rappers, Jazz Funk..

Your Fantazia Presents.. show is coming up. Do you prepare your set before the show or do you like to read the crowd?

I like to read a crowd, to be honest I’ll have to brush up on my reading. (Laughs)

In three words describe house music in the ‘90s.

And in three words can you describe house music of today?

Last song you listened to?

Real Thing, Can You Feel the Force.

Best Places To Stay In Ibiza

Here is the next upcoming event At Crook Town FC, Crook ,DURHAM 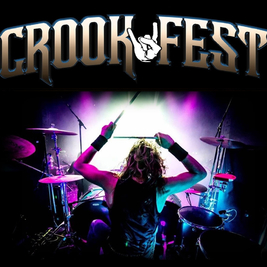 A one day three marquee stages music festival featuring Tribute/Cover bands along with beer and food...