» News and Features » Beats Per Minute: Kraak & Smaak show us the big tracks in their setlist

Beats Per Minute: Kraak & Smaak show us the big tracks in their setlist

The Dutch trio joined us for a quick chat, discussing their plans for the year ahead and sharing fifteen heavy-hitting club records you can expect to hear within their sets at events in 2022

Hailing from Leiden in the Netherlands, producer/musician trio, Kraak & Smaak, AKA Oscar De Jong, Mark Kneppers, and Wim Plug, first came together back in 2003 with a vision to produce a new, bold, and energetic sound taking elements from genres such as funk, disco, and house. And that's exactly what they did.

Achieving success in the UK, the US, Japan, and their native Holland with their debut full-length LP, Boogie Angst, the three-piece quickly began to receive invitations to perform at big open-air events across Europe. On a whim and with an eye to helping further promote the record De Jong, Kneppers and Plug decided to pick instruments and recreate the content of the album in a live setting. It's said that audiences were so taken back by the group's huge club sound, comprised of various other live musicians and vocalists, that the group decided to continue down the route of performing and recording, in parts, with a live outfit. 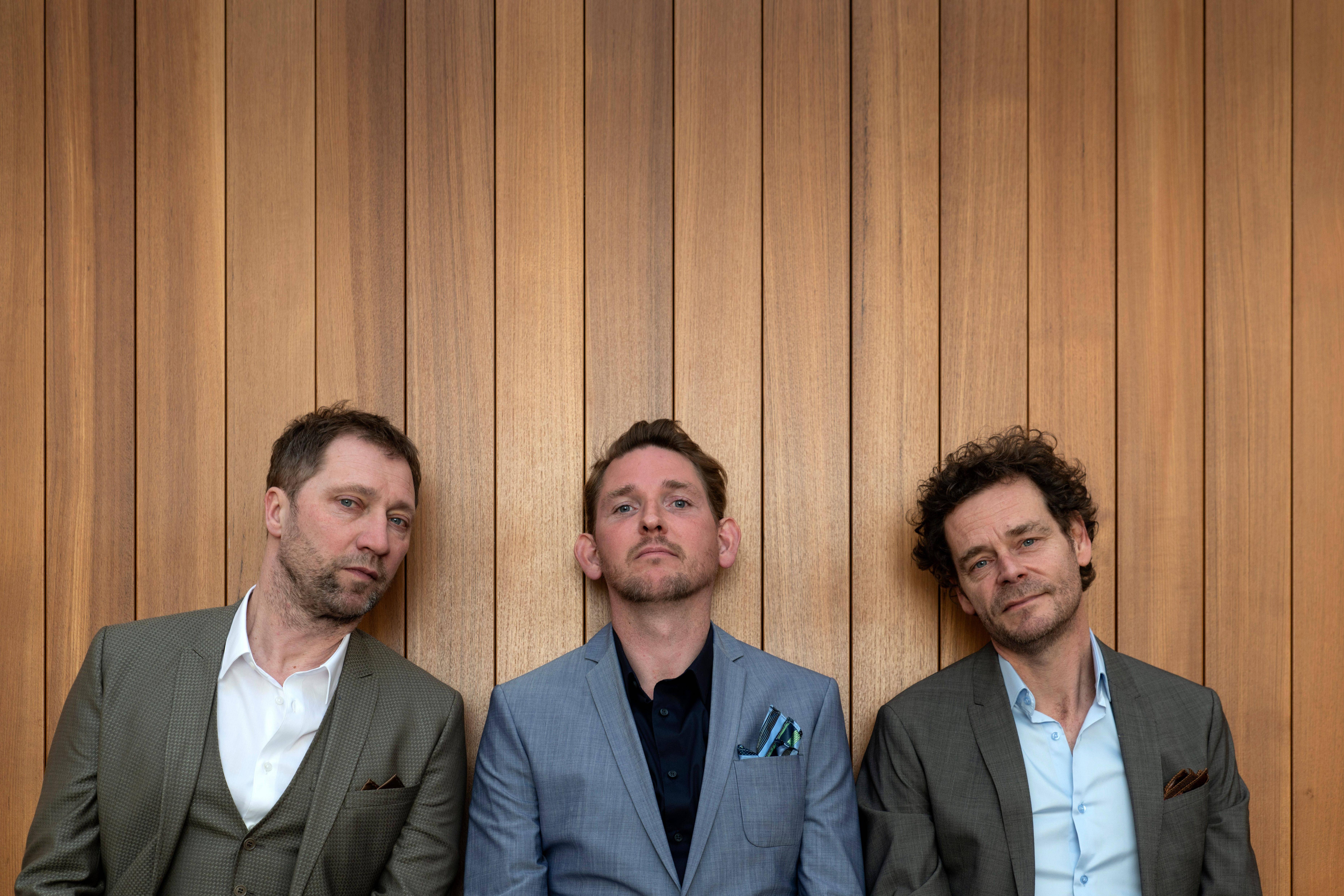 More international success followed, with Kraak & Smaak landing radio support and eventually a handful of tours across Australia and the US, stopping off to play renowned festivals the likes of Coachella and Austin's SXSW. But it wasn't until the drop of their sophomore record, 2008's Plastic People, that things really began to go supersonic for the band.

Appearances on Jimmy Kimmel's late-night show, a performance at Glastonbury Festival, more tours around the world, and winning various awards including the European Border Breakers Award - Kraak & Smaak had broken through to a mainstream audience.

Since then, the band has continued to create, produce and release a body of accomplished and critically acclaimed works, the likes of 2016's Juicy Fruit and 2019's Pleasure Centre. A globally recognised crossover act, they're still as active as ever, bringing their own unique sound and punk-tinged performance to new fans and faces the world over.

Continue down the page to read the full interview below and listen to the tracks you can expect to hear live at a Kraak & Smaak show this year, in their exclusive Beats Per Minute playlist.

We recently caught your excellent live performance at last year’s ADE event in Amsterdam. There was quite a lot of energy in that room. How did it compare to other dates on your latest ‘Europe Fall Tour’? Was there a stand-out date and if so why?

"Thanks, good to hear! ADE is indeed always an extraordinary event to perform at and with it being our first time in the Melkweg main hall, it made it all the more special. The crowd was also very receptive, super energized, and excited, probably because of the continuing ‘Corona cloud’ hanging over our heads and the whole ordeal we've been through, you know? We were just very happy that everything fell into place that night.

"It's also been amazing to get out to do some European touring again. It was really great to see all our international fans again and party."

You spoilt us to some brand spanking new music back in November, dropping your latest single, ‘Persuade You’. It’s a real pearler, a nostalgic shot of soothing soul music to the arm and we’re here for it at Skiddle! Can we expect more new music imminently? Is there an album in the works?

"Yes, that one turned out the way we hoped it would. We immersed ourselves in 60s US soul music recently, to explore a new vibe for the direction of the next album. I guess you could regard ‘Persuade You’ as the first attempt at it, experimenting with sound, trying out new instruments (live strings for example) and arrangements.

"We are currently working on more singles, aiming for two or three releases in the near future, whilst in the meantime creating a framework for a full album again. But the release of the latter could still take a while. So for now we hope we can keep everybody happy with singles and remixes – we got some new and original vocal features coming up again too!"

What have been your highlights of 2021? Are there any standout moments or stories from your adventures you can share with us?

"With all the downs, luckily there were a number of ups as well. For example, we did our first proper online live show in March this year @ Sessions, for which we pulled out all stops with lighting, multiple cameras, and a director. Beforehand, we were all a bit undecided on the project because you really miss the energy of a live audience, but it turned out fantastic. The first Summer festivals we did in about a year, at Jazzpiknik and Carbon in Hungary and Poland respectively are both also worth a shout out. But the standout gig was at the Tropico Festival in Acapulco, Mexico. More of that again, please!"

Looking forward to hopefully even more normality in 2022, do you have any dates already lined up in the new year? Can we expect to see you on festival slots in the UK in the summertime?

"Aside from having picked new dates for several gigs that needed to be rescheduled, we already have a number of European club and festival shows lined up, including ADE, and we're hoping that we can hop over to the states and Canada come the Summer. Our original November live tour had to be canceled due to major capacity problems at the local Consulate in issuing visas, but it seems that things are finally getting sorted now."

Listen to Kraak and Smaak's latest single, 'Persuade You', below...

We like to ask our Beats Per Minute participants who they’re currently listening to, to find out if there’s anyone that should be on our radar. And as it goes, you guys are pretty prolific when it comes to finding emerging talents, having featured the likes of IVAR, Meeka Kates, and Aussie songwriter Cleopold. So, is there anyone you think we should be taking note of?

"We always enjoy trying to find new vocalists that might fit with our music, and we will continue to do so. It never ceases to amaze us how many original-sounding singers and great songwriters there are still to be found out there. A few names, producers as well, of whom we think you should definitely keep your ears open for are, for example, Jitwam, Georges, Ted Jasper, Brijean, and Common Saints."

Finally, rounding off this very short and concise interview, we want to know what your goals are for the coming year. What are your hopes for Kraak and Smaak and where/what would you ultimately like to see yourselves doing this time next year?

"Although it hasn’t been the best of time for musicians, producers, and DJs, we've survived up until now and hopefully we can continue to do what we do best.

"There is a lot to look forward to; new singles, remixes, a new album, maybe a DJ mix comp…. and of course, being able to perform much more again across the globe as DJs and with our live band. It’s been too long for all of us and we can’t wait to get out there again on a more regular basis. In the end, music is a social experience and we need each other to make it work!"

Check out Skiddle's Spotify profile for even more playlist selections from some of the biggest names in dance music, including Solardo, Mark Knight, Pan-Pot, and more...

The festivals you can't afford to miss in 2022