15 of the best photos from Bluedot Festival 2019 - review

Kraftwerk, New Order and interstellar travel: this cosmic Cheshire gathering continues to offer up a festival experience like no other.

Following a perfectly lovely Thursday evening of orchestral music and sunshine beneath the recently UNESCO-listed Lovell Telescope, things took a turn for the biblically wet at Bluedot Festival 2019. So much so, in some corners of Jodrell Bank Observatory, there were hushed mumbles of cancellations.

But organisers were having none of it. What is a bit of convective precipitation to a festival which deals in matters such as interstellar travel, super massive black holes and legendary musical acts.

So, spare a few ditched cars and a bunch of sodden sleeping bags, on the festival soared, doing what it does best: fusing science, music, arts, kids stuff and allowing dad, if just for one day, to slip on those silver leggings.

The Halle Orchestra takes the crowds at Bluedot on an interstellar ride, performing reworks of some the most recognisable sci-fi themes from film and TV 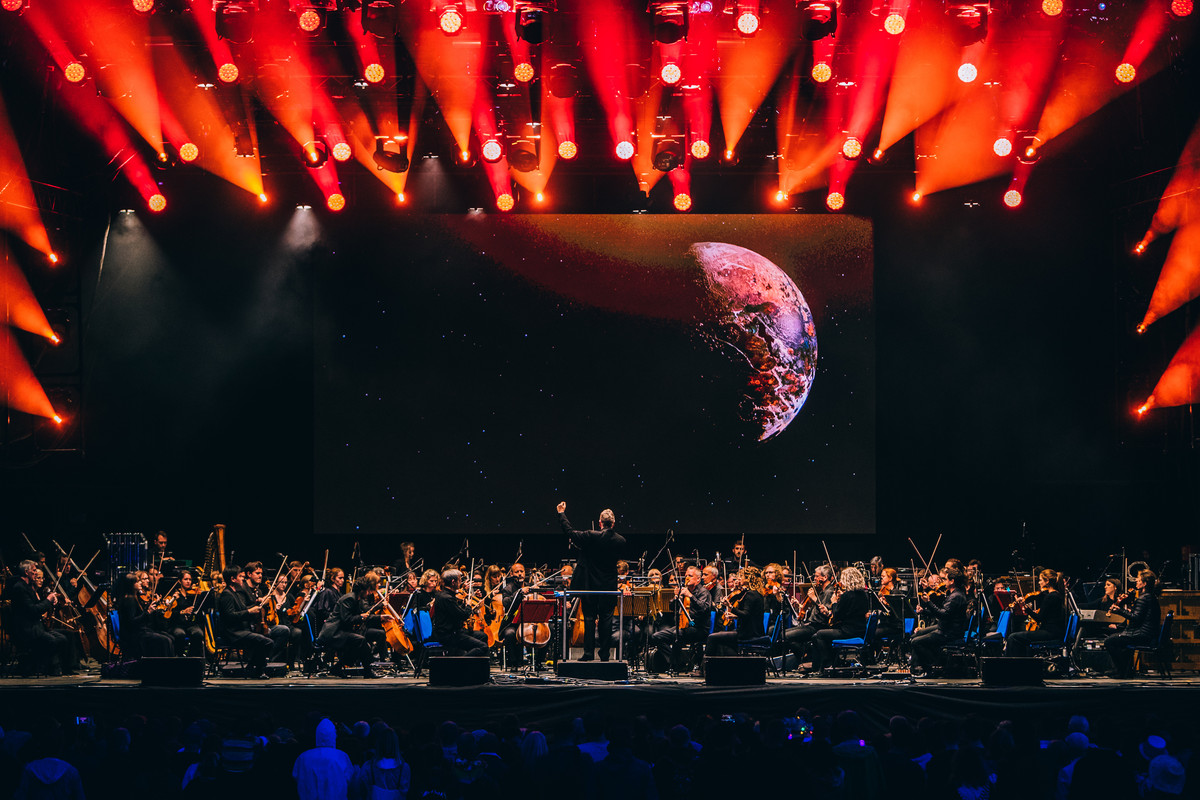 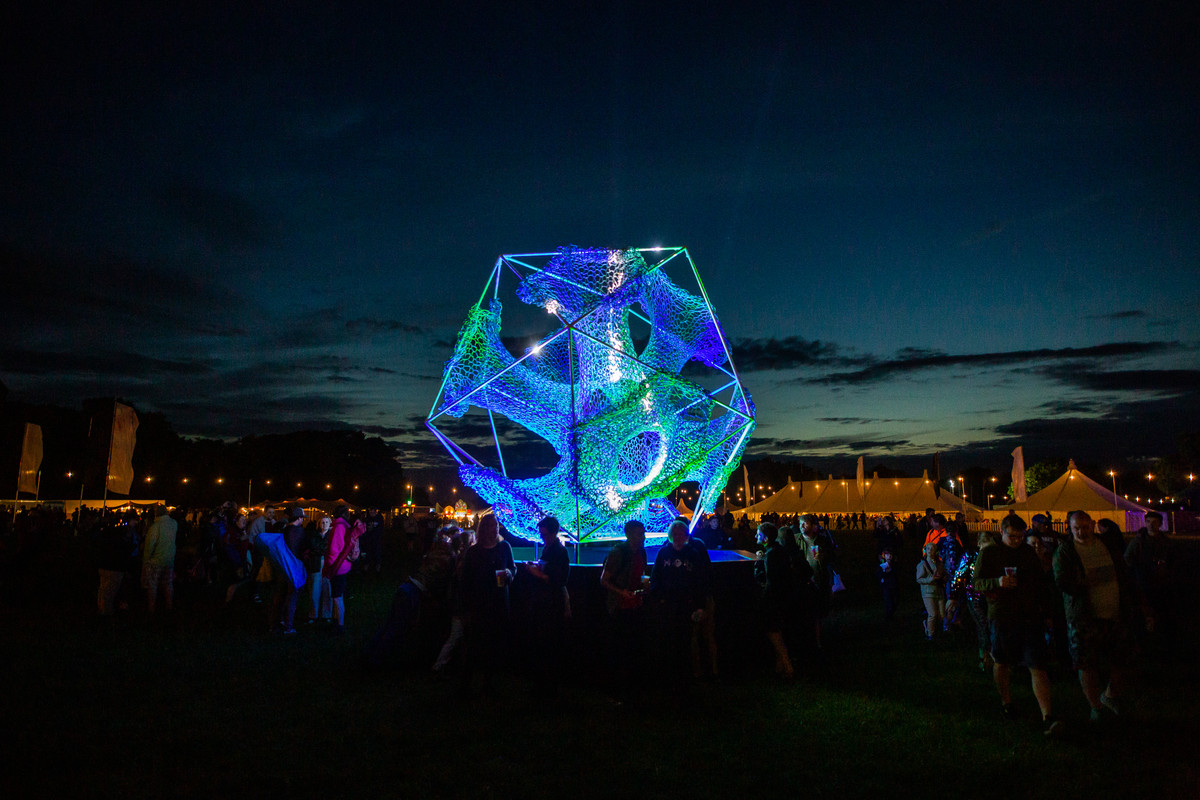 Afternoons at Bluedot are typically spent strolling around the famous telescope, taking in talks from the likes of Helen Sharman (Britain's first astronaut), discovering what space smells like, and catching the odd comedy set, while evenings are spent hoping between stages, tents, bars and, inevitably, the khazi.

Friday saw Hot Chip fill the main stage headline slot for what had to be one of the highlights of the weekend. With pulsating rhythms, spectacular lasers and a few radio bangers, the festival had official landed. 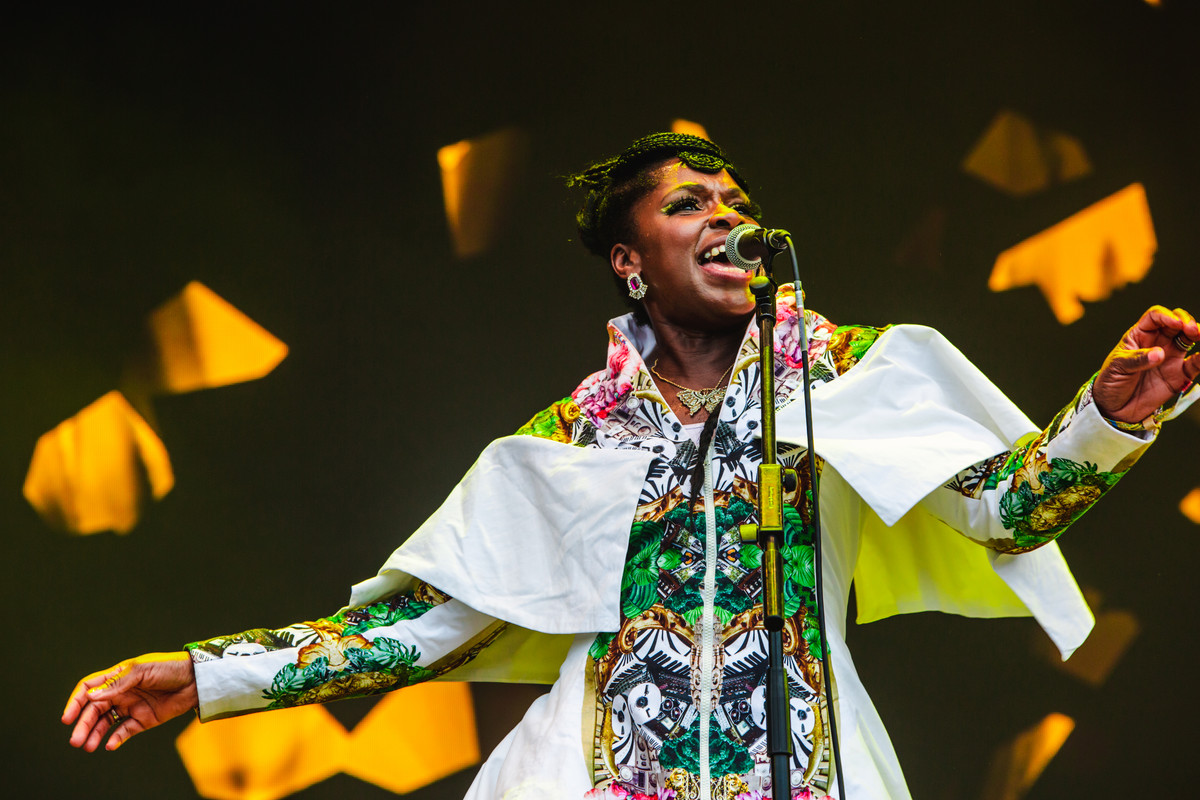 Singer/songwriter/poet Kate Tempest preaches to the masses at Bluedot 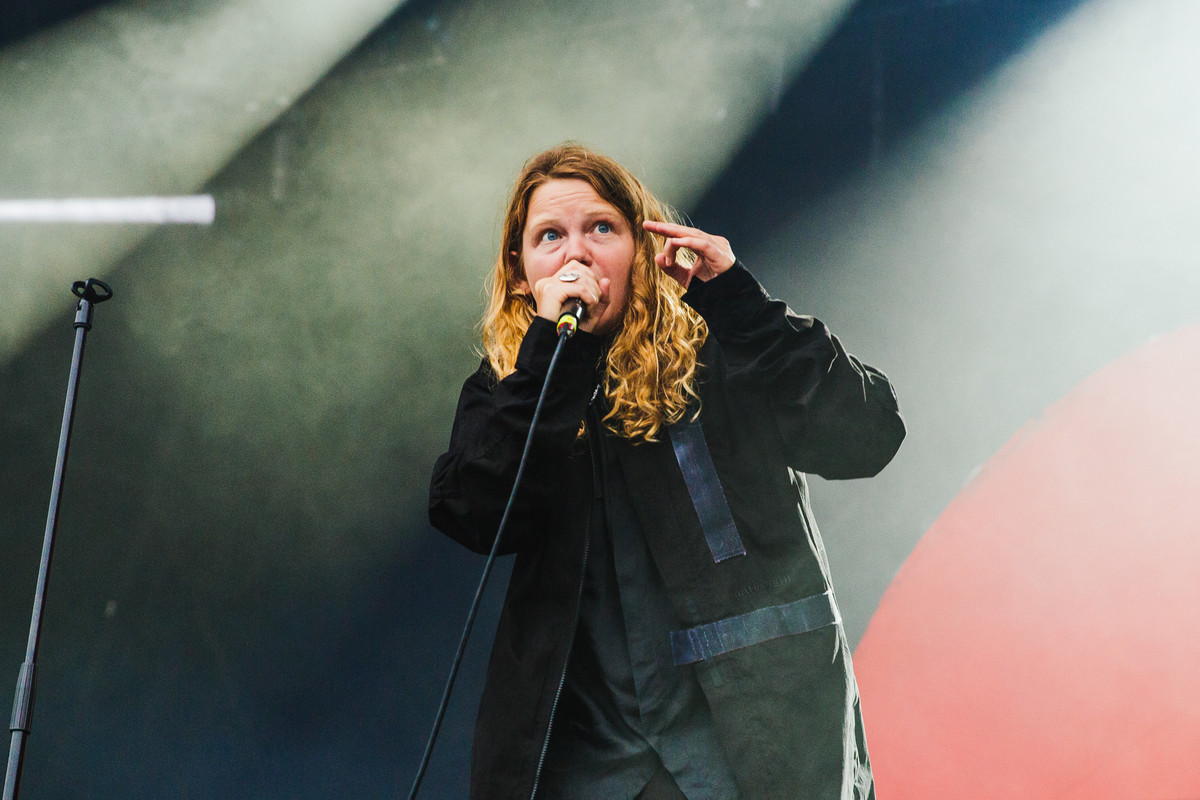 An astronomical night parade marches around the festival 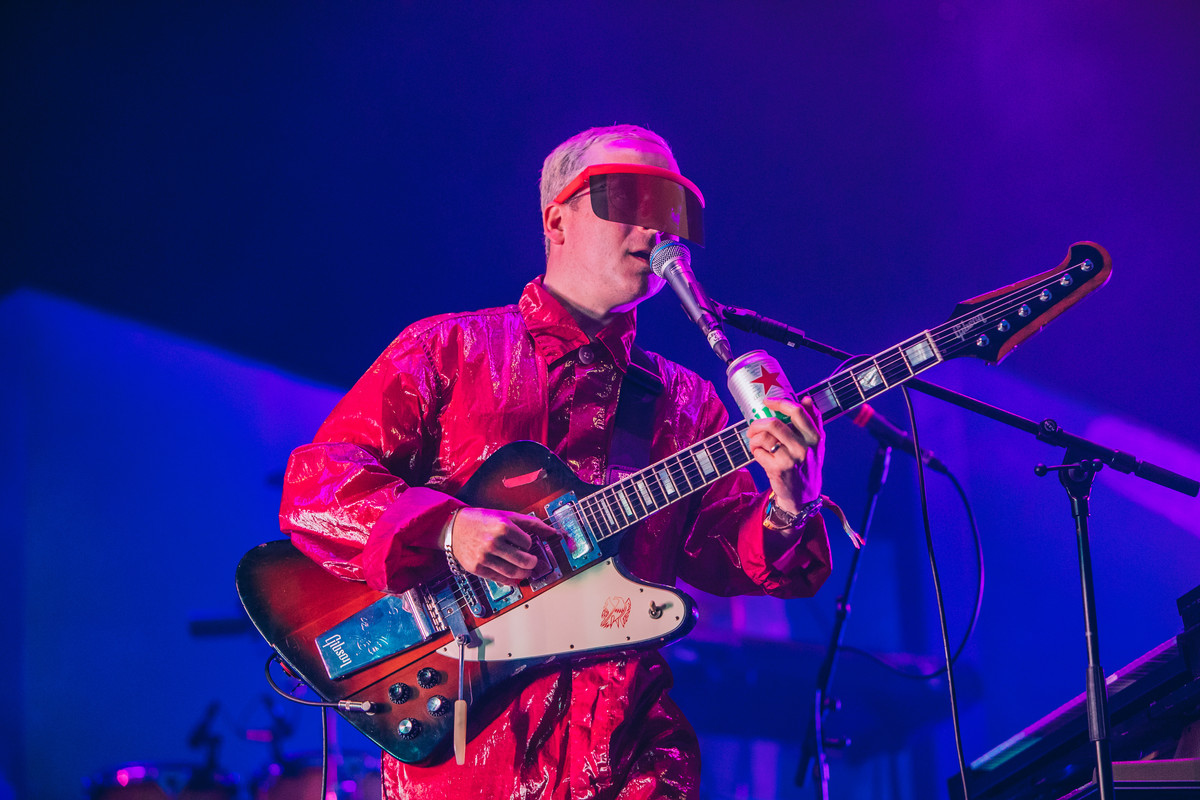 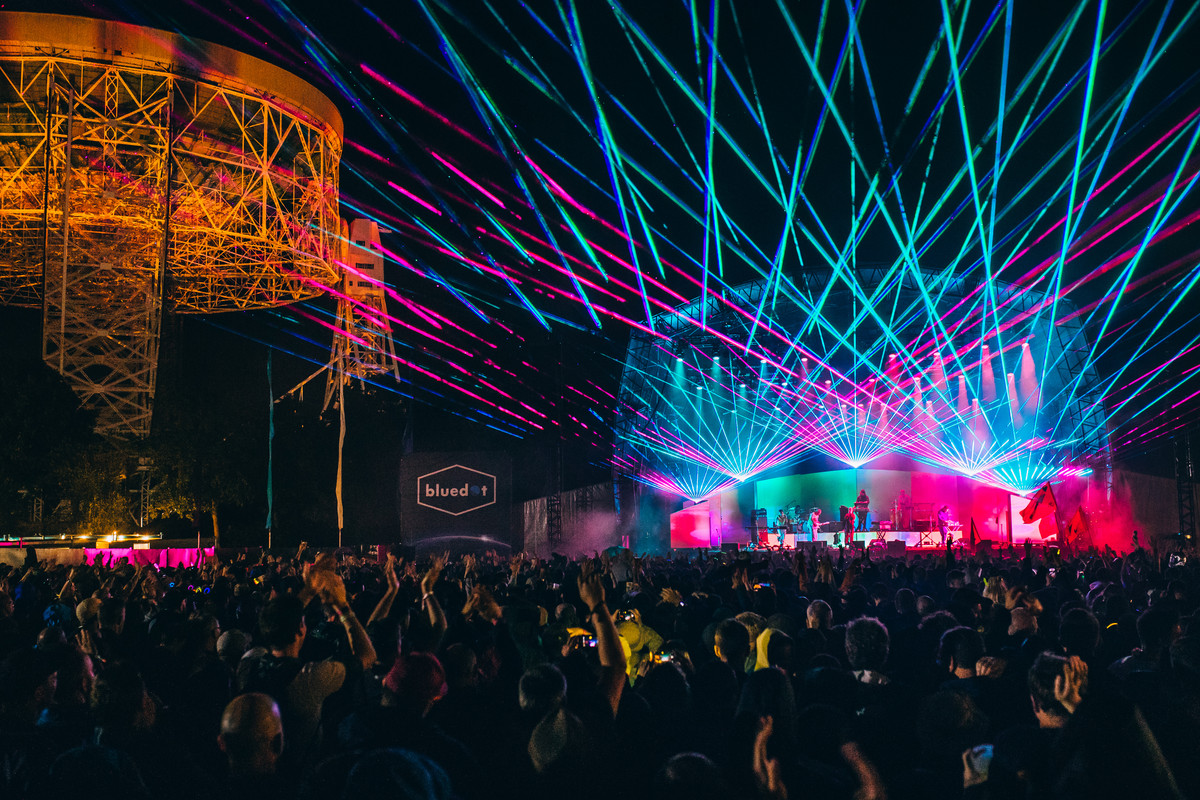 On Saturday we spent a good deal of the day with 'Dr Spin' at the Deep Space Disco, before being charmed by Syrian-wedding-singer-turned-global-music-star Omar Souleyman, whose thumping Arabian beats and rhymes seemed to take the sunny Saturday afternoon audience unawares. We liked him a lot.

Later in the day, crowds flooded to the main stage for Jarvis Cocker (who unveiled new solo project: JARV IS) and the act everybody wanted to see: Kraftwerk...in 3D. On paper, the pretty much motionless German sixty-to-seventy-somethings standing in a row behind their blank synth workstations should be the most boring on the bill. Yet, giving their only UK show of the year, the electronic music pioneers, although lacking in presence, are absolutely flawless in delivery. And who needs presence when you've got a massive 3D show going on behind you... 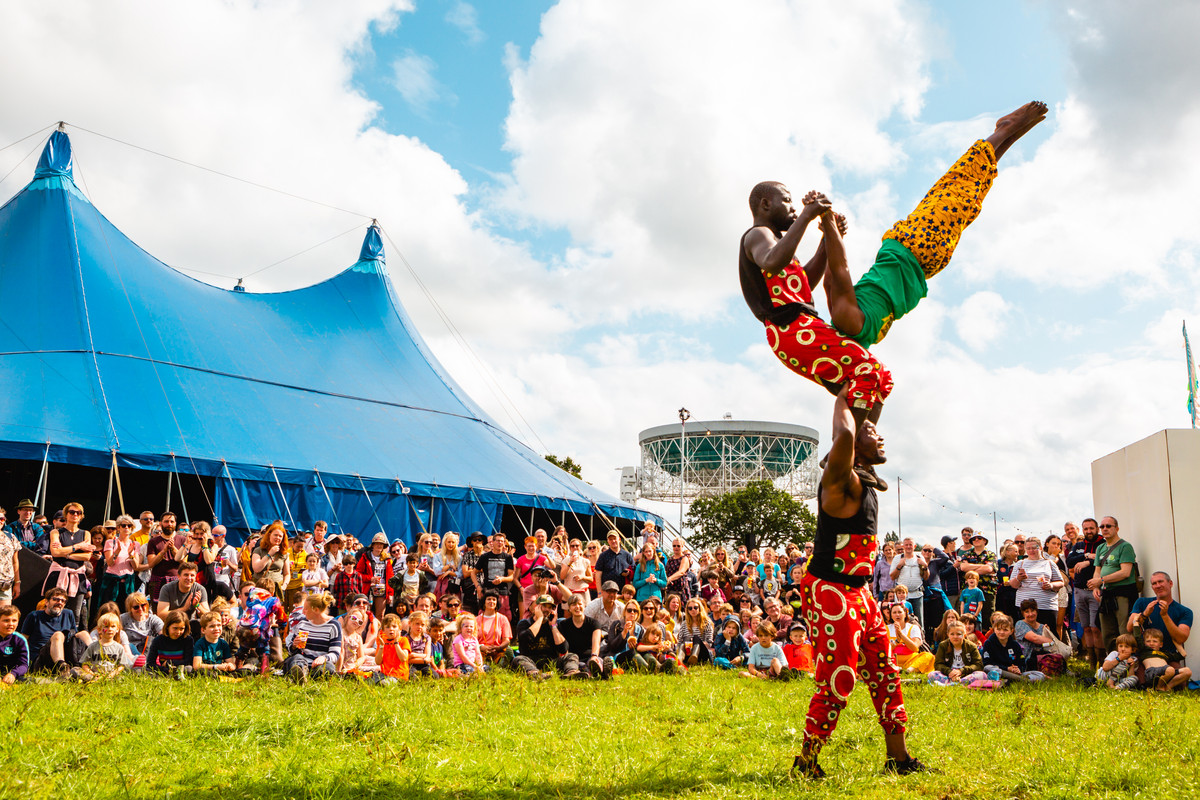 Henge put on an out-of-this-world performance 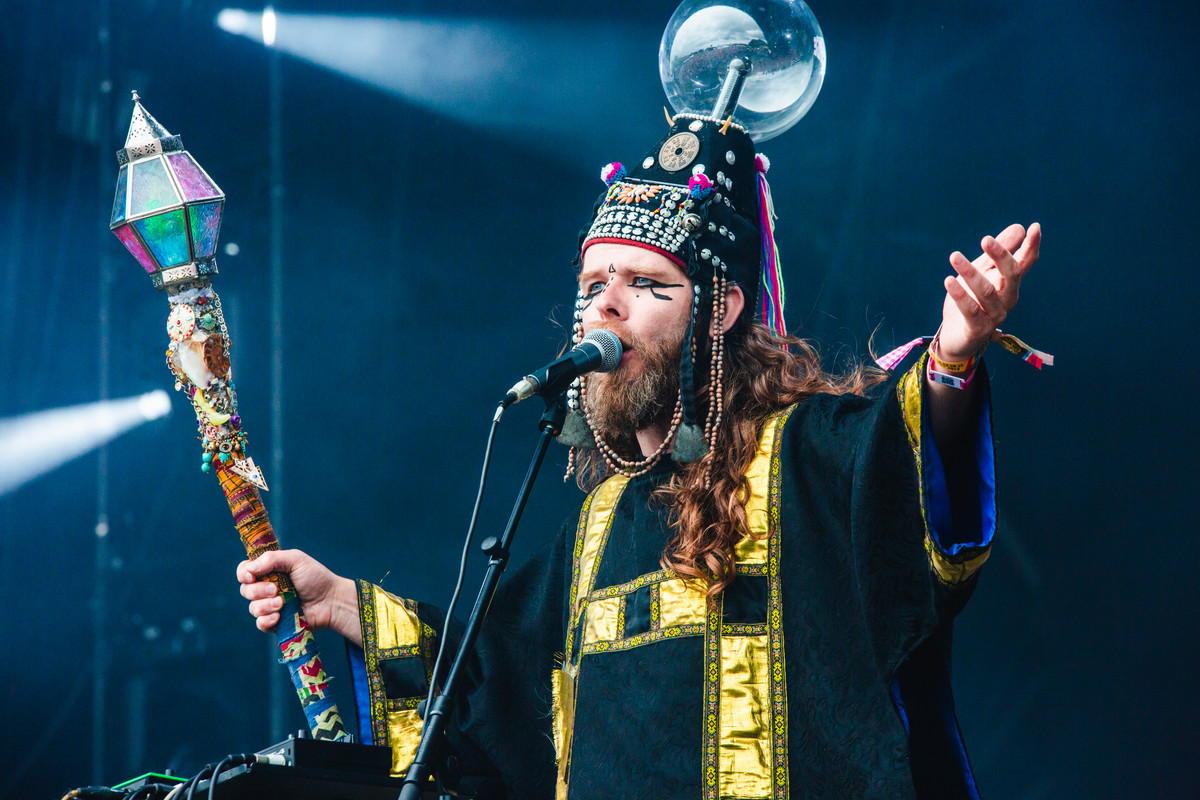 Pulp frontman Jarvis Cocker introduces JARV IS to the crowd 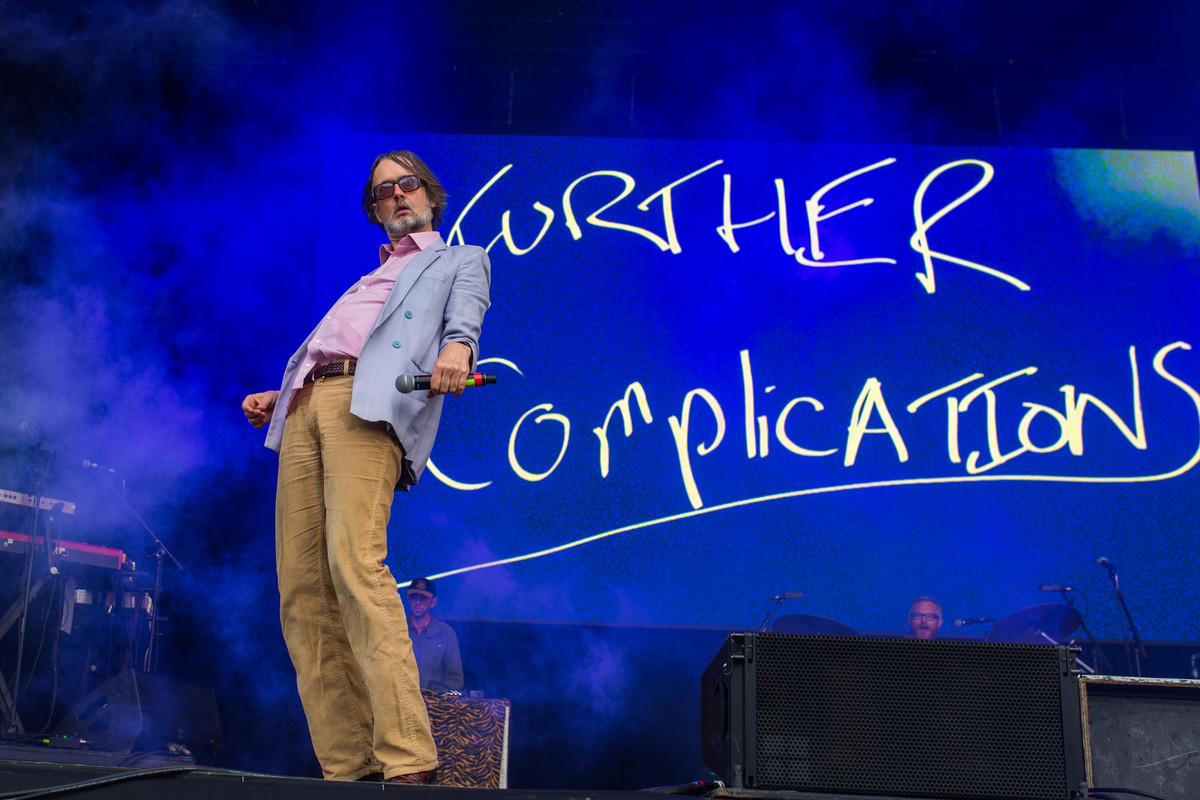 If Saturday belonged to Kraftwerk, Sunday was all about New Order. Another legendary headline act with timeless tunes and big visuals, their setlist rolled out the hits, dipped into their most recent album, ‘Music Complete’, and worked in songs from the early days of Joy Division.

Another successful year then for Bluedot, which continues to redefine the festival experience, offering up a cosmic weekend quite unlike anything else out there... at least on this planet.

John Grant falls into a trance-like state during his set 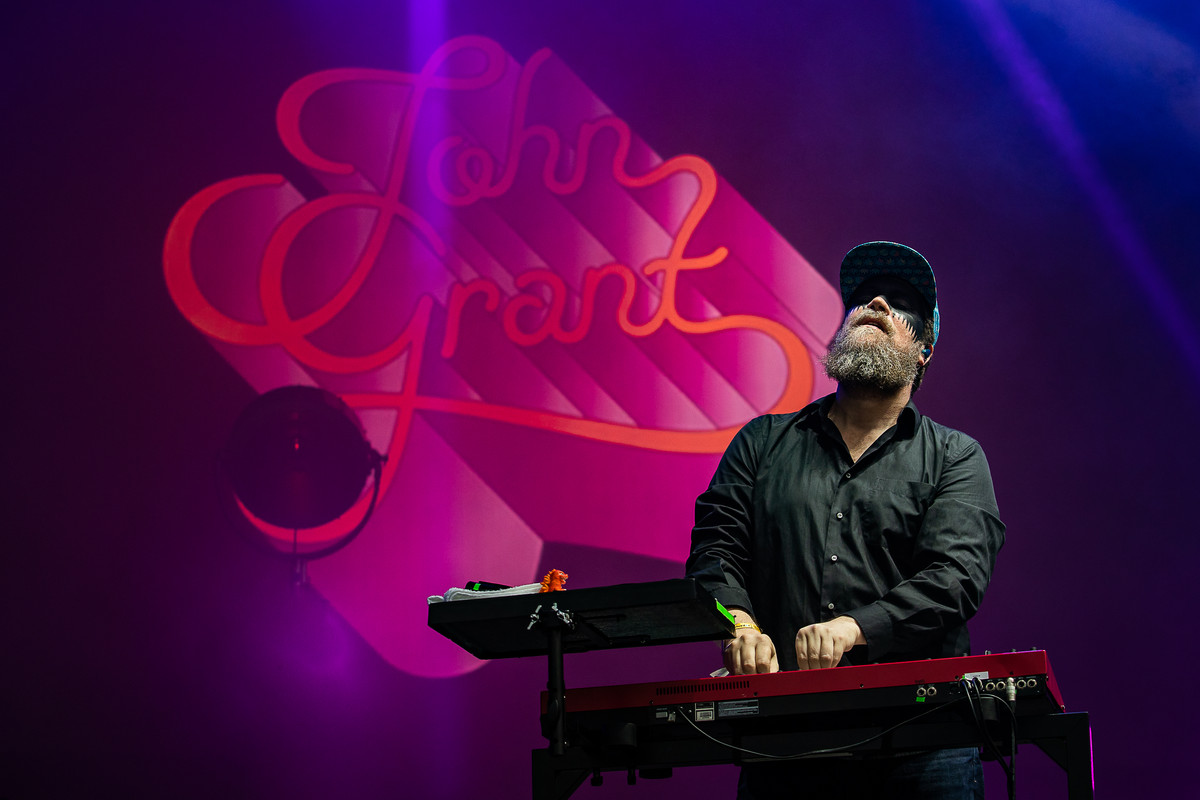 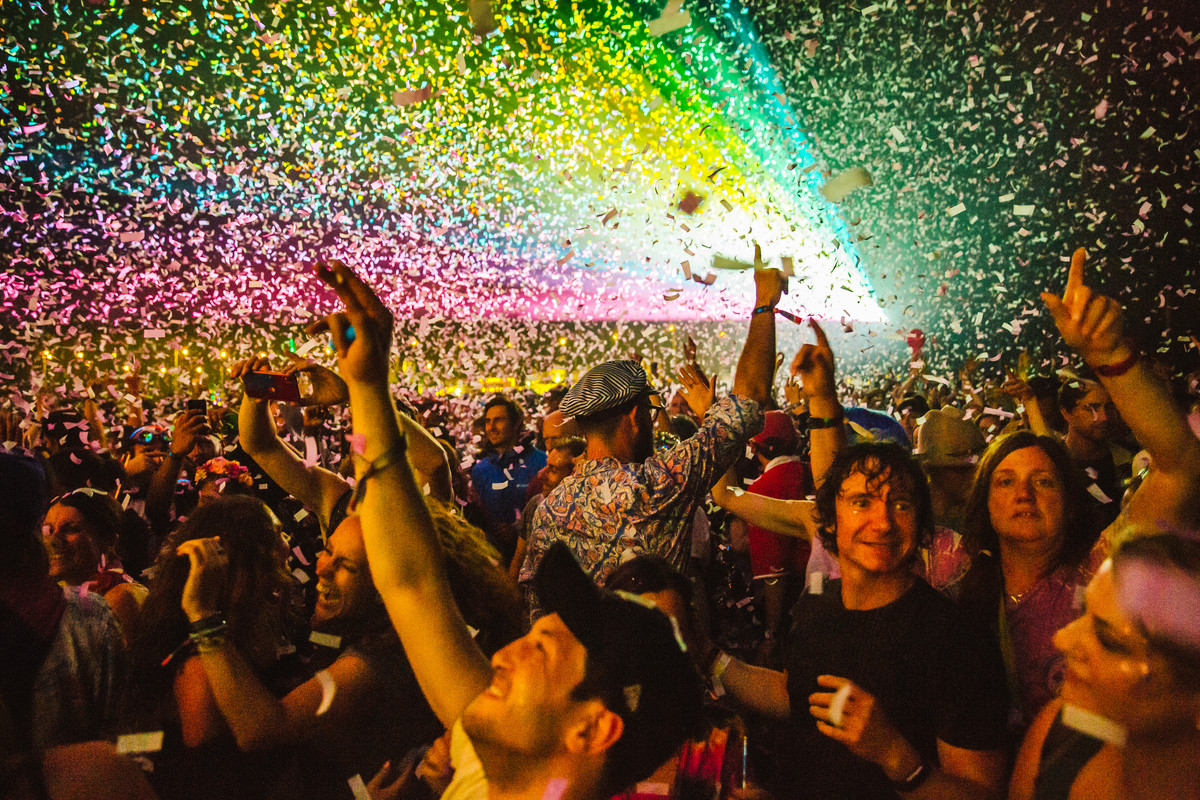 Anna Calvi bewitches the crowds at Bluedot with an intense performance 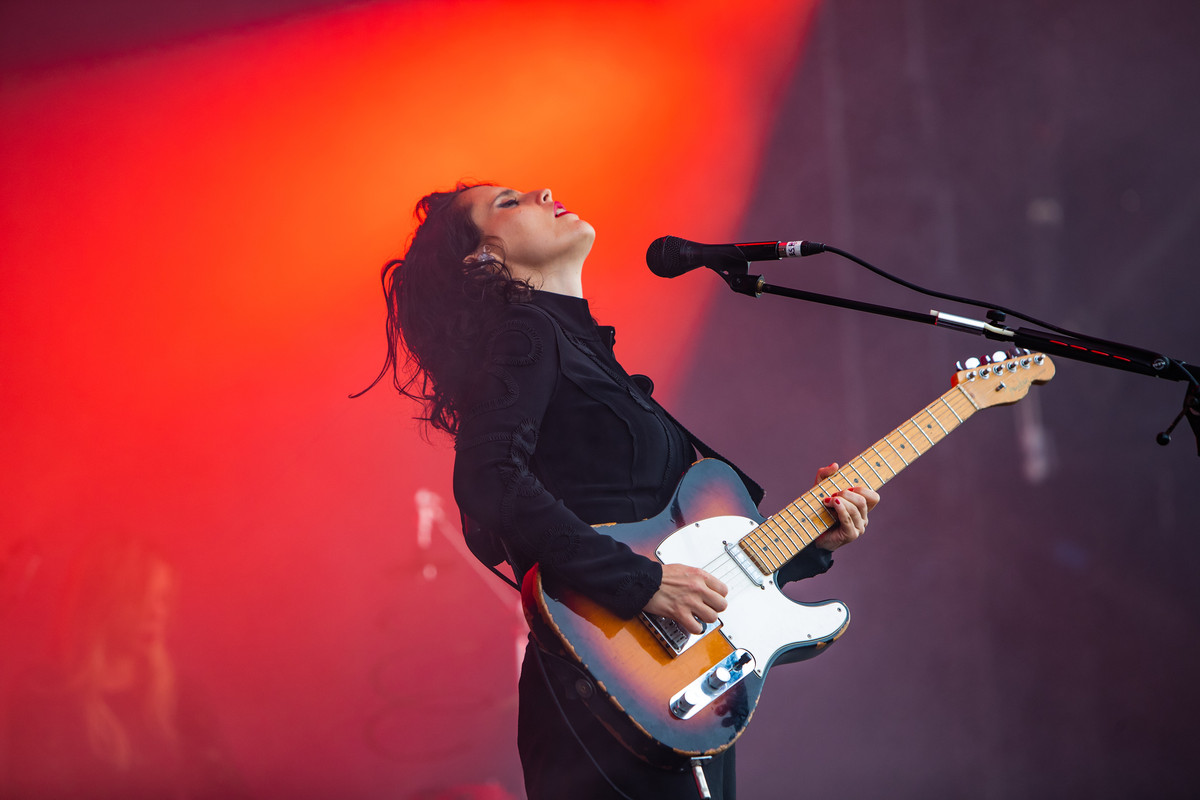 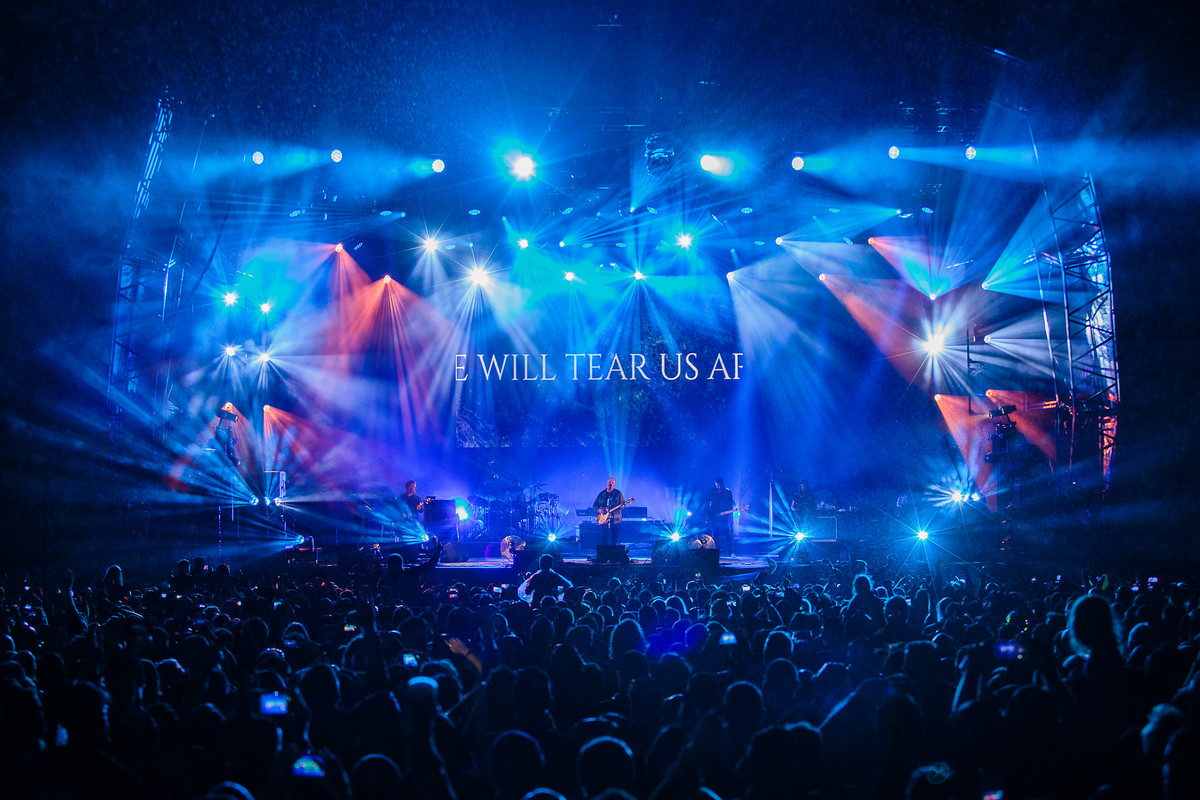 Our top 5 unmissable sets at this year's Belladrum festival