This Is The Kit interview: "I do love the winter warmer gigs" 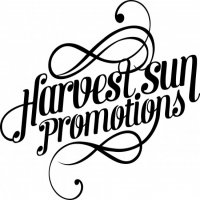 Keep track of Harvest Sun Promotions events, tickets and news - all in one place. Join this group now for updates as they happen!

Image: This Is The Kit (credit)

The moniker of multi instrumentalist and singer songwriter Kate Stables, This Is The Kit released debut album Krulle Bol almost a decade ago and have followed it up with a string of studio efforts, including 2015's Bashed Out and most recently Moonshine Freeze.

Around the time of her second album coming out, Stables received heaps of praise from Elbow singer and BBC Radio 6 Music tastemaker Guy Garvey who presented on an IPlayer documentary series named Music Box, with one particular episode dedicated to This Is The Kit. On it, Garvey suggested that Stables' second album Wriggle Out The Restless should have a received a Mercury nomination - high praise indeed.

Currently in North America exhibiting her latest record and more, we caught up with Kate as she looks ahead to 2018 dates at Liverpool's Leaf On Bold Street and Leeds' Brudenell Social Club.

How are your travels in the US going so far, I believe you flew out on very recently?

Yes, travels are going good so far thanks. It always seems like such an impossible mission until you're actually doing it and then it seems surprisingly straight forward and normal (if you're lucky).

Have you visited the U.S often - if so, what are some of your favourite memories?

We've been here a few times now. The first ever time was when we opened for the National at the beacon theatre in New York. That was a pretty amazing experience and is still one of my favourite memories. Strong stuff.

But our first actual tour over here was opening for the Canadian band Plants and Animals and I have a lot of great memories from that time. One of which was tubing through a forest in Florida on the Itchetucknee river. It was incredible.

Also coming over to New York in the dead of winter to finish Bashed Out with Aaron Dessner who was producing the record. So much snow and intense studio time. Formative times. There are more memories from other times too but I'd better stop there!

When / why did you first pick up a banjo and start playing - was it a struggle?

My Dad had one lying around at home and I really enjoyed tinkering away on it. Then I eventually started playing it at gigs and then my friend James who knew I was enjoying getting to know banjos gave me one that was maybe in his Grandma's attic or something. And that's the same banjo I use to this day. Its a British zither banjo from maybe the '30s.

When you record Kate, how much is on your own, when do other musicians come in, if at all?

When I'm recording demos and recording as part of the writing process then vary rarely do I get anyone else in to play or even listen. But when it comes to making albums then I like having everyone there and recording the tracks as live as possible. Everyone playing at the same time where possible.

On 'Bulletproof', when you use third person - is it you talking to yourself, or someone talking to you? Was this a conscious technique or does it comes quite naturally when you write?

All and none of the above. Quite often when I'm listening to other people's music I can really imagine that they're writing about or to themselves. As themselves or as other people. Its fun to mess around with. And it needs to be open to interpretation in my opinion.

We were gutted to hear about Thekla being under threat - as it’s in your home town, I assume you have good memories of the venue?

Yes, I really hope that it can be saved. Its a strong part of Bristol's live music and cultural history and I've seen some very great gigs there over the years. Plus it's on a boat and I think there's something pretty special about floating venues.

On that - as more independent venues shut, are we at risk of stifling grassroots talent?

Yes. The way things are going we're at risk of risking grass roots everything. These are weird times and it's important that everyone stays active and engaged in their communities. Supporting each other and the cultural and creative institutions that have been there for us so that they can be there for future generations. They make and hold together communities.

Early on in 2018 you have tour dates in England - you must be looking forward to them?

Yes I am! And even more so as our friend Emma Gatrill will be opening on most of the shows. She's brilliant and a great person to have on the touring team. A true road warrior!

There are few greater experiences than a winter gig in an intimate space - do you prefer these sort of shows , or expansive festival dates?

Well, festivals are fun when the weather's right and the sun's going down all over everything, it can be pretty magic. But its true that playing club shows in the autumn and winter is so so enjoyable. The views out of the van window are great and the atmosphere at the gigs is,like you say,much more intimate. I feel like I can take my time to connect with the audience more. I can have some kind of exchange (as opposed to the speedy festival experience) so yes I do love the winter warmer gigs.

Find This Is The Kit tickets below