The One in the Woods 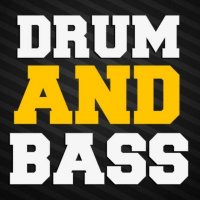 Keep track of Drum and Bass events, tickets and news - all in one place. Join this group now for updates as they happen!

A short time from now, in a woodland not far away, another world lies waiting to be discovered Come with us and break free from the boundaries of space and time...

A short time from now, in a woodland not far away, another world lies waiting to be discovered

Come with us and break free from the boundaries of space and time...

A brand new two-day UK festival called the One In The Woods launches just outside Liverpool this July.

Taking place in ? unsurprisingly ? a woodland setting over the weekend of 17/18 July, the 5,000-capacity festival is definitely at the more affordable end of the festival spectrum, with two-day passes (including after-party admission and shuttle buses) priced at a very reasonable £65. But just because they're not charging the Earth to get in, doesn't mean they've skimped on the line-up.

The festival runs from 12 noon till 11pm each day and is brought to you by The One, a group of friends who've been running D&B events in Liverpool and Manchester for many years. Their inaugural party under the The One name in 2020 had to be cancelled due to the pandemic ? but instead of throwing in the towel, they decided to go large instead, and booked out the 5,000-capacity site in Orrell Hill woods,

Line Up across 2 days and 3 stages includes

Don?t miss this get your tickets now,

« return to Drum and Bass news 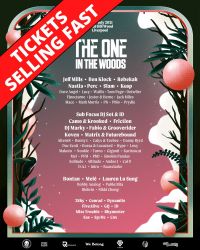 Other Drum and Bass news