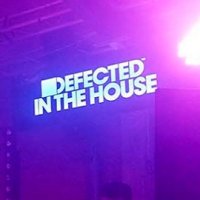 Global clubbing institutions Defected & Glitterbox have announced they will join forces once again for their return to Manchester?s iconic O2 Victoria Warehouse on Saturday 30th November 2019.

Following the sold out success of the New Year?s Day celebration this year, global clubbing institutions Defected & Glitterbox have announced they will join forces once again for their return to Manchester?s iconic O2 Victoria Warehouse on Saturday 30th November 2019.

Taking over the industrial warehouse space, global house music giants Defected will be pulling out all the stops for their return to Manchester. As 2019 marks their 20th year at the forefront of the industry, Defected will be inviting fans to join them to celebrate everything there is to love about house music, sharing their values of inclusivity, togetherness and escapism on the dancefloor.

It will be House Music All Life Long, as Defected bring a host of big name talent from their roster to the O2 Victoria Warehouse alongside some of the hottest up and coming talent on the scene.

Established in 1999 by founder Simon Dunmore, Defected has grown substantially in its two decades, becoming one of the biggest independent labels in the world specialising in house music. This year sees a string of international tours, their annual residency in Ibiza, their six-day festival in Croatia, as well as their first one-day festival in London as part of their 20th birthday celebrations.

Fast becoming a worldwide nightlife movement, dance music?s most talked about party Glitterbox will be taking over the vaults area of the O2 Victoria Warehouse, bringing with them a host of 21st century disco performers, dancers, euphoric confetti moments and world-class production that has seen it celebrated by everyone from Ibiza to New York.

A force to be reckoned with, Glitterbox generates an inclusive, uplifting party atmosphere designed to unite all ages, persuasions and walks of life on the dancefloor. The world?s most respected DJs appear alongside emerging house talents for a soundtrack that showcases dance music in its purest forms. Moving mind, body and soul, Glitterbox events are about unforgettable moments, where the crowd, dancers and music unite for a night like no other.

The line-up for Glitterbox x Defected at the O2 Victoria Warehouse will be announced very soon and fans can sign up online to be the first to find out, as well as receive access to discounted priority pre sale tickets (48 hours ahead of general sale). Sign up online at www.vwmusic.co.uk/defected Pre Sale tickets on sale at 10am on Wednesday 5th June. General Sale starts 10am Friday 7th June. 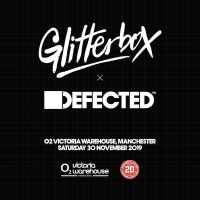