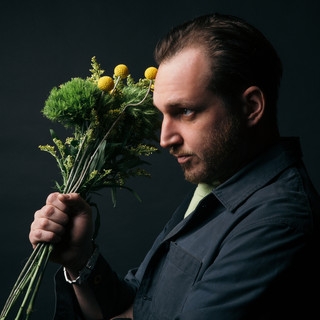 Willy Mason (born 21 November 1984) is an American singer-songwriter. He is the son of Jemima James and Michael Mason, both folk singers who, according to Mason, have influenced his music. When Mason was five, he and his family moved from New York to West Tisbury, Massachusetts on the island of Martha's Vineyard. He attended West Tisbury Elementary School and Martha's Vineyard Regional High School, where he participated in several local bands such as Keep Thinking, Cultivation, and Slow Leslie. He later moved to New York City, playing mostly at open mic nights and small venues.

Mason's popularity rose after musician Conor Oberst discovered his music backstage at a Bright Eyes show. Oberst would soon sign Mason to his new record label, Team Love and release his debut LP. Since then, he has toured with the likes of Radiohead, Death Cab For Cutie, Ben Kweller, and Unbusted, and played such venues as the Glastonbury Festival, South By Southwest, and the Offshore Ale House.

Mason's debut album Where The Humans Eat, and singles (Oxygen and So Long), charted in the UK Singles Chart and Albums Chart in 2005.

Willy Mason has been mentioned in our news coverage

Below is a sample playlists for Willy Mason taken from spotify.

Do you promote/manage Willy Mason? Login to our free Promotion Centre to update these details.