» Events » Events by artist » The Libertines 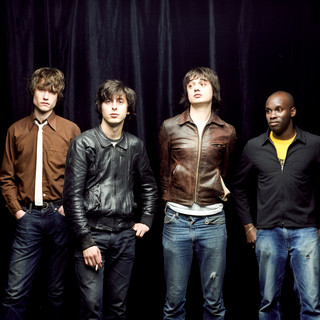 The Libertines tickets and 2022 tour dates

The Libertines are an English punk revival band that formed in London in 1999 and disbanded in 2004. They reformed in 2010 to play the Reading and Leeds festivals and work on new material.The band released two full-length LPs, both produced by Mick Jones of The Clash. Centered around the song-writing partnership and chemistry between Peter Doherty (vocals/rhythm guitar) and Carl Barât (vocals/lead guitar), while backed by John Hassall (bass) and Gary Powell (drums), the band were one of the cornerstones of the English indie scene in the early 2000's.

The Libertines has been mentioned in our news coverage

The Libertines: 20 of the best from the Likely Lads (playlist)

Simply the Best with... The Velvet Hands

Coombe Weekender makes debut in 2019 with huge line up

Below is a sample playlists for The Libertines taken from spotify.

Do you promote/manage The Libertines? Login to our free Promotion Centre to update these details.