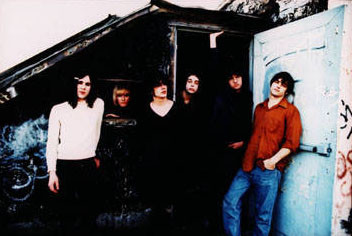 The Brian Jonestown Massacre was formed in San Francisco in 1990. The band has had over 40 members since then, but its driving force and main songwriter is Anton Newcombe. Other prominent members have included Matt Hollywood, Dean Taylor, Jeff Davies, Brian Glaze, and Joel Gion. Their sound is heavily influenced by the psychedelic sounds of the 1960s, but also carries influences from shoegaze, jangle pop, garage rock, and lo-fi sonorities.

Over its decade-long history, the band has undergone a large number of personnel changes. Multi-instrumentalist and main songwriter Anton Newcombe is the only member who has stayed with the Brian Jonestown Massacre since its beginning, when it was founded by Newcombe, tambourine player Joel Gion (who stayed with him the longest), and guitarist/bassist/vocalist Matt Hollywood. There are at least two dozen musicians who have been in the BJM at one point or another.

The Brian Jonestown Massacre has been mentioned in our news coverage

Below is a sample playlists for The Brian Jonestown Massacre taken from spotify.

Do you promote/manage The Brian Jonestown Massacre? Login to our free Promotion Centre to update these details.