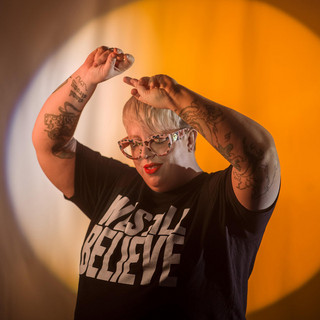 The Garden in Tisno

WHP22 - Return to The Depot

Get more information about Suncebeat 2022 including festival tickets, news, reviews and lineups.

We Are FSTVL 2022 - Official Ticket Outlet. Find We Are FSTVL tickets, lineups and news here.

The Blessed Madonna Formerly The Black Madonna is an American DJ and Producer.

Chicago born Marea Stamper aka The Blessed Madonna saw her career grow in 2012 as along with being a booker for Smartbar, they named her resident along. This residency was shared with the godfather of house, Frankie Knuckles.

In 2013, she became the first ever woman to helm the curation of the club, in thirty years, the oldest independent dance music venue in the world. And then Panorama Bar called.

Madonna has produces remixes for many artists including Robyn, Dua Lipa, and Tiga.

The Blessed Madonna can be seen performing for brands across the world including WHP, We Are FSTVL, In:Motion and Annie Mac Presents: Lost & Found Festival.

The Blessed Madonna hasn't been mentioned in our news coverage

Below is a sample playlists for The Blessed Madonna taken from spotify.

Do you promote/manage The Blessed Madonna? Login to our free Promotion Centre to update these details.