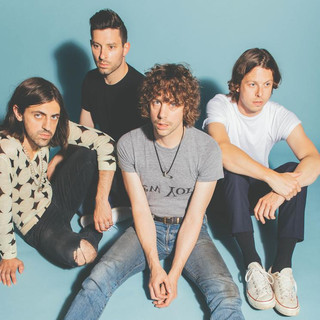 The Big Park in Penn

Skiddle is an official ticket outlet of PennFest. Get PennFest tickets, news and information with Skiddle.com

Get more information about Solfest 2021 including festival tickets, news, reviews and lineups.

Razorlight are an English indie rock band formed back in 2002 by lead singer and rhythm guitarist Johnny Borrell.

This summer sees Razorlight unleash their first run of live shows since 2012 at a wealth of festivals around the country. Johnny Borrell, who put Razorlight on hiatus while he worked on his solo project Johnny Borrell & Zazou, plans to lead a double life through the summer, taking both bands on the road, to play same day shows, at many of the festivals.

Razorlight's line up will be Johnny Borrell on vocals and guitar, Gus Robertson - guitar, Skully - drums, and eighteen year old Brazilian, João Mello - bass. João joins Razorlight on bass after spending the past year touring with Johnny and Zazou as their sax player.

Razorlight's summer activity celebrates Johnny Borrell’s huge current enjoyment of the various strands of his musical life, allowing him to play with a wider pool of musicians and to further ideas for recording on both sides.

Razorlight has been mentioned in our news coverage

The Pigeon Detectives interview: A decade of Wait For Me

The Festival Experience with... Razorlight

The Festival experience with... The Amazons

Here are the latest Razorlight mixes uploaded to Soundcloud.

Do you promote/manage Razorlight? Login to our free Promotion Centre to update these details.