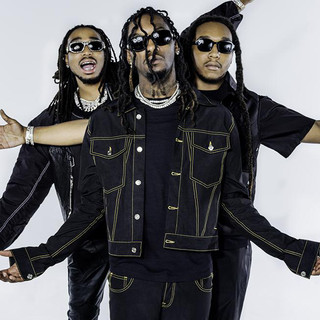 Migos are a Rap trio-group from Lawrenceville, GA consisting of members: Quavo (Quavious Marshall), Offset (Kiari Cephus) and Takeoff (Kirshnik Ball) Originally, the group started as family, who all had an interest in music, it wasn't until 2008 when this trio took their talent serious, put together and released their first project "Juug Season" in 2011. T​he group later released another mixtape titled "No Label" in 2012, which featured "Bando", a track that was​ soon labeled a "dope-boy anthem."

Read more about Migos on Last.fm.

Migos has been mentioned in our news coverage

15 of the best photos from Wireless Festival 2019

Here are the latest Migos mixes uploaded to Soundcloud.

Do you promote/manage Migos? Login to our free Promotion Centre to update these details.