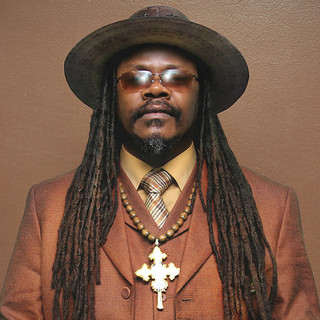 Luciano left Chile at 21 and moved to Europe (2000), settling in Geneva (Switzerland) to launch Mental Groove Records and holding a residency at the Weetamix club. He gradually invaded the inner reaches of electronic culture, forming a partnership with Ibiza’s most notorious underground club, Circoloco at DC10, which gave Luciano a perfect platform and a passionate audience for his irresistible, mind-altering blend of barebones techno and hot-blooded Latin rhythms. His releases appear on the Transmat, Perlon, Lo-Fi Stereo, Bruchstuecke and Klang Elektronik record labels.

Luciano’s mixed Swiss & Chilean identity shows in his music, a somewhat mystical blend of deep techno & electro that integrates southern elements in rhythms and colourful patterns in sound. His collaborations with Ricardo Villalobos (Playhouse, Perlon, Warp, Force Inc etc.) as Sense Club are especially rewarding, as is his partnership with Pier Bucci and Argenix Brito as Monne Automne.

Mellowing his style as times goes by, getting more experimental and spacey with a fresh style of his own, Luciano’s production is destined to the wiser dancefloors.

Luciano has been mentioned in our news coverage

Below is a sample playlists for Luciano taken from spotify.

Do you promote/manage Luciano? Login to our free Promotion Centre to update these details.