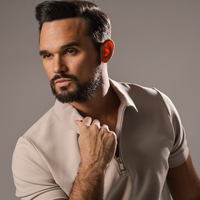 Gareth Paul Gates (born July 12, 1984, Bradford, United Kingdom) is a British pop singer who shot to fame in 2002 when he came second in the television talent show Pop Idol. A year earlier, he also appeared in the televised talent show Steps to the Stars presented by Claire Richards and Ian Watkins (known as H) from the pop group Steps. Despite not winning the competition, he was soon signed up with Simon Cowell's record label BMG, alongside the Pop Idol winner, Will Young. (Cowell had been one of the Pop Idol judges, and had been notorious for his harsh criticisms of many of the contestants).

Gareth Gates has been mentioned in our news coverage

Below is a sample playlists for Gareth Gates taken from spotify.

Do you promote/manage Gareth Gates? Login to our free Promotion Centre to update these details.