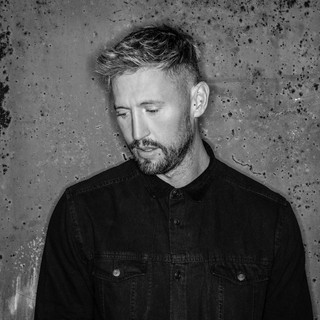 There’s a new titan in the world of progressive house, and his name is Cristoph. The mysterious producer has proven himself a bona fide force to be reckoned with landmark releases on imprints like Last Night on Earth and Bedrock. Now, with the official backing of Eric Prydz, he’s primed for even greater success. It’s no surprise his music has caught on so fervently: simply put, Cristoph’s sound is infectious. Cristoph hails from Newcastle upon Tyne, coming from a family deeply entrenched in the art of DJing. With both his father and older brother working in the industry, Cristoph was always destined to take the spotlight. Immersing himself in the club environment from an early age, it wasn’t long until he found himself cutting his teeth on vinyl and diligently studying the tools of the trade. Cristoph found his first heroes in legendary figures like John Digweed and Sasha. Enamored by their spell-binding DJ sets and masterful approach to production, Cristoph developed an insatiable drive to commit himself to his craft. His steady devotion was rewarded early on with big releases on Selador and Truesoul -- a testament to his budding abilities. In 2016, Cristoph achieved his biggest breakthrough yet, joining Hot Since 82’s white-hot Knee Deep in Sound imprint and becoming the inaugural artist to launch the label’s coveted ‘8-track’ album series. The concept album thrust Cristoph into the international spotlight, with anthemic vocal tracks like “Alone” and “Closer” enrapturing dancefloors around the world. In 2017, Cristoph’s career came full circle, signing to both John Digweed’s legendary Bedrock and Sasha’s Last Night on Earth. With standout releases on both imprints, Cristoph cemented his status as one of the most exciting acts in the progressive world in years. It wasn’t long until he caught the attention of another longtime hero, Eric Prydz. Cristoph would go on to open for the Swedish legend at EPIC 5.0, even becoming a recurring staple at Prydz’s inaugural Hï Ibiza residency. Now, Cristoph has officially joined the Pryda family, becoming the first artist to sign to Prydz’s brand new imprint, Pryda Presents. It’s a definitive nod of approval from one of the scene’s most celebrated tastemakers, and a surefire mark of Cristoph’s blossoming career. With the guidance of Prydz’s team and the support of blockbuster imprints like Bedrock and Last Night on Earth at his back, one can only imagine what’s next for the flourishing Newcastle artist.

Cristoph has been mentioned in our news coverage

Here are the latest Cristoph mixes uploaded to Soundcloud.

Do you promote/manage Cristoph? Login to our free Promotion Centre to update these details.