Warning: count(): Parameter must be an array or an object that implements Countable in /home/vhosts/david.skiddle.com/httpdocs/artists/artist.php on line 212

Warning: Use of undefined constant USER_ID - assumed 'USER_ID' (this will throw an Error in a future version of PHP) in /home/vhosts/david.skiddle.com/httpdocs/artists/artistheader.php on line 29
 Chelina Manuhutu tickets and 2020 tour dates
» Events » Events by artist » Chelina Manuhutu 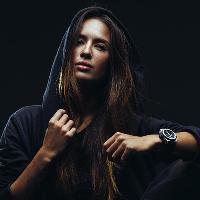 Without doubt one of the most exciting music exports Amsterdam has to offer these days. The Dutch-born Ibiza based producer and DJ Chelina Manuhutu is taking over the underground music scene through her groovy-powerful stream of high quality mixes.

Living and breathing music since her childhood, surrounded by a family of musicians and artists wasn’t until 2011 -after ten years of high level modeling- when Chelina and the music became professionally bound with each other. As it is said “true love never dies”. Since then, she has carved out her own space as top-notch DJ on the electronic industry moving to Ibiza where she is usual at some of the top clubs as Pacha Ibiza or Blue Marlin, alternating her summer appearances in the island with one of the craziest touring schedules worldwide lining up at some of the best festivals as Ultra musicfestival, elrow, and amazing and prestigious clubs all over the world.

She has now evolved into a unique producer of her own right, and has already several highly quality tech-house tracks lined up for a host on some of the best labels worldwide.

Chelina Manuhutu hasn't been mentioned in our news coverage

Here are the latest Chelina Manuhutu mixes uploaded to Soundcloud.

Do you promote/manage Chelina Manuhutu? Login to our free Promotion Centre to update these details.