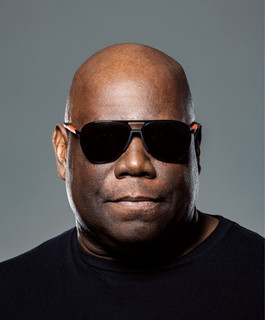 Beginning his career at 15 Carl Cox bought his first set of turntables and took the first steps to his music career, working as a mobile DJ.

His early days were all about Disco until the early 80’s when he followed the same steps as other London DJ’s playing New York hip-hop. Rare groove and acid house.

A leader in Britains dance scene the epic ‘Acid Trax’ by Phuture (a.k.a. DJ Pierre) came out in early ’87.

As a huge supporter in nurturing new talent he launched his first record label, Intec Records until it’s closure in 2006. Realising the need to continue to support the young emerging artists and their music Cox relaunched the label as Intec Digital.

We can’t mention Carl Cox without acknowledging him as the Ibiza legend he is. As a resident for 15 years he helped establish Space as one of the largest clubs in the world. Since the closure of Space he can be seen with his touring clubnight ‘One Night Stand’, DC-10 is one venue that hosts this. He also is part of Resistance at Privilege Ibiza.

To this day Cox is still one of the most in demand DJ’s in the world and is a regular at festivals including Creamfields, Glastonbury, Babylon and many more across the globe.

Carl Cox has been mentioned in our news coverage

Below is a sample playlists for Carl Cox taken from spotify.

Do you promote/manage Carl Cox? Login to our free Promotion Centre to update these details.