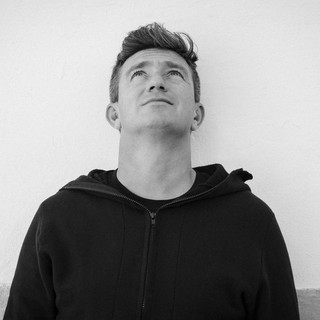 The Old Kent Market in Margate

Layo & Bushwacka! are one of electronic music’s most esteemed duos. Comprising of Matthew ‘Bushwacka’ B, a percussionist in the London School Symphony Orchestra who was converted into a member of the infamous Rat Pack after a warehouse party in ’88, and Layo Paskin, a North Londoner immersed in the acid house scene who met Mr C at one of the legendary Clink Street parties in 1988, before together setting up their world renowned night club, The End. It was via their mutual friend Mr C that Layo & Bushwacka! first met, whilst Matthew was working at his studio, and by the mid 90s the two had started writing music together. Over a decade later, the partnership has yielded three artist albums, three mix albums, internationally renowned club residencies and a superb record label

Their End residency, known as All Night Long, became one of the capital’s most revered nights with Layo & Bushwacka! taking the club through an edifying tour-de-force of electronic music. The night gave birth to their second mix album ‘All Night Long’, following the success of their first ‘The End’ in conjunction with Mr C, also released on XL Recordings, in the late 90s. The album was a perfect reflection of their DJ sets, inspirational, educational and all encompassing it slaloms through all manner of house music and even their own reworks of such timeless classics as Bebel Gilberto’s ‘So Nice’ and Sly & The Family Stone’s ‘Dance To The Music’, all without missing a beat

When The End closed its doors for the last time, Layo and Bushwacka! started the Shake It brand and threw amazing warehouse parties all over London, booking Carl Cox, Richie Hawtin, Magda, Laurent Garnier and many other friends, and created dancefloor destruction for 4 years. The parties were legendary, the energy incredible.

The final album, Rising and Falling, in 2012, was their most electronic and deep work, marking the end of a long journey in the studio, at least for some time to come. Who knows what the future will bring studio wise - never say never!

In 2013 Bushwacka! took some time out to focus on his solo Just Be project while Layo created a new empire in Soho, of world class restaurants, applying his magic touch to everything he does. Five years later, and Layo and Bushwacka! have chosen to start touring again, only on select shows and keeping it special for the fans, old and new. After headlining Glastonbury on the Glade Stage last year Layo reconnected with his love of performing and got the hunger back for the magic they create behind the decks. The future holds many surprises – and it’s great to have Layo and Bushwacka! back doing what they do best.

Bushwacka has been mentioned in our news coverage

Fervor is 40 parties old, and back with a bang featuring Kate Simko (Get Physical) at Basing House on Friday 3rd March.

Ibiza Month Ahead: May

Here are the latest Bushwacka mixes uploaded to Soundcloud.

Do you promote/manage Bushwacka? Login to our free Promotion Centre to update these details.