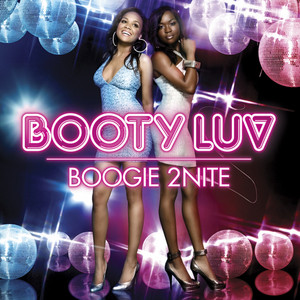 Booty Luv are an English dance group formed in June 2006 via the Hed Kandi label. It is fronted by two R&B vocalists, Cherise Roberts and Nadia Shepherd, both of whom were in the original line-up of the successful hip hop band Big Brovaz.[1] To date, they have released one BPI Silver-certified studio solo album as a twosome, and have had five consecutive top twenty hits in the UK, [2]. They have also achieved international success, gaining hits in Ireland, Australia, New Zealand, Poland, Netherlands and Germany. To date, Nadia and Cherise are one of the few singers to attain UK Top 20 hits in 2002, 2003, 2004, 2006, 2007 and 2009 as part of both Booty Luv and Big Brovaz, as well as achieving the rarity of having three consecutive UK Dance Chart number ones. Their follow-up album, so far untitled, is planned for release in 2010, in which they have worked with producer Fraser T. Smith, the man behind Tinchy Stryder's number one success. In February 2010 it was confirmed that the girls are holding auditions for a third member to join the group.

Booty Luv has been mentioned in our news coverage

Hed Kandi NYE - a Night to Remember at O2

The Cut up Boys Return With Mash up Mix 2007

Below is a sample playlists for Booty Luv taken from spotify.

Do you promote/manage Booty Luv? Login to our free Promotion Centre to update these details.